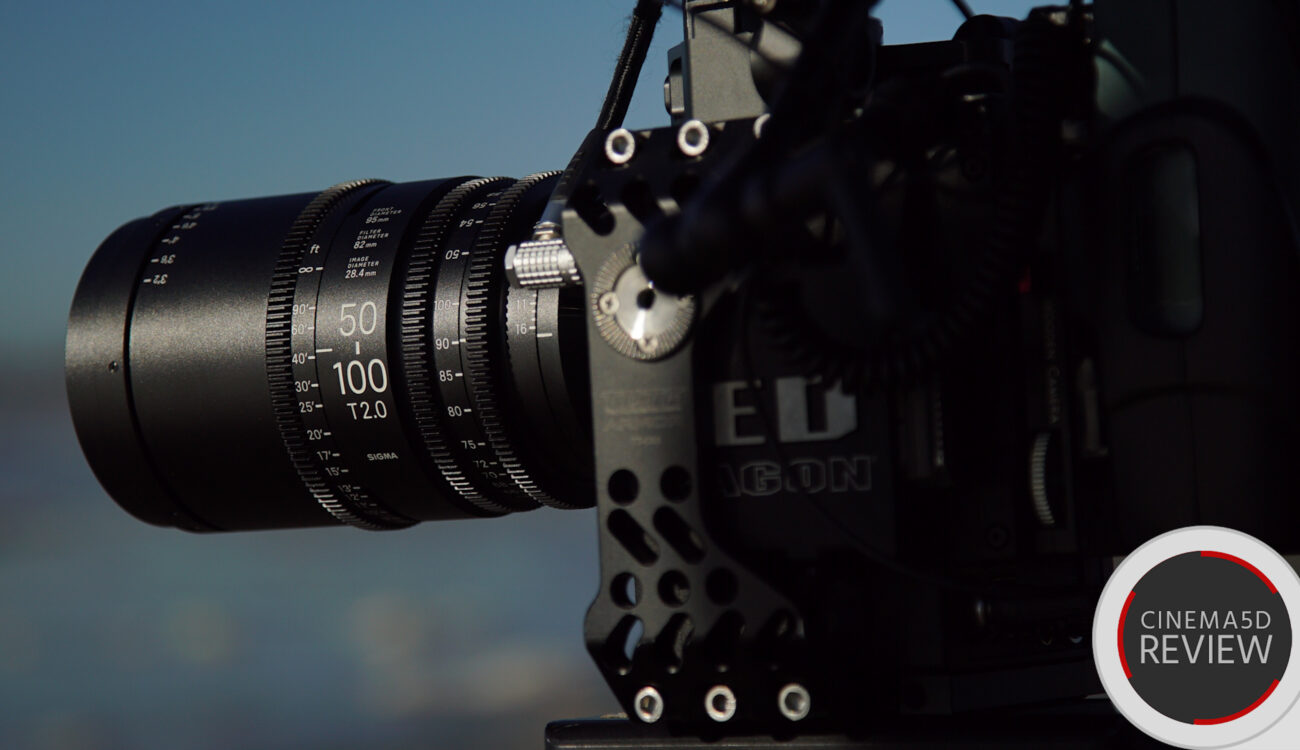 After the launch event at the ASC, I couldn’t wait for the SIGMA High Speed Cinema Zooms to show up on my front porch. Inside the box were the 18-35mm T2.0 and the 50-100mm T2.0, both in EF mount. The best way to test gear, in my opinion, is to take it out into the field and make something with it, so we did just that. In the space of 72 hours, a few friends and I rallied together to shoot a music video, starring the very talented singer-songwriter Tolan Shaw and using no other glass but these SIGMA Cinema Zooms. The music video and all my thoughts on the cinema zooms are below: 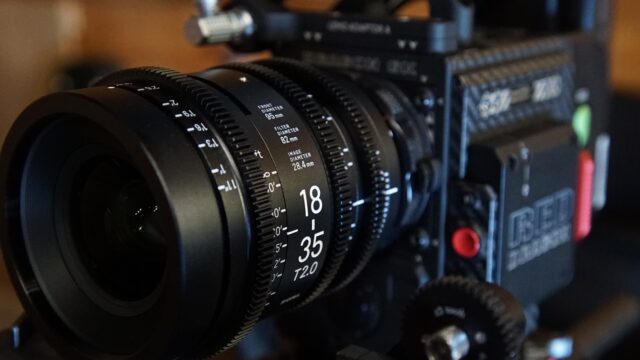 We seem to be entering the golden age of affordable cinema zooms. The Canon CN-E 18-80mm T4.4 Servo Zoom boasts a price tag of $5,225.00 and manufactures like ZEISS and Angenieux now both have zooms in the $10,000 range. Being an owner/op of a cinema zoom package has never been more achievable, and with SIGMA’s High Speed zoom line coming in at a $3,999.00 price-tag, buying one or two is an option for many. But are they worth the money?

First off, I should mention this is not a “technical” test, but merely a test of what it’s like to actually shoot images with these lenses in the field. Both SIGMA zooms feel substantial and not cheap in any sense when you lift them out of the box. Both are constructed from metal, and their constant aperture throughout the zoom range is refreshing. T2.0 makes them the fastest zooms in this price category when compared with the Angenieux EZ line and the Zeiss LWZ line. Tokina, on the other hand, matches SIGMA’s pricing with two wide-angle ATX-branded cinema lenses, but they are both T3 and it seems only the 16-28mm is shipping so far.

After a bit of hurried pre-production, I put together a music video shoot conceptualized by Director Rin Ehlers Sheldon for Shaw’s new single “Never Known,” and with the SIGMA 18-35 T2.0 and the 50-100 T2.0, we set off to put the lenses through their paces on a working set. We shot this music video over the course of six hours, pairing the new SIGMA cinema zooms with a Red Epic Dragon and Red Epic Weapon. Watch here:

You can get a copy of the track here.

It was important to me to shoot something in low light conditions. Both lenses lived at T2.8 for most of the day, and occasionally dipped closer to T2.0 for a few shots. We never went to F4 at the request of the director. Occasionally, we hit 1000 ISO on both cameras, with the Weapon going as high as 1250 at one point. Neat Video was used to de-noise a single shot. 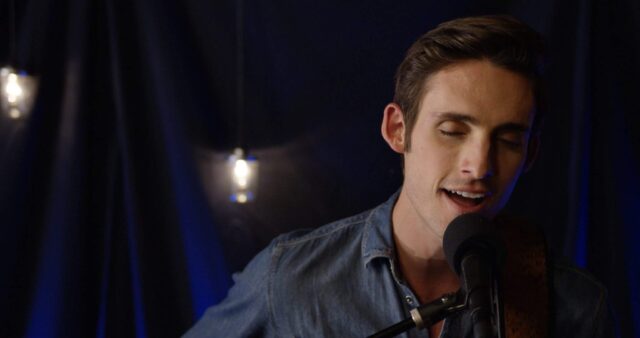 AC Jose Valdez pulled focus throughout the video using my Bartech Wireless Follow Focus. The first thing Jose said when he came to set and saw the lenses was, “Hey! They glow.” The luminous paint used for all markings on the lenses do indeed make an impression, but more importantly they make the markings actually readable in full darkness for anyone on the camera team. So far so good. The Bartech motor also never once slipped from the 0.8mm grooves in the focus ring of the SIGMA for the entire shoot – something that has happened to me occasionally with other lenses in the past.

Obviously, all brands of cinema zooms tend to be on the heavier side when compared with primes, and the SIGMA versions certainly have a little heft to them at roughly 4.1lbs each. This puts them squarely in the same weight class as the new 4.5lbs Zeiss 21-100 T2.9-3.9 Lightweight Zoom. Again, I should mention that both zooms feel really well machined, so I would trade more metal being used in the design versus saving half a pound of weight any day. I went handheld with the 18-35 and the RED Epic Weapon several times throughout the day, and eventually began to feel the weight after an hour or so, but still remained very manageable. There have been many shoots where I felt a device like an Easyrig was absolutely necessary, but while shooting with this setup I didn’t feel that to be the case.

No surprises here, but I do miss having a servo on these lenses when it comes to one-man doc shooting. I’ve spent a lot of time shooting doc work with the significantly more expensive 19-90 Cabrio, and I love using that servo motor for zooming.  Given the parity between focus rings and aperture ring spacing on these zooms it might be possible for a 3rd-party servo to come to market at some point, if not a SIGMA-branded servo.  I did eventually, with a little practice, get into a good shooting rhythm with both zooms, despite the servo limitation. 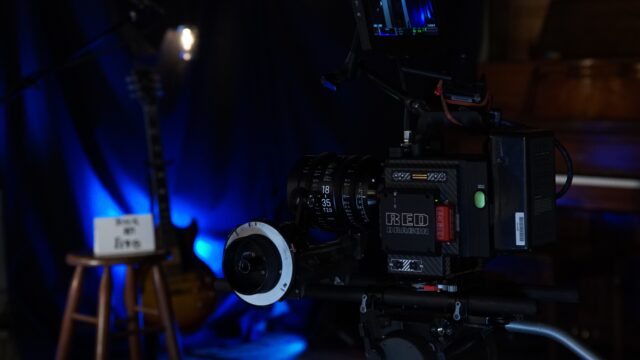 SIGMA ART lenses have been a fixture of my traveling kit for a while now, especially the 50mm, and the gorgeous ART pedigree is evident with these zooms, but they don’t feel like simply re-housed cousins of the still lenses. Without taking a screw driver or band saw to these lenses, it is difficult to see what is going on under the hood, but the cinema line clearly isn’t an afterthought for the manufacturer, despite the affordable price tag. Both lenses felt very sharp to me at T2.8 and displayed less focus breathing (re-framing the composition when focusing) to my eye when compared with the SIGMA stills version of the 50-100.

Just like with the ART lenses, the bokeh looks great to me at T2.8, providing a little depth behind the subject — in this case, a bird outside my favorite pie shop in California. The below, unfortunately compressed, picture was shot at 100mm/T2.8 in 2K on the Red Epic Dragon. 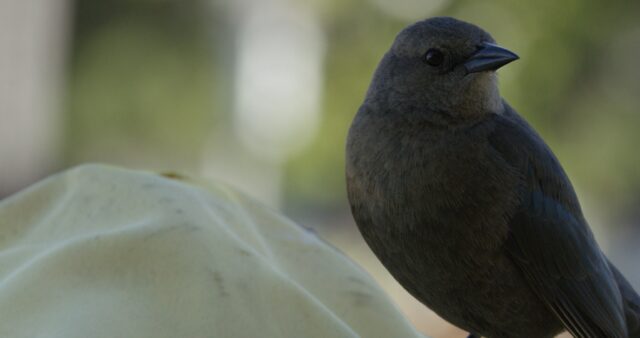 The flares from these zooms look great to my eye and have a much more natural feeling than the Zeiss CP.2 primes in my opinion. No complaints here. Though not anamorphic, let’s call these lens flares JJ Abrams approved. 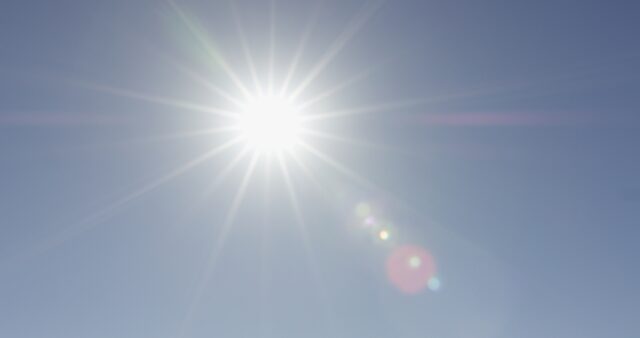 There was no visible vignetting on my RED Epic Dragon on the 50-100 T2.0, but the 18-35mm started to vignette at 6K when zoomed all the way out to 18mm. So, I would not recommend the 18-35mm for 6K and 8K work, but SIGMA is expected to release a full frame 24-35mm T2.2 soon that will cover the Helium sensor on the RED Epic. Of course, for the vast majority of the industry not shooting in 8K or even 6K, these lenses will do just fine at 4K and 5K on a Super35 sensor. 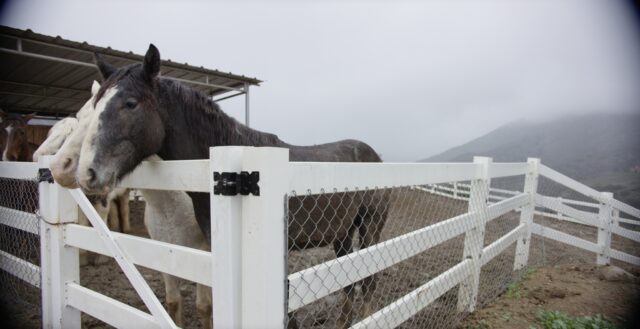 The aperture range of both lenses is between T2.0 and T16, and at noon on the beach I missed being able to stop down to T22. Not a big deal with screw-on ND filters, built-in selectable ND (not on my RED Epic) or a Matte Box with filters, but in a run & gun doc situation with little time to spare and no ND filters around, I would have at least liked the option to go to T22. Both lenses have 82mm threads for a simple screw on filter in the front, which is nice and helps keep your rig handheld-friendly if needed. In a commercial or narrative situation with a lighting and grip department, this is obviously a non-issue, but it is important to mention as it is relevant to the work of many cinematographers buying a zoom at this price range.  If you’re one such cinematographer, make sure you have NDs that are fit for your run and gun scenarios. I found the minimum object distance of 3ft on the 50-100 T2.0 to be just too far away for some shots, but this isn’t a macro lens and it isn’t pretending to be.

Yes, they are very much worth the money.

In a cinema lens marketplace that’s becoming steadily more competitive, SIGMA has created a disruptive product with a price point that will be tough for other manufacturers to beat. Despite being cheaper than much of the competition, these lenses don’t feel or look cheap. Rather, they produce deluxe images comparable to much more expensive glass. SIGMA has a busy 2017 ahead of them with a whole set of primes on the horizon as well as the full frame, slightly slower (T2.2) zoom slated to hit stores. I, for one, can’t wait.

What do you think? Do the SIGMA High Speed zooms have a spot in your kit in 2017? Comment below.