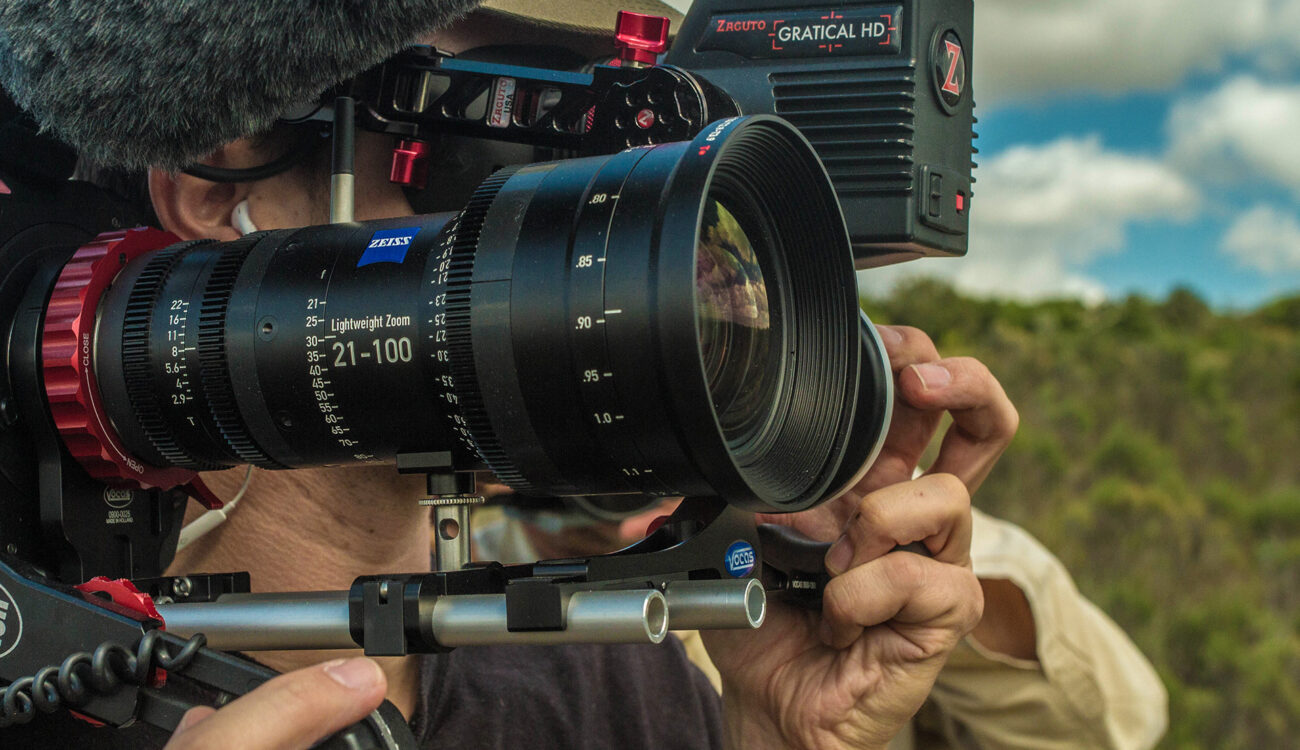 ZEISS just officially announced a new lightweight cinema zoom, the first in many years: the LWZ.3 21-100mm. It starts at T2.9 and gets a stop slower at the far end, down to T3.9.

For a cinema zoom, it is extremely compact and lightweight at 2kg (4.4 lbs). To me, this is almost the perfect documentary zoom lens. How do I know? I used a pre-production version of this lens while shooting our anti-poaching documentary Through the Thick, which I reported about before on cinema5D (click here) and which you can watch below.

As a regular documentary shooter traveling the world and often covering factual content with large-sensor cameras like the FS7 or C300, I know how often I see myself with the wrong lens at the wrong time, especially when being forced to use photo zooms like a 17-55, 24-70 and 70-200mm. If something unexpected happens, you may not have the time to change lenses, but that’s one of the downsides of working with large sensors: they also mean large(r) lenses.

Shot on a pre-production version of the ZEISS LWZ.3:

The LWZ.3’s zoom range of 21-100mm is a great compromise – it’s wide enough for most practical purposes on documentary shoots (although of course, a few more millimeters make a big difference on the wide end), and it’s long enough for getting a close-up of anything not too far away from the lens.

This new ZEISS zoom covers only Super35mm sensors, which is a complete deviation from recent ZEISS Cine lenses such as all Compact Primes or Compact Zooms, which were designed to cover the full frame 35mm photo size sensor. I actually think it’s a great idea because, aside from the RED line of cameras, there are still no cinema cameras on the market that have a sensor larger than Super35. Designing the lens this way means that it is considerably smaller (226mm long) and lighter than its Compact Zoom counterparts, which can get quite heavy on the shoulder when used for extended documentary shoots.

Practically all the “real-time” action shots in the documentary above were shot with this lens, which was attached to a Sony FS7 using a PL Mount Adapter from Vocas. Like most other ZEISS cine lenses, however, the LWZ.3 uses the Interchangeable Mount System (IMS), which allows you to change the mount to PL, EF, E, F and MFT. During our shoot in January, the pre-production version we used was PL only, which is why I used the adapter.

We have seen a few manufacturers announce or release less expensive zoom lenses that cover the whole range needed for documentary filmmaking, and many of the available options were too big and heavy for constant documentary work from the shoulder. For example, the Fujinon Cabrio series (pricey) or the Canon 17-120 Servo Zoom (very expensive too) are both really great lenses, but oftentimes out of range for the average documentary production, even for rental. Canon announced their Cine-Servo Zoom 18-80 during NAB, but it’s only a constant T4.4 which isn’t great for both creative and practical reasons. The LWZ.3 is surprisingly affordable for a ZEISS zoom lens: its suggested retail price is just below $10K.

This lens will definitely have quite an impact on the market, and its versatility seems to be unmatched by any others. The only thing that’s really missing is a servo unit for the lens, but ZEISS has been teasing one for their zoom lenses for quite a while now, and it seems to be around the corner as well. Offering a separate, optional servo unit means they are also able to keep costs down on the lens overall compared to the competition.

We will release a full review of this lens in a few weeks alongside a behind-the-scenes featurette shot specifically about the ZEISS LWZ.3 in South Africa alongside the documentary shoot, and I will share more of my experiences with this lens then.