I recently returned from a documentary shoot in South Africa, where thanks to G-Technology and ZEISS (who sponsored this production), my crew and I were able to produce a compelling piece about the efforts taken against the poaching of rhinos. The rhino is a severely endangered species, with the black rhinoceros now considered critically endangered or even extinct. This is mostly down to illegal horn trade, where the entire animal is killed in order to “harvest” only the horn of the animal, mostly because of beliefs by traditional Chinese medicine that the horn inhabits particular qualities that are useful for various medical issues (and which has been proven to be wrong by many scientific studies over and over again). 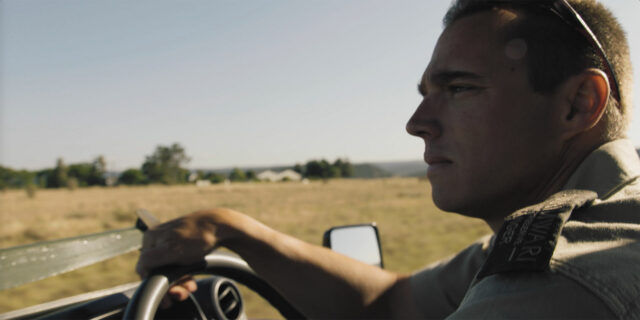 We shot this documentary in the Shamwari Game Reserve in the Eastern Cape province of South Africa over the course of just 4-5 days. I teamed up with the Falk Eggert’s and Nic Divischek’s production company Highspeedworx based in Cape Town, who specialise in high speed cinematography with the Phantom Flex4K camera. With it, we were able to get amazing slow motion shots of animals in the wild. 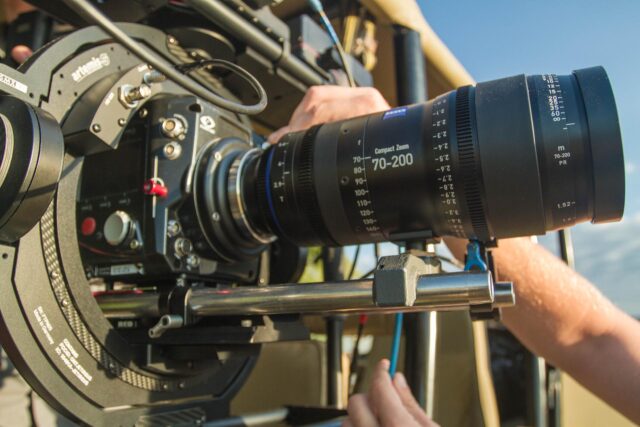 Phantom Flex4K with the ZEISS Compact Zoom 70-200 in an Artemis Maxima gimbal. 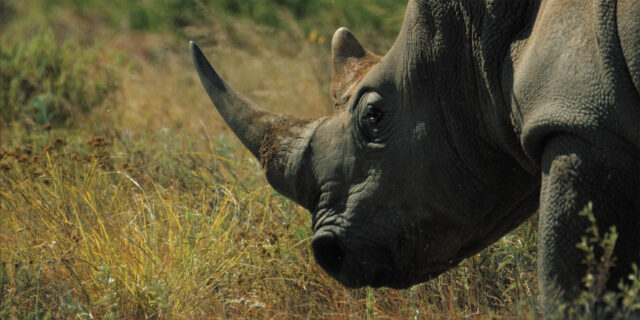 The main documentary camera was a Sony FS7 with ZEISS lenses on the shoulder, plus two Sony a7S cameras for MøVi shots (e.g. car tracking shots) and behind-the-scenes and a RED DRAGON for some special shots that required more highlight retention. We also had a FoMa Maxima gimbal (which we reported about here) to experiment with particularly long lenses (like the ZEISS Compact Zoom 70-200mm) in a moving vehicle at higher velocities. In a game reserve, it’s often not possible to leave the car because of safety concerns and the fact that you might scare away the shy animals, so versatility in your gear is a necessity. I will be writing a separate post about lens choices on this production sometime later, with a behind-the-scenes video to go with it. 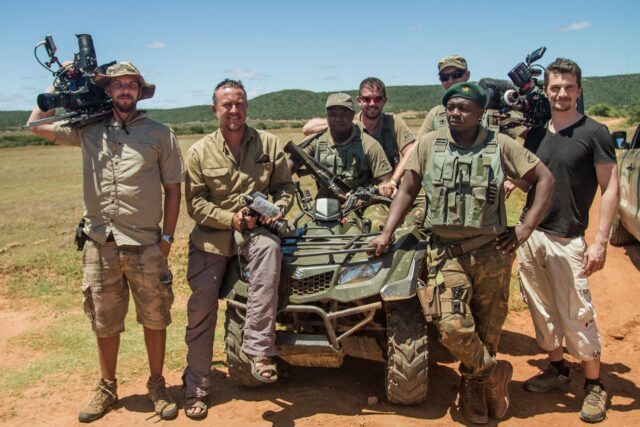 This is a project with a very fast turnaround from concept to screen, we are talking about little over a month, including all the necessary traveling. The immense amount of 4K high speed data we had to wrangle was only possible to be stored thanks to the generous support of G-Technology, who supplied us with the G-Speed Shuttle XL RAID for this shoot (separate post will follow).

Without the unbelievable efforts of everyone involved, this would not have been possible – everyone who worked on this was invaluable, and we were a very small team. As director and cinematographer of this piece, I want to particularly highlight the unrelenting efforts that Nic Divischek in South Africa (as producer and operator on the ground, with his great partner Falk Eggert) and my cinema5D partner and friend Sebastian Wöber (as editor in Vienna) made to make this film to what it is now. And of course the people working on the Shamwari Game Reserve, without their support we would have nothing at all.

Feel free to shoot any questions you might have and I will gladly answer. There will be separate posts highlighting different aspects of this production in the near future – with the first one covering the storage workflow of Phantom Flex4K and other footage with the G-Speed Shuttle XL RAID. 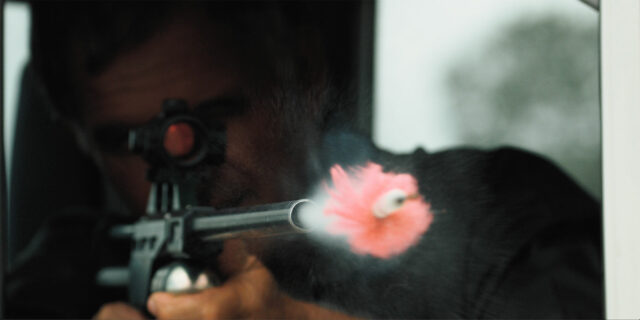 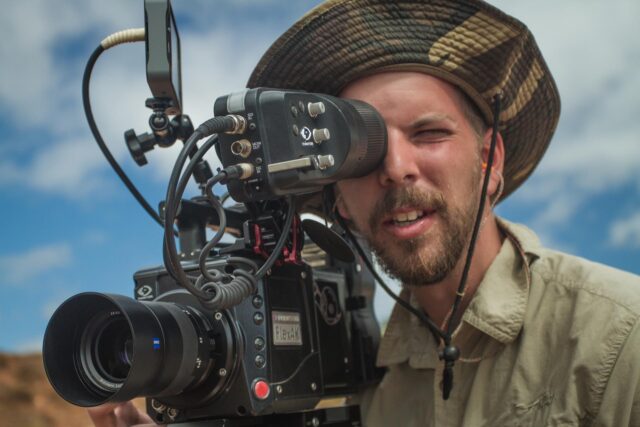 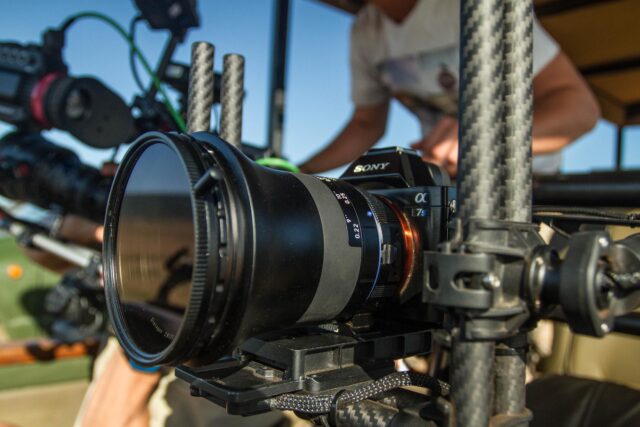 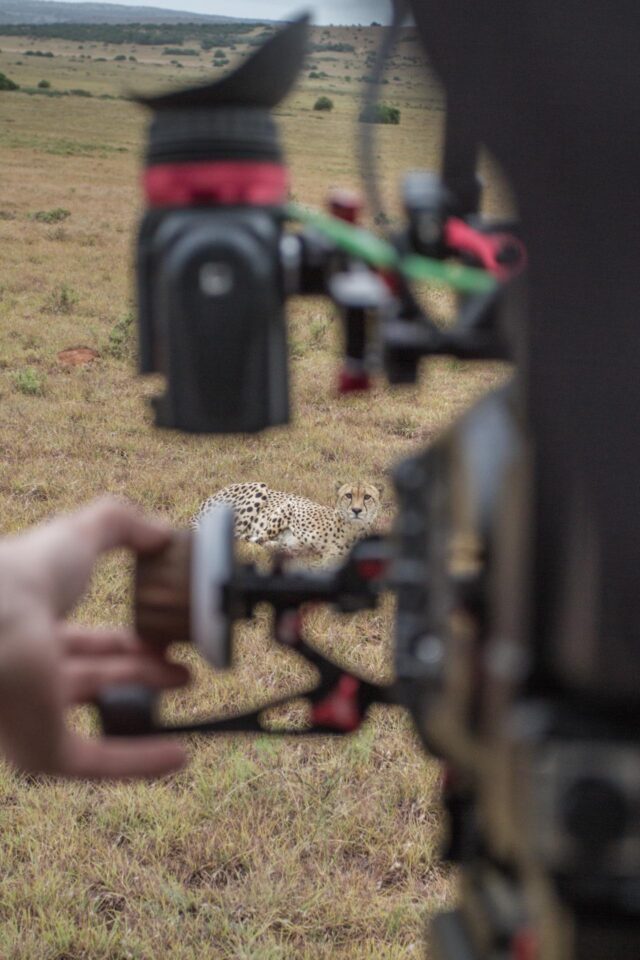 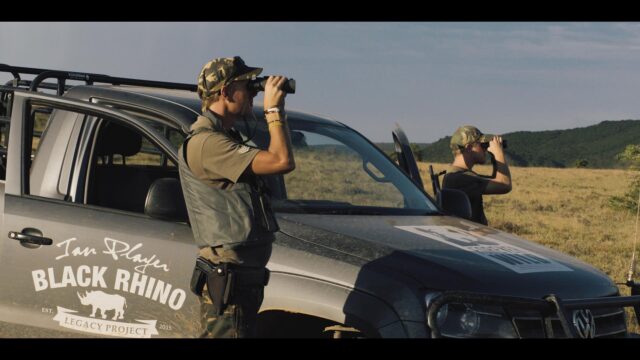 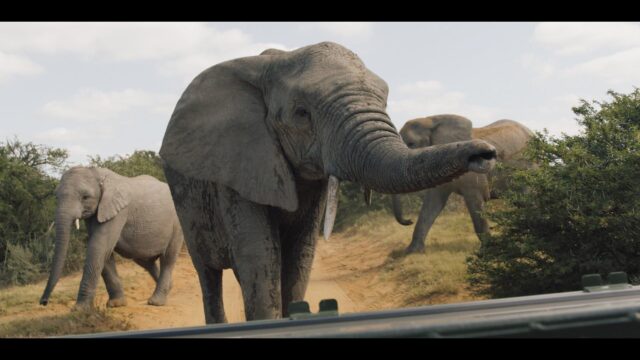 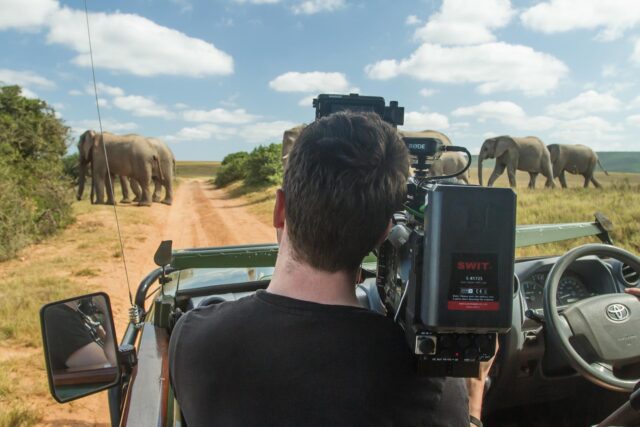 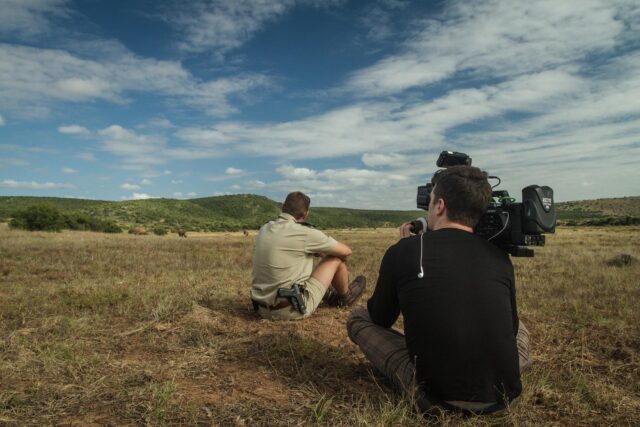 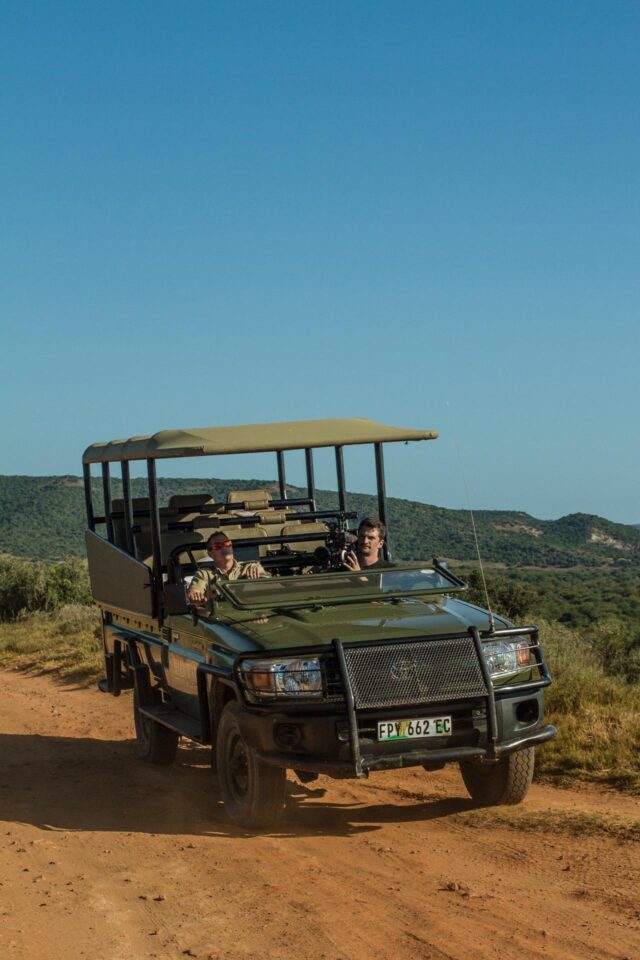 Nino, If you want, I can make a version with Chinese subtitles – then I’ll throw that up on Chinese media sites like QQ and wechat etc.. I’m in China myself shooting a self-funded doc for the last five years now and I’m happy to go around to all the little Chinese Herbal Medicine shops I see about the place and play it on my iPad to the shop keepers. HK actually has more shops selling rhino horn over the counter then I see on the main land btw.

Great work Nino! I appreciate you sharing this.

Thanks Christopher! My pleasure.

Hey Nino, which colour profiles did you use to match up the A7S and FS7. We’ve not had a great deal of success getting any consistency colour-wise when we shoot log.

Yeah we had a hard time matching them too, because I resorted to Cine 5 because it was too bright for Slog 2 native sensitivity at ISO 3200 even with the screw-on ND filter … so I needed to choose something with a lower ISO. Grading was extremely hard but we only have a few a7S shots in this piece so it wasn’t too difficult.

Gosh….just watched it again. Amazing work? well done and thank you for sharing. Where is your next stop? South Korea ??

Thanks Day! No I want to go back and make this a proper long form documentary … there’s much more to this story …

Good choice. I believe you can make us look through the looking glass ? keep up the good work ?

Excellent Nino looking forward to it and supporting you.

Thanks a lot Eduardo!

Thanks for making this film Nino. Great in every way.

wow.. cinematic and very nice story. Got some really beautiful and emotional shots. Especially when they cut off the rhinos horn and the team is stopped by the elephants. You guys must have been a bit nervous when they were warning you to come closer. uff.
You can put this to any channel out there with this quality. The music is excellent chosen as well. A milestone.
The only point for me… a bit too many slomo scenes. ok… you loved to use the phantom ;-) Fully understand.

Thanks Pedro, much appreciated! Yes we were very nervous in that moment and it actually hurt to see that … but it was an adrenaline-packed first shooting day.

Yes I am aiming to get this on TV, possibly work on a longer version … working on offering the content to stations now, possibly going back to shoot more as I have researched more about the subject and there’s much more to tell.

Thanks Roberto! Yeah I know I guess we went a bit crazy with the Phantom Flex4K but it’s just too good not to use. We will definitely shorten down the slow mo stuff when working on a longer version for TV.

What was used for the opening shot?

That was a DJI Phantom 3, and the pilot is actually Andrew Kearney (the ranger), he owned one.

Thanks. It’s a beautiful shot.

Just think what you could do with the Phantom 4…

So awesome! Thanks for sharing.

Excellent work. Thank you for sharing!

Great work, so amazing! Thanks for sharing!

Nino Leitner, AAC is a DOP and filmmaker based in Austria, but travels extensively for his work. He works on documentaries, commercials, corporate films and at times a narrative piece. He is co-owner of cinema5D and a studied Master of Arts.

Create CineD Account
mode_comment38
We use cookies to ensure that we give you the best experience on our website. If you continue to use this site we will assume that you are ok with it. Learn More