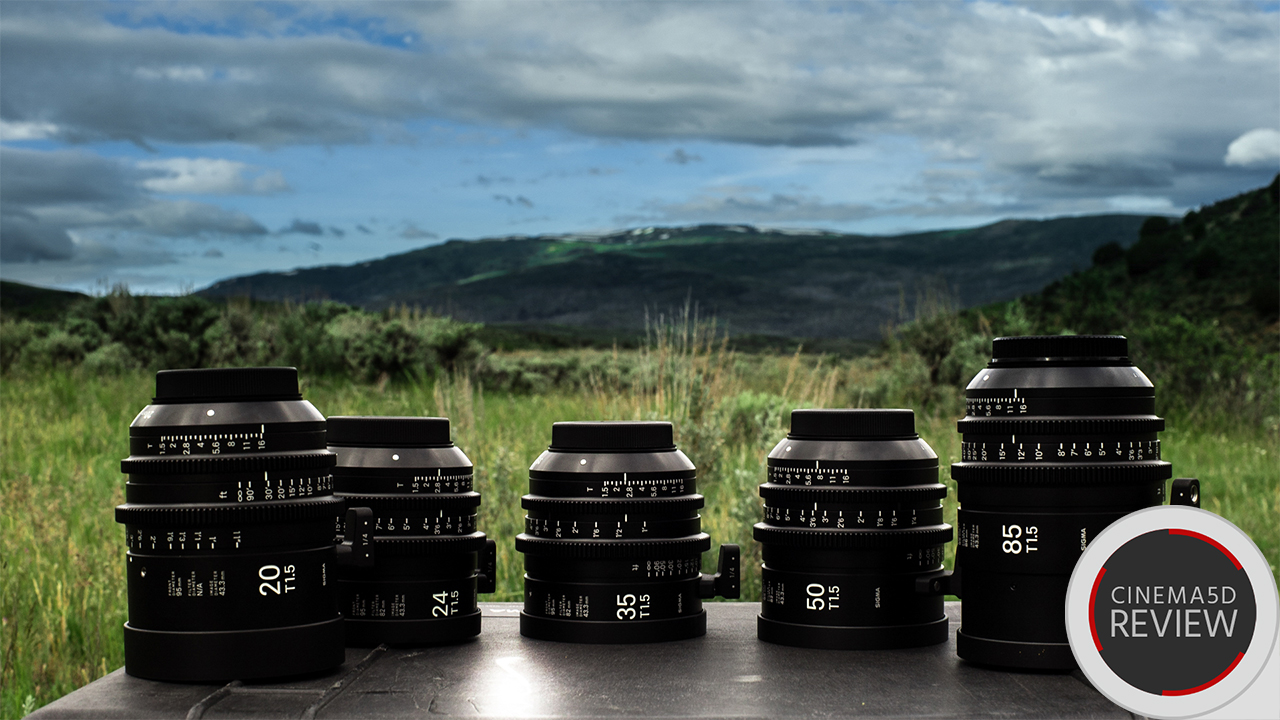 Lens manufacturer Sigma followed up the launch of their cinema zooms with an impressive array of Sigma cinema primes. I took the new lens family consisting of a 20mm, 24mm, 35mm, 50mm and 85mm out for a spin in this field review. 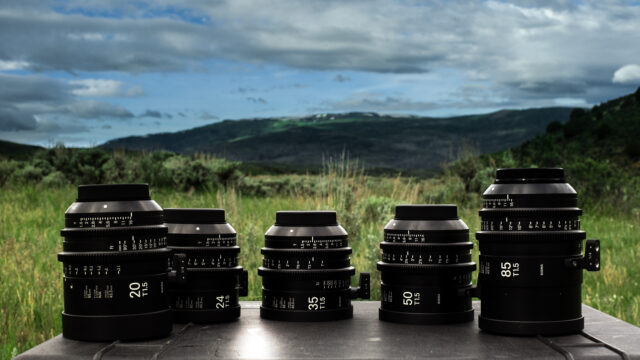 I’d been hoping to get my hands on the new Sigma cinema prime line for a field test ever since stopping by their booth at NAB 2017. Luckily I had a project recently that allowed me to take these lenses out into some rugged surroundings in Utah for a little shooting. I paired the lenses with the RED Weapon 6K, Canon 5D MK III and the Sony a7s I and II.

First off, not only do these lenses feel great to the touch, they also feel bulletproof. Their robust metal casing means you certainly notice their weight when lifting them out of their travel case (which comes included when you buy the set). 2.7lbs/1.2kg for the 20mm means they are certainly on the hefty side but, while I didn’t have a chance to shoot much handheld on this project, I didn’t really notice the added weight at all when I paired the Sigma cinema primes with an already heavy RED Weapon body.

This set was clearly designed with ease of use in mind. The lens control rings for focus and aperture have 0.8 modded gears that are placed consistently – perfect for quick lens swaps. 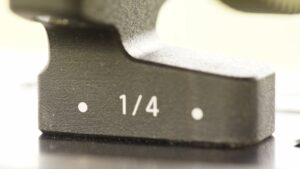 The mounting shoe (pictured left) is a nice touch, though I would recommend using both screw holes to avoid the lens spinning on the tripod plate under stress. Of course, if you need to remove the mounting shoe for any reason, you can do so by pulling two screws that feed into the base of the lens. I like that the labelling of the shoe leaves little ambiguity about what type of screw is needed to mount to your tripod. Like all the external markings, the 1/4 label is painted using luminous paint.

The photo below shows off the luminous paint job on the 24mm T1.5 at night. You might think at first that glow-in-the-dark paint is anything but a star feature, but after having used this set you’ll consider glow labelling a standard. Whether in the chilly darkness of a studio atmosphere, or a remote location far from the lights of a city, this feature is certainly a welcome assist.

Sigma promises build quality that resists dust and moisture, and after subjecting the lenses to all manner of environments in the mountains of Utah I found each of the control rings to be as smooth as the day I received the set. In my opinion, this set would hold up very well in a rental house with a fast turnover of different users. 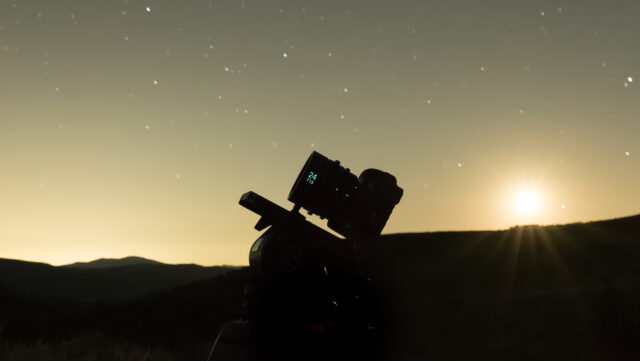 Just like with the Sigma cinema zooms, I personally really like the flare out of these lenses.  While every sensor is a bit different, I like how the Sony a7s I and the Sigma 20mm handle the flare from the lantern in the bottom left of the night-time image below. 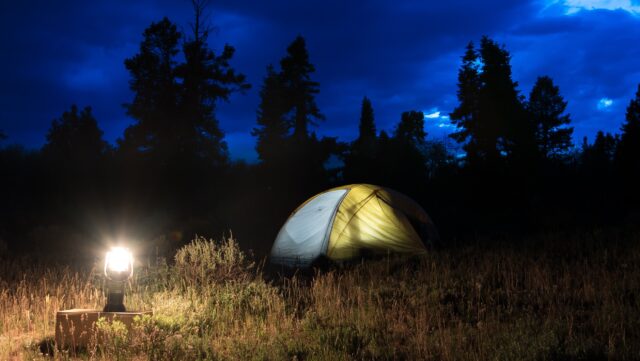 I noticed very minimal aberration when working with the Sigma cinema primes in the field and I loved the sharpness of the image straight out of these lenses. When compared with Nikon and Canon I found the Sigma to be on the sharper side, but not negatively so. The T1.5 allowed me to get as much light into the camera as possible for long exposure photos such as the one below (there is some softness in tree below given the exposure time), though I still had my ISO cranked up to 8000 for this shot of the Milky Way. I did apply some noise reduction using Lightroom, but otherwise this is straight out of the Sony a7s I with the Sigma 20mm T1.5.

The image itself didn’t feel particularly cool or warm to my eye and I didn’t see any added color cast. In short, if you’ve used the similarly well-built Sigma ART series of lenses, you’ll feel good about the image out of these Sigma cinema primes.

Note: While I was only able to test up to 6K resolution for this shoot on a RED the primes do cover full frame sensors. 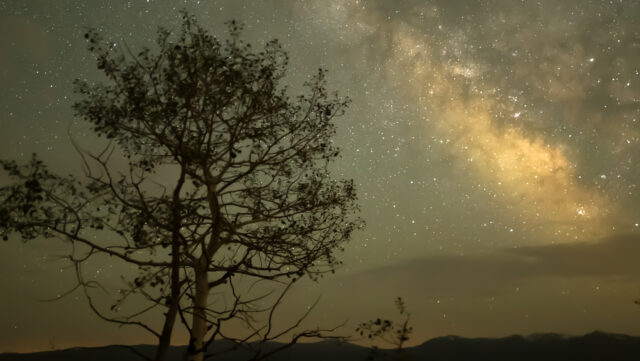 A standout design feature is the ability to screw 82mm filters or a screw-on matte box directly onto the 24mm, 35mm or 50mm. I had a Chrosziel Matte Box (82mm step ring) with me, and was able to mount the matte box directly onto the Sigma 35mm T1.5 and 5D MK III (pictured). I’ve found most screw-on Matte Boxes to be too heavy for Canon L lenses, but these metal Sigma primes handled the weight just fine with no wiggle. 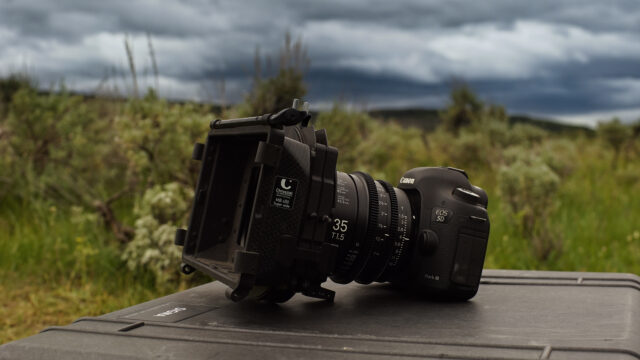 The 85mm lens has a filter diameter of 86mm and the 20mm unfortunately doesn’t have filter threads, but the entire set has a common front diameter of 95mm allowing for one matte box donut to cover the entire set provided you are mounting the matte box on a 15 or 19mm rail system. I use railmounted matte boxes for most of the projects I shoot, so I don’t find the lack of a common filter diameter to be an issue.

You can purchase each prime for $3,499 or you can buy a 5-lens set for $16,270. Buying the full kit saves you a little over a grand versus purchasing each lens individually and comes with a sturdy hard case. Unfortunately, the 5-lens set doesn’t include the newly-announced 14mm T2.0 cinema prime or the Sigma 135mm T2.0, both of which would be welcome additions to a kit given their respective focal ranges.

Update: Sigma just announced they are releasing a new 7-lens kit of their Sigma cinema primes for $24,799 that will include the 14mm T2.0 and the 135mm T2.0, which are priced individually at $4,999. The lenses will begin shipping in July. 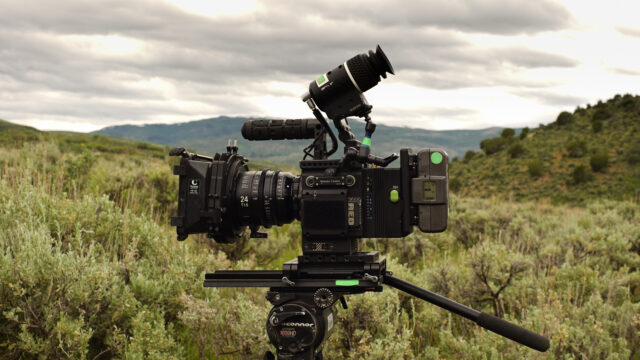 If you’re a cinema youngster whose kit is rather sparse, the price may feel a bit steep to you. In that case, you can spend $500 more and pick up one or both of the Sigma Cinema Zooms, and you’ll be off to the races. If you’re looking to get more serious, you’ll be hard-pressed to find a better-priced prime with even a comparable build and aesthetic. By far these are the highest-quality make of a cinema prime that I’ve seen in this class.

I can see this set serving DPs in both budget indie narrative and commercial applications alike. Even on a budget production, using these primes wouldn’t feel or look like much of a compromise to a client/director, versus higher price-point cinema glass. The optics truly are much richer than what you are paying for.

If you are looking to make the jump from stills optics into cinema glass, then you won’t be able to find a much better springboard than with the Sigma cinema prime set. These lenses are full-frame future proofed, built to last, gorgeous-looking and promise to have a home in your kit for years to come.

Available Mounts: All of the primes are available in Sony E, EF or PL mount. Both the Sony E and Canon EF mounts may be swapped at Sigma service centers.

Does this new set of cinema primes have a place in your kit? Let us know in the comments below!