Hot on the heels of this year’s CP+, which took place in Japan, our own Johnnie Behiri had the opportunity to chat with SIGMA’s Yamaki-san about the brand-new lineup of native Art lenses for Sony E-mount. 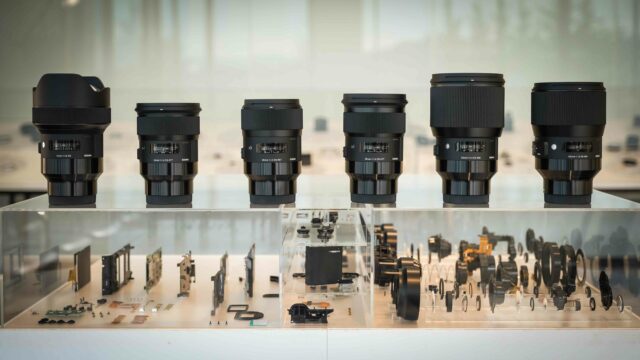 SIGMA’s lineup of Art labled lenses is extremely popular due to excellent optical performance and build quality. But although these lenses are available for a range of mounts including Canon, Nikon, Sony A and SIGMA, you couldn’t get a native SIGMA Art lens for Sony E-mount. Until now.

Until now you needed an adapter to get a SIGMA Art lens working with the Sony A-series cameras. SIGMA itself offers one such adapter, the MC-11, which adapts Canon EF glass to Sony but doesn’t support all the features the given camera has to offer: Sony’s continuous AF (AF-C) and high-speed autofocus unfortunately don’t work with the MC-11. 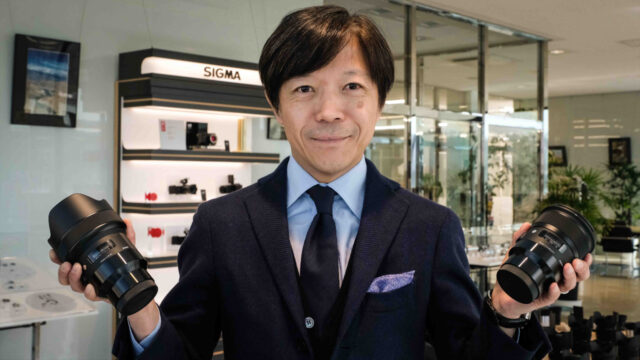 Yamaki-san with two of the new SIGMA Art lenses for Sony E-mount.

Fortunately, SIGMA just announced a whole new lineup of native Sony E-mount, and this time all the features are there: AF-C, in-camera image stabilization and in-camera lens aberration correction, which includes corrections for peripheral illumination, chromatic aberrations, and distortion. And, according to SIGMA, these native Sony E-mount lenses feature a

The new Sony E-mount lineup includes nine new lenses so far. But Yamaki-San hints at a few other family members yet to be revealed. For now, this is the complete lineup:

The 70mm f/2.8 Macro and the 105mm f/1.4 are new additions, while the other lenses were already available for other mounts. As with all SIGMA Art DG glass, these new lenses cover full frame sensors found on Sony’a a7 and a9 range of cameras. 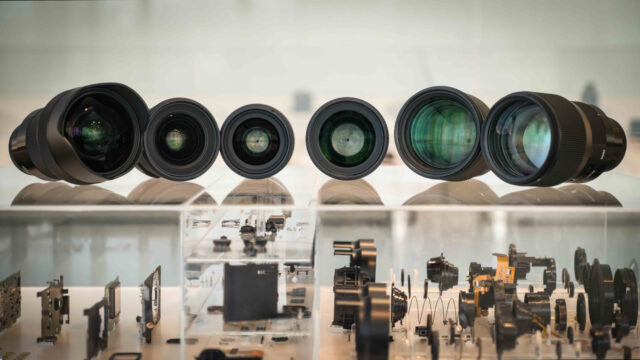 If you have a bunch of SIGMA Art lenses with, say, EF mount laying around already, you also can make use of SIGMA’s mount conversion service. That way you won’t have to buy each and every lens a second time once you change your camera system of choice.

What are your experiences with SIGMA glass and especially the Art series? Is the addition of Sony E-mount something you appreciate? Share your thoughts in the comments below!