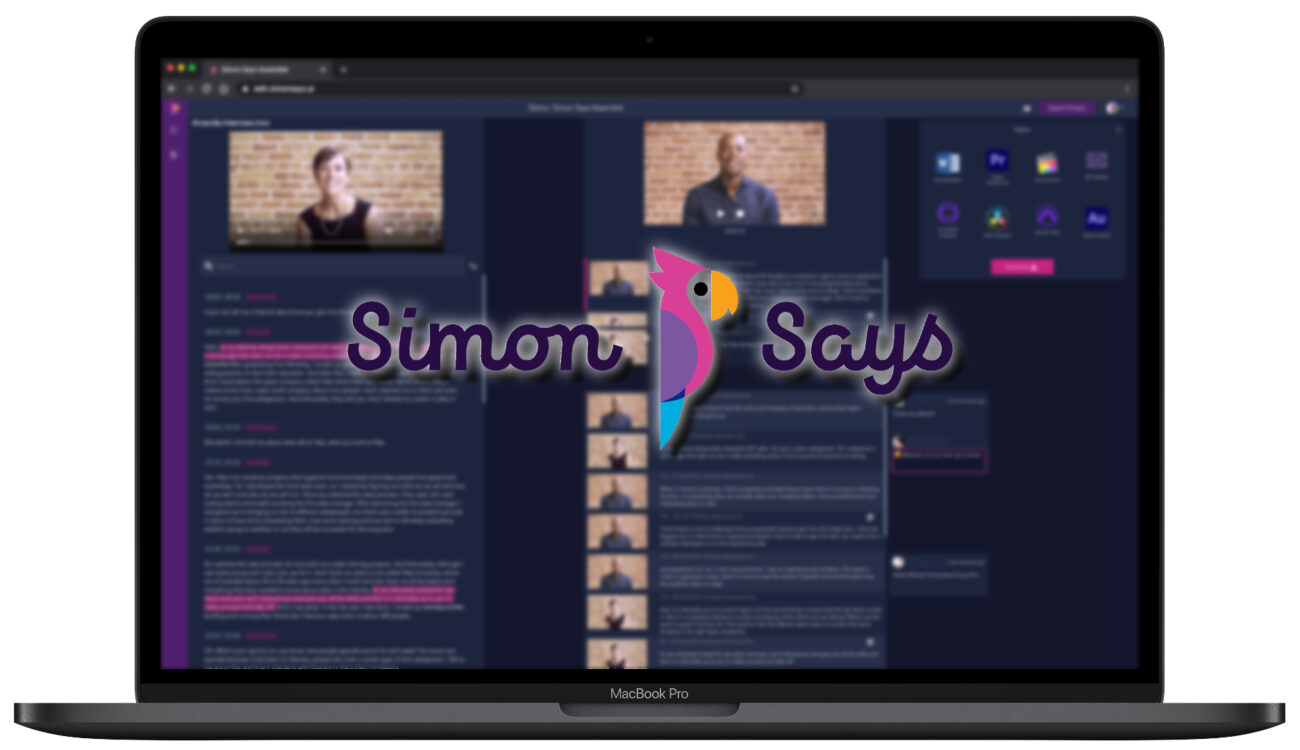 The transcription platform Simon Says today expands its offer with Simon Says Assemble – a new product that allows production teams and filmmakers to quickly create a rough cut of a story for further editing. Assemble can import and transcribe interview footage and dailies, highlight the key soundbites in the transcription, and you can then simply drag and drop the soundbite text into the desired order to create the story’s spine.

Simon Says is a timecode-based AI transcription platform that automatically converts spoken text in an audio track into written text. That makes it useful when creating subtitles, script, or translating a video. Simon Says can export to multiple formats for easy integration with most NLEs and it is compatible with many languages. Earlier this year, Simon Says launched the on-premise transcription tool, later the company added DaVinci Resolve integration. Today, Simon Says launches a new product called Simon Says Assemble – let’s take a short look at it.

According to its creators, Simon Says Assemble speeds up the process of building the story before even stepping into the edit suite. While transcribing, it enables users to search, highlight, order, and reorder soundbites directly in the transcript to add them to the timeline.

With a story locked, it can be exported to the preferred NLE (Adobe Premiere Pro, Avid Media Composer, Apple Final Cut Pro, or DaVinci Resolve). The XML automatically re-creates the assembled timeline and seamlessly relinks the media at the correct in and out points.

It saves time by eliminating scrubbing through audio to find a soundbite, flipping between highlights on a transcript, implementing edit notes, and exports trying to get signoff. Additionally, teams can edit, discuss, and sign-off on rough cuts from the web. These are the key features of Simon Says Assemble:

For existing Simon Says users, Assemble is available now via their dashboard. The company is offering a free demo and test version of Simon Says Assemble. The exact pricing has not been announced. We will update the article as soon as we get the information.

Do you use Simon Says transcription software? What do you think about the new Simon Says Assemble? Let us know your thoughts in the comments section underneath the article.