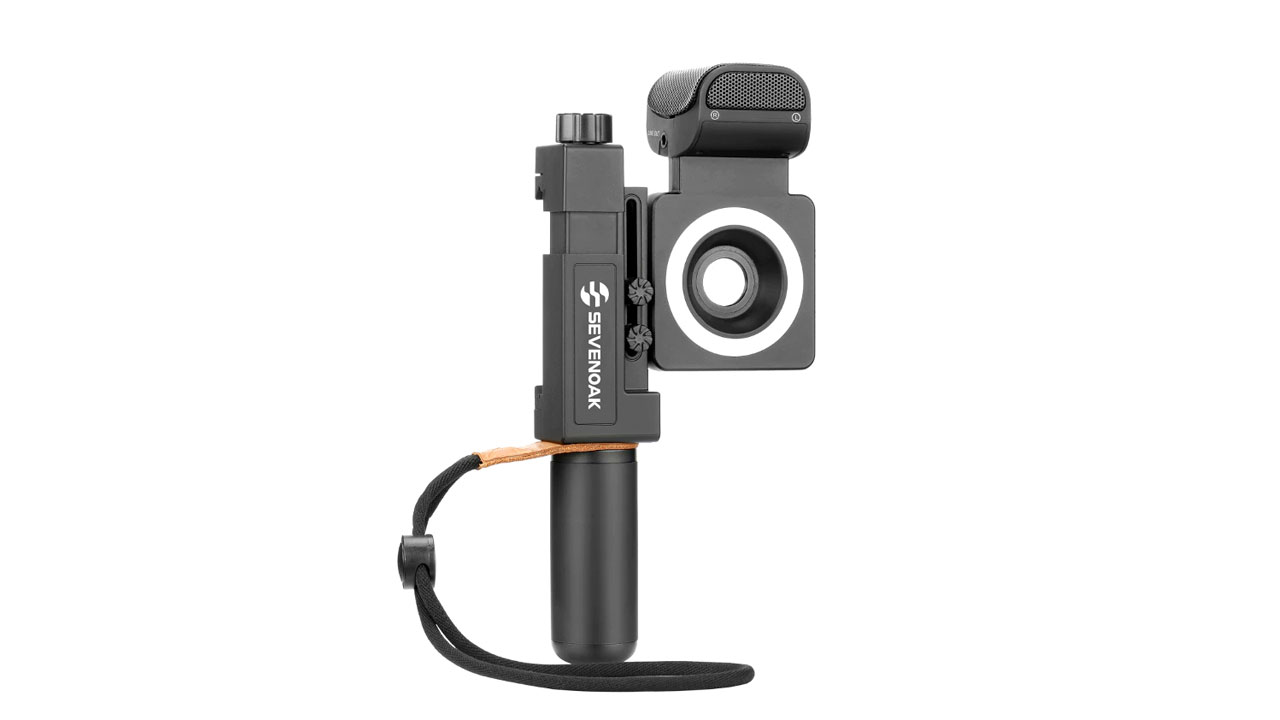 The SmartCine is an all-in-one rig for smartphones, that comes with a handle, ring light, lens attachment and sound recording solution. It is being crowdfunded by a cooperation of Sevenoak and MOVO Photo, makers of a another crowdfunded smartphone rig, aimed at photography. The SmartCine is currently at over 400% of its original funding goal. Here’s what it can do.

We recently wrote about the Pictar Pro, which focuses on making the experience around shooting with your smartphone camera more professional. The SmartCine rig aims to do the same thing, in a way that seems a little more involved. The mainstay of the rig is a smartphone holder with an included lens attachment, that can be aligned to fit most any smartphone. You just loosen a few thumb screw and then you line up the lens opening over your smartphone camera. This will not obstruct the smartphone’s lens, so you don’t have to use the accessory lenses. 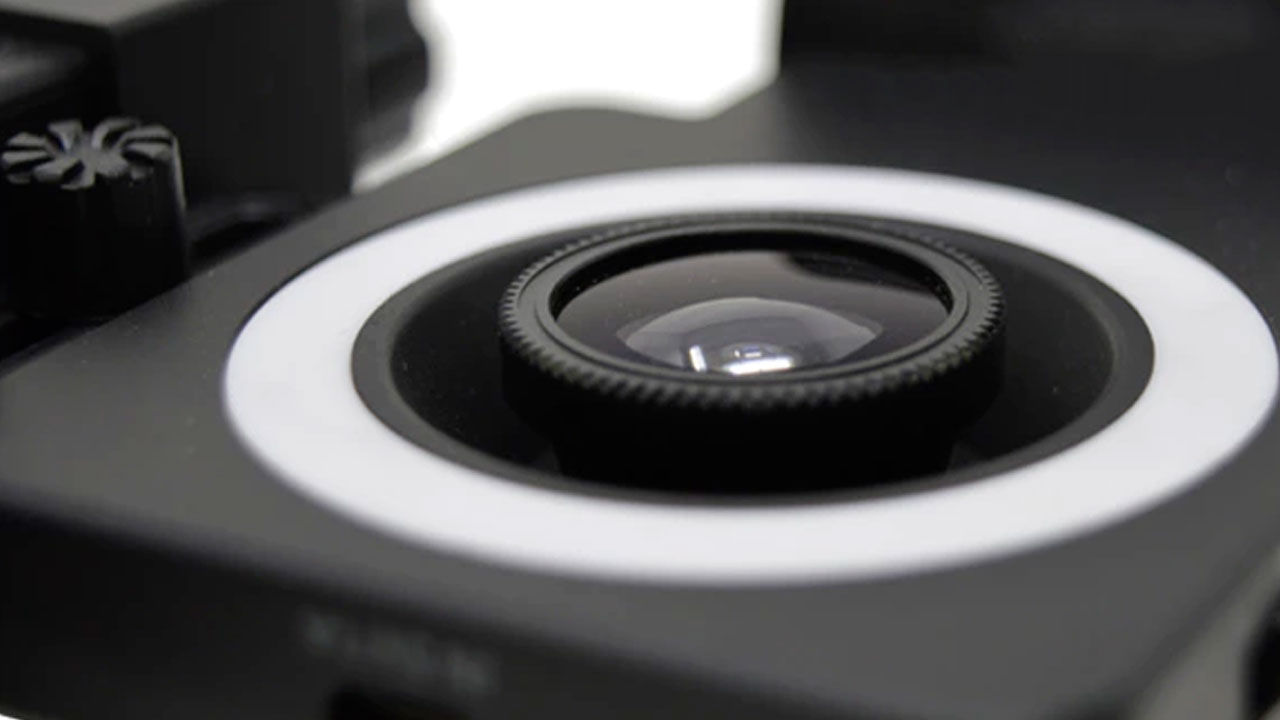 Lens attachment and ring light on the SmartCine rig

The SmartCine rig comes with two lenses, that can be screwed into the lens attachment, a wide angle at 0.65x and a 180° fisheye. Around the lens, there is a LED ring light, that has 3 levels and consists of 36 daylight balanced LEDs. Depending on the level, the ring light will run between 1 and 4 hours on the internal battery, that can be recharged via MicroUSB. 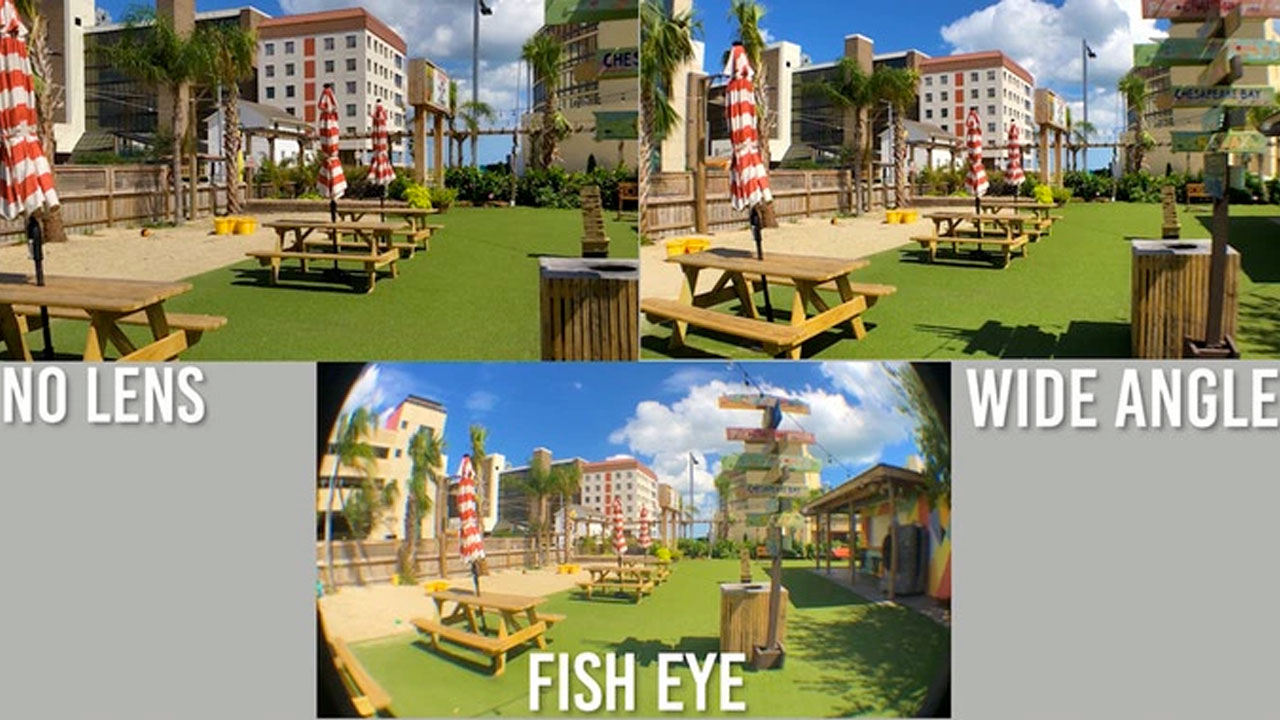 Field of view from the SmartCine’s included lenses

The SmartCine rig has a 1/4″-20 attachment on its bottom, that can be used to mount it either to a tripod, or the rubberised handle that comes included with the rig. The handle has a 1/4″-20 hole itself and an attachable wristband.

Better Sound Either Wired or Wirelessly

The SmartCine rig can be backed in two versions. There is the SmartCine Stereo, with a built-in omnidirectional condenser stereo microphone on top of the rig. This microphone does seem to significantly improve sound quality. It has a 90° pickup pattern and to switches, for a low-cut filter, as well as a +10dB gain boost. The kit comes with all necessary adapters and cables to connect your smartphone to the stereo mic, which will run for around 50 h on the internal battery. 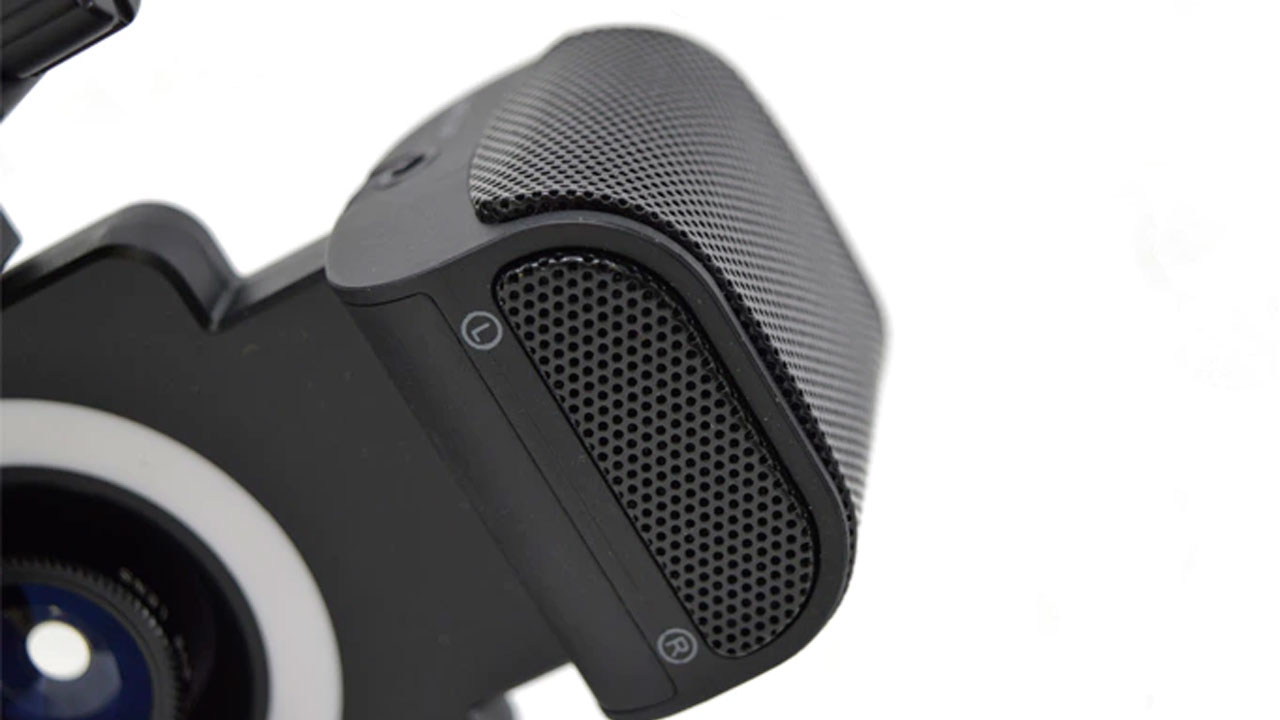 The SmartCine Wireless on the other hand, has a 2.4GHz wireless receiver instead of the stereo mic. It also comes with a transmitter with a belt clip and a lavalier microphone. The transmitter will have to be powered by an AA size battery. It will have a range of 50ft. / 15m, low distortion at 0.1% or less and a good signal to noise ratio of at least 76dB.

What the SmartCine is and isn’t

Although the Kickstarter page claims it, the SmartCine will not stabilise your footage. It has a static grip attached to it and a rather short one at that.
Also the SmartCine’s handle has no way to tilt the device. This in tandem with the fact that the ring light is fixed at the devices main camera, makes the SmartCine rig rather unwieldy for vlog-style recording: either you will be well lit, but not able to monitor yourself, as well as having to hold the grip at a strange angle, or you can just forgo the lighting and use the secondary camera, thus making the rig somewhat obsolete. Maybe a solution with a light that can be turned towards the shooter would have been more suitable to the way this device might be used.

The SmartCine certainly is based on an interesting concept, albeit maybe not the perfect realisation of that concept. The improvements in the area of sound, combined with the rather low price however, may well make it attractive as a backup rig to have in your bag, when everything else fails. It is now available on Kickstarter.

What do you think? Are you interested in the SmartCine rig and would you back it on Kickstarter? How would you use it? Let us know in the comments!