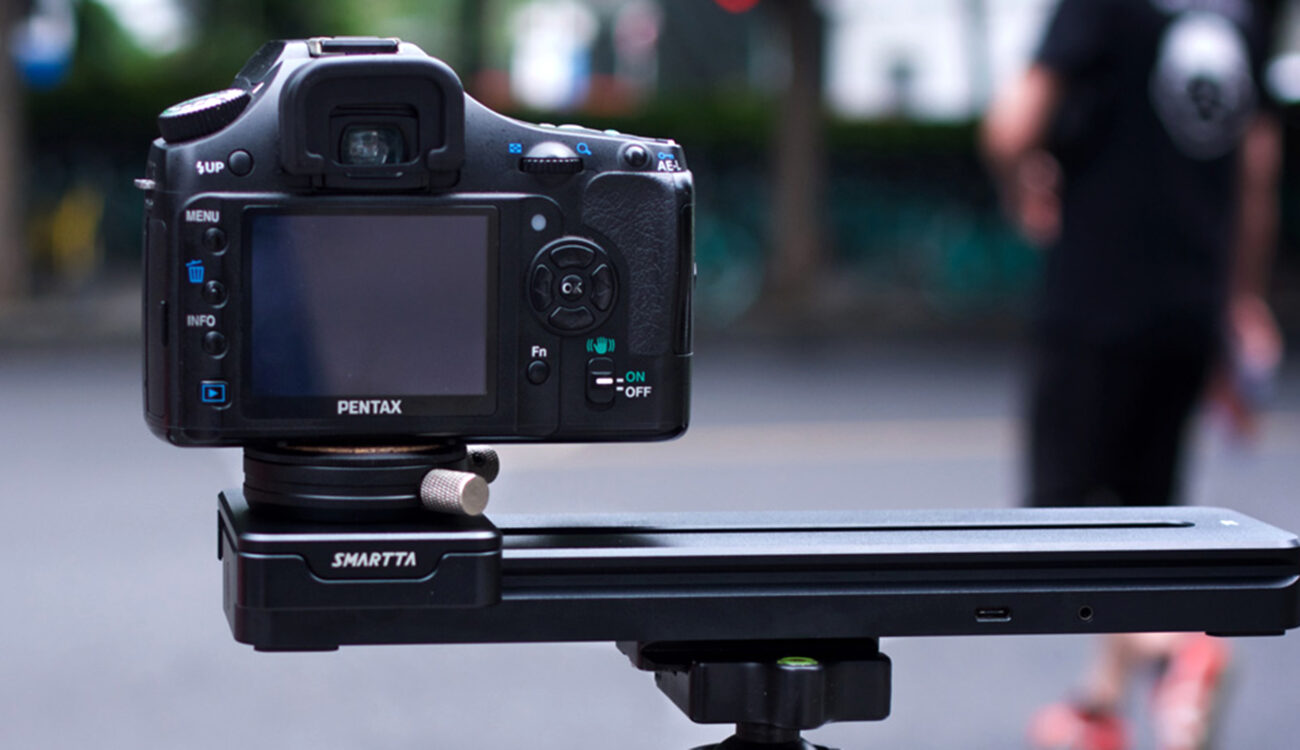 There are loads of different motorized sliders out there. Big ones, small ones, complex ones, you name it. And yet, the guys at Smart View Intl’ thought that something is still missing. That’s why they’re introducing the Smartta SliderMini, a seemingly versatile and easy-to-use motorized slider for everyday use. 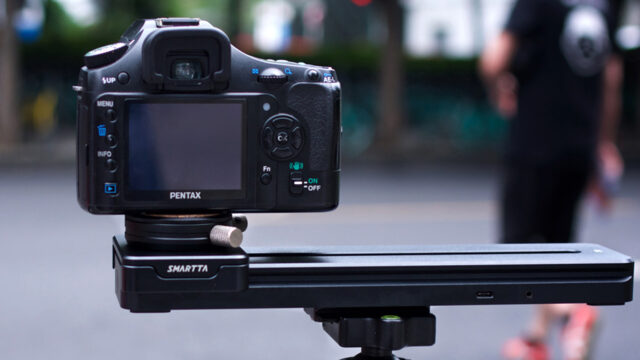 The Smartta SliderMini really is, just as its name suggests, mini. But it seems to be very capable, too. It’s app controlled, or, if you wish, by the press of a hardware button on the unit itself. It can carry up to 15kg (33 lbs), it fits into your pocket and the built-in 1500mAh Li battery lasts for about 48 hours. Sounds decent!

The company behind the SliderMini, Smart View, was just established recently and its first brand name is Smartta. Their social media pages went live around June 2018 and their first product, the SliderMini, is being heavily featured there. Since we at cinema5D are very into clever filmmaking tools which makes our lives (and daily jobs) easier, a review unit was requested (which will arrive soon!). So say tuned for a full-fledged review following this first look. 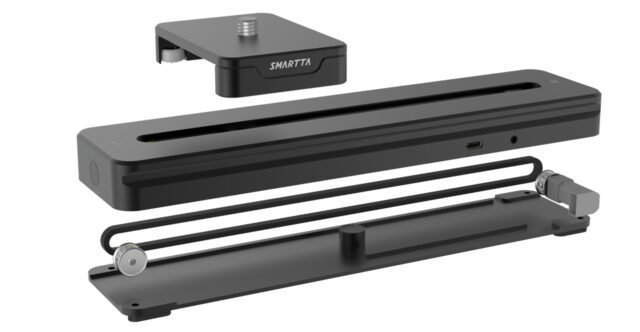 The SliderMini is just 26,2 cm (10.3″) in length and the resulting maximum camera travel is only 20,3 cm (8″) but I can tell you from experience that these 20 cm will make a difference! I used to own a giant 2 m (almost 80″) motorized silder so that thing was huge! And heavy! As a result, I barely used it on set and if I did, the actual camera travel almost never exeeded 50 cm.. I sold it in the end. So, 20 cm might not be a lot but in order to get that cinematic movement into your shot, it’s more than enough, most of the time.

The good thing is, this tiny slider can live in your bag all the time and you won’t even notice it. And if you need it, it’s right there. The max load capacity depends on the incline of your given shot. Pulling off a flat movement with a camera up to 15kg (33 lbs) isn’t a problem, and that’s quite the payload! For more angeled shots, the load capacity decreases drastically, but, and that’s pretty cool, you still can pull off a vertical slide with a light (1kg / 2.2lbs) camera package.

The whole unit consists of CNC machined aluminum with some stainless steel parts. In terms of speed the SliderMini is capable of very slow moves (6 µm/micrometer per second) up to its maximum speed of 1 cm/0.4″ per second. The slider just weights about 0,6 kg (1.25 lbs).

The unit can be controlled in two ways, basically. If you’re a minimalist you can control the slider with nothing but a small button on the unit itself. Basic A/B moves and timelapses can be configured that way. For more advanced features you’ll need the Android/iOS app which connects via low-energy Bluetooth.

Programmed moves can be repeated, different timelapse modes can be loaded/tweaked/stored and moves can be transformed into stop-motion moves. The app seems to be pretty non-nerdy and easy-to-use. The beauty of such apps is their future-proofness: Features can be added over time, custom moves can be stored for later use and the slider will stay away from obsolescence a little longer.

A 3/8″ thread for mounting the slider on a tripod is located on the bottom of the unit, a camera (or smartphone holder) can be mounted via 3/8″ or 1/4″ screw to the top of the sliding carriage.

We’re approaching the twist of this story. Although the company claims that

after a comprehensive research on motorized camera sliders in the market, SMART VIEW
found that most products were too expensive, bulky, complex and not user-friendly,

there’s no pricepoint defined for the SliderMini, yet. Instead, the Smartta SliderMini will be the subject of an imminent Indigogo crowdfunding campaign. If you’re interested, you can join a waitlist over at ismartta.com in order to receive a limited 50% off (!) discount once the campaign has launched.

UPDATE: The campaign is now live and the pricing looks interesting, indeed: Early Bird: $199 (that’s the aforementioned 50% off), regular campaign price: $259, MSRP once the campaign is over: $399.

Since other solutions seemed to be too expensive for the creators, this quite low price point is really impressive! For reference, the well-established Edelkrone SliderOne PRO is about $700. So this SliderMini is less than half the price but, to be fair, Edelkrone is a long-term innovater in the market while Smart view is a relatively fresh startup.

What do you think of this new slider? Share your thoughts in the comments below!