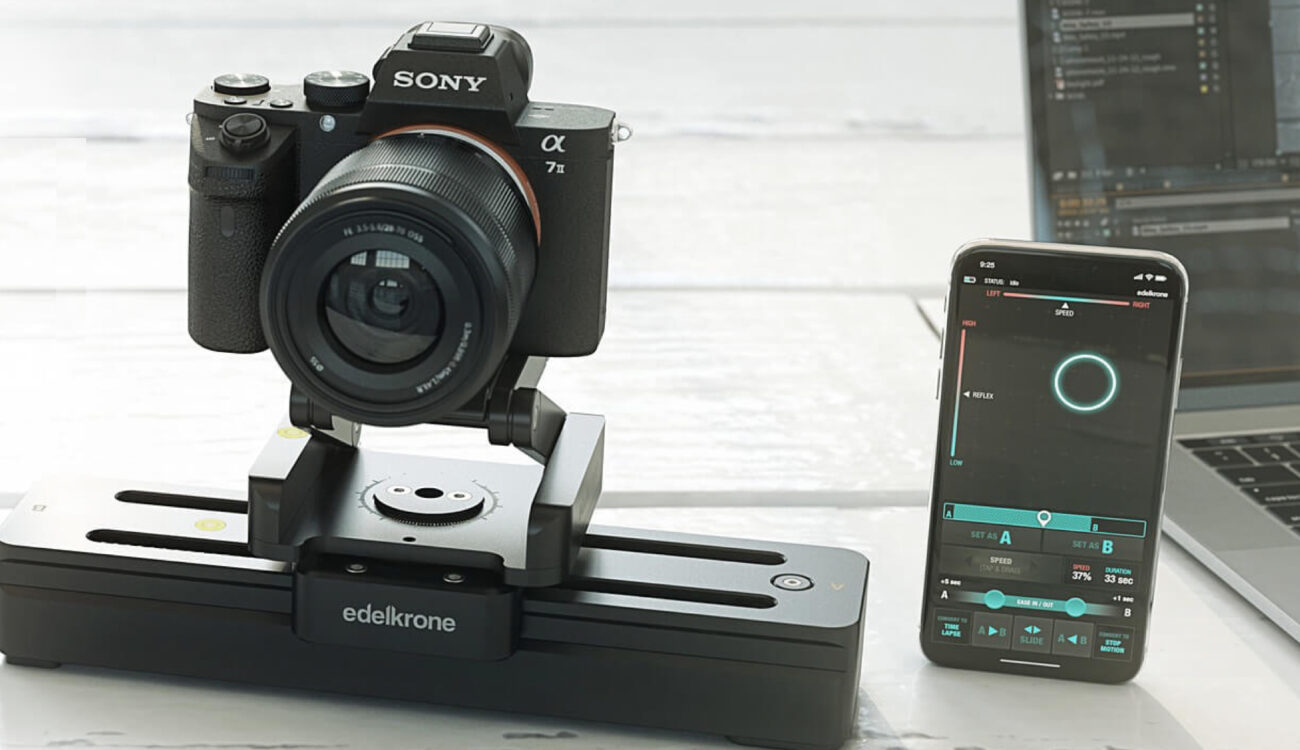 Edelkrone – known for its innovative, slick, durable and user-friendly camera motion accessories – has unveiled the SliderONE Pro, the advanced and more versatile version of the SliderONE. 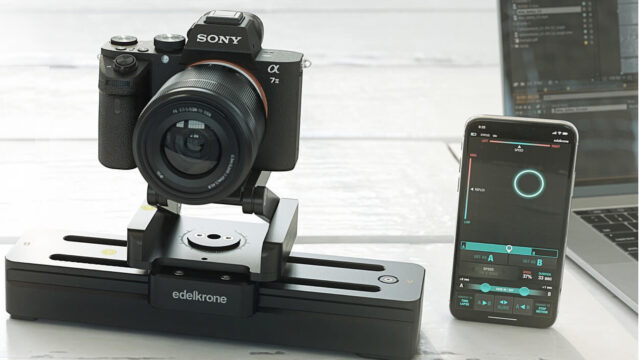 Although the Pro version is pretty similar to the original version, there are some significant improvements: 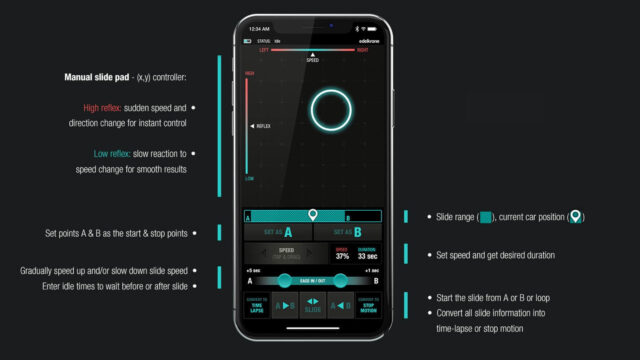 Watch the product demo below:

One of the coolest new app features is the time and motion warper. With Time-Warper, you can change the speed of time, but without changing the slide speed. Motion-Warper does the opposite, means time-lapse speed is constant, but the speed of camera motion is changed. The operator controls both warpers using the same interface.

These great options reward filmmakers by helping them unleash their creativity when shooting time-lapses, delivering some very cool-looking shots.

Watch the video below for further explanation about the Time-Warper and Motion-Warper:

The SliderONE Pro also has an increased incline capacity, which allows cool motion shots in the Y-axis. 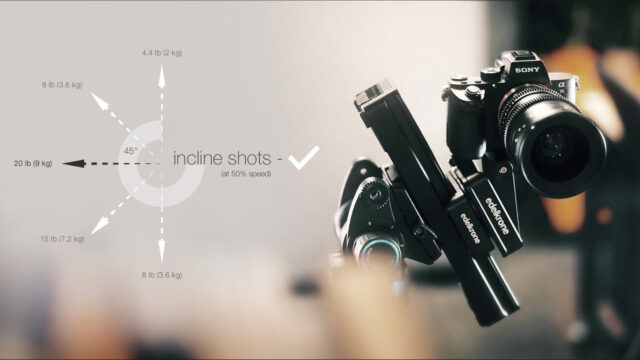 The slider is capable of moving as slow as 27 μm/Sec (micrometer per second). Although that’s super accurate and more than enough for most applications, the older version was even slower than this, offering movement down to 10 μm/Sec. For the full specs, check out the picture below:

It seems that Edelkrone has nailed it again with a super useful product that matches exactly the needs of the independent filmmaking community. The main advantage is that this product will allow you to deliver good and professional results in one-man-band production scenarios. Also, this product is robust enough to handle larger cameras than just DSLRs, such as those from RED and other heavier cameras.

Personally, I’m not a fan of sliders because I feel they somehow limit creativity. However, I do see myself using the SliderONE Pro when macro shots are needed. Would you use this product in your productions? Let us know in the comments!