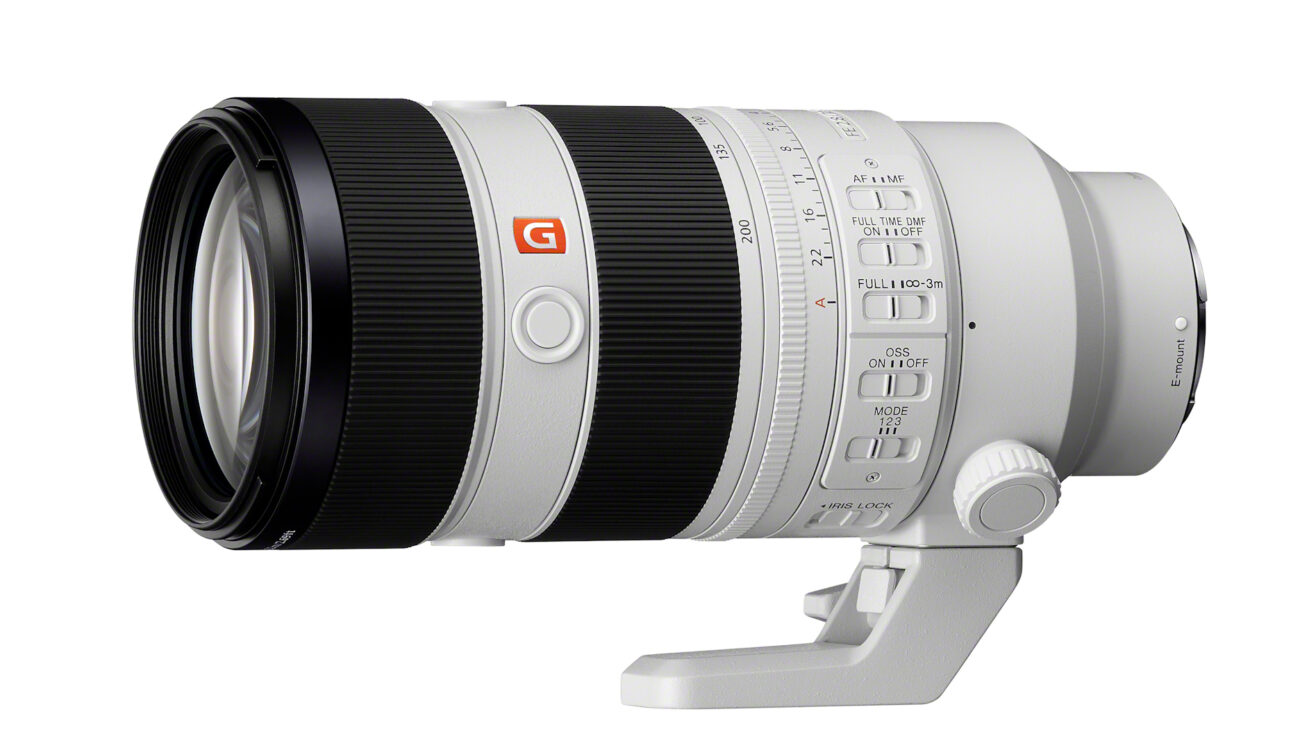 by Yaroslav Altunin10 days ago

Over the past decade, Sony has made incredible strides in both the photography and cinema world. Their products have blurred the lines between the two markets. Both of their stills and cinema-focused cameras have slowly become interchangeable, in some cases. Today, the competition heats up as a new lens is revealed. The Sony FE 70-200mm GM OSS II is an upgrade to the original zoom with some all-new internals.

Sony isn’t the oldest Japanese camera manufacturer, yet it has grown into a behemoth that encompasses a wide range of electronics. From cameras and lenses to media storage, gaming consoles, televisions, and even biotech and robotics, Sony has ingrained itself into the everyday lives of technological society. It’s hard to look at this new lens announcement as anything other than a blip on their corporate radar, but on its own, the new FE 70-200mm gives us an idea of the direction Sony is taking with its lens development. Spoiler alert: it’s heavy on the autofocus.

The 15th G Master lens to be released, the new Sony FE 70-200mm II may seem like a simple update of the original. But it has a range of features that set it apart from its predecessor. The addition of a lighter body, an improved coating, updated glass elements, easier manual focus, and autofocus motors, allows for this new zoom lens to stand on its own. Internally, Sony has removed two extra-low dispersion elements from the original optical design, reducing the weight to about 1kg! The new design still contains two Super ED glass and two ED glass elements for chromatic aberration suppression. While a new extra-low dispersion aspherical element helps maintains the chromatic and spherical aberration suppression of the original lens. Furthermore, Sony has upgraded its coating with the new Nano AR Coating II to reduces flare and ghosting.

As the lines between the photography and cinema market blur, Sony is using this new lens to capitalize on the synergy by creating controls for video and cinema shooters. The new lens offers linear response manual focus and contains full-time DMF (Direct Manual Focus). There is also a built-in focus-range limiter, an IRIS LOCK switch, three customizable focus hold buttons, and optical image stabilization with Mode 3. What’s Mode 3 you ask? Here’s a breakdown from a Sony Camera Manual:

The new 70-200mm lens also offers a fluorine coating and a rear filter holder along with some weather sealing. This provides dust and moisture resistance. But don’t go dunking it in water or dropping it in the Sahara.

Sony and Canon have single-handily made autofocus a must-have feature for all types of shooters. With the new 70-200mm, Sony continues to provide healthy competition. Four XD (extreme dynamic) linear motors drastically improve the autofocus over the previous generation. Two motors are dedicated to each of the focus groups, and according to Sony, provide four times faster autofocus speed and 30% faster focus tracking while zooming. They also reduced focus breathing as well as focus and axis shift during zooming.

For those shooters that need more range on their lenses, Sony is providing two high-performance teleconverters at 1.4x and 2.0x. This extends the maximum focal length to 400mm at f/4.0 and f/5.6 respectively (or 600mm on an APS-C body). Sony claims that full G Master quality is maintained with these converters. But with more glass comes more problems, so some testing will need to be done to validate these claims. However, with the quality Sony has been providing its customers, the differences may be negligible if you even find one.

Do you need it? If you have the original 70-200mm and are happy with its performance, maybe not. Unless you want that sweet sweet autofocus and more control over manual focus. If you’ve been eyeing this lens for your kit, the new update is a step up over the original. If your work heavily relies on reliable and fast autofocus, you might want to upgrade even if you have the original. This is a very versatile lens that finds its groove in wildlife photography, sports, motorsports, portrait, landscapes, and even weddings. So if you’re a shooter in those circles, keep this lens on your radar.

What do you think of this offering from Sony? Are there features you’d love to have that you’re not seeing? Will you want this lens in your kit? Let us know in the comments!