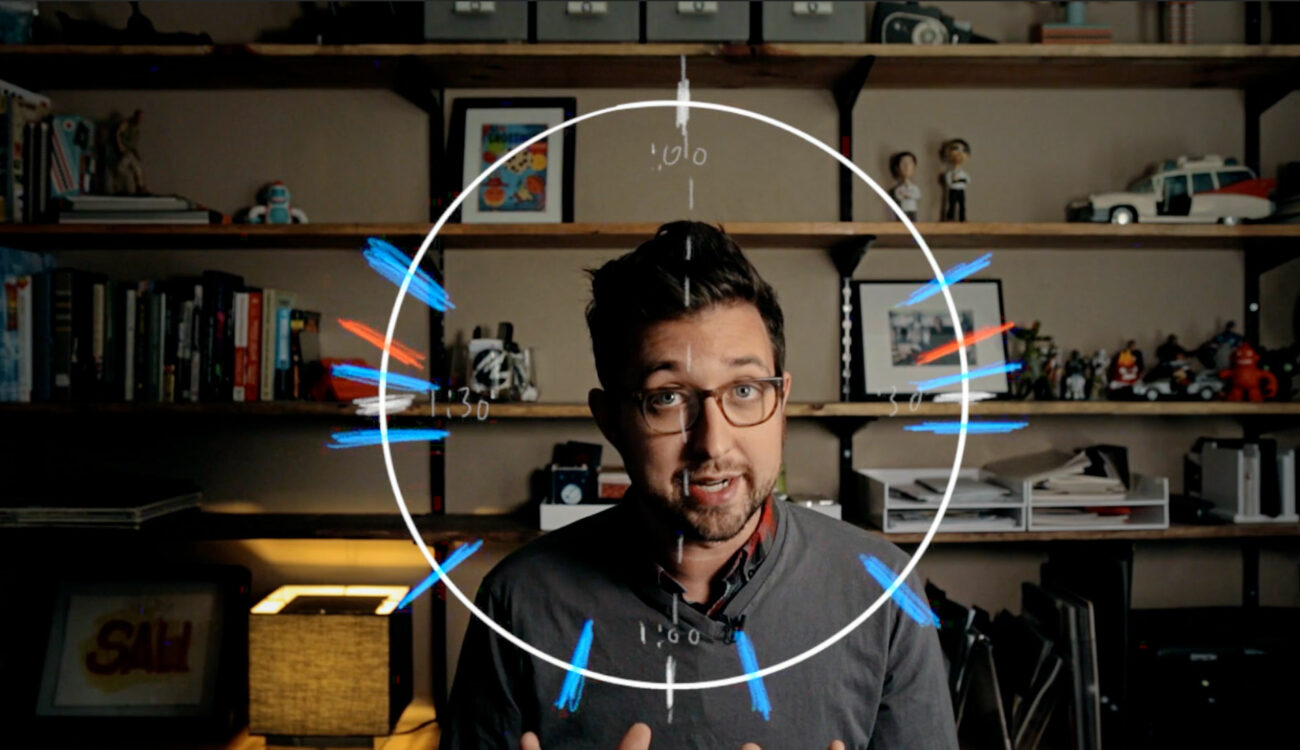 Filmmaking is both an art and a science. Sometimes we stumble upon the science after creating the art long enough, but analyzing the science and patterns can also inform and guide our work before we begin. The Writing 101 course over at MZed by Seth Worley explains the so-called storyclock and other patterns.

In the Writing 101 course on MZed, educator Seth Worley describes how he learned about a visual clock that can identify the major story and character plot points throughout a film. He started to sketch out a visual clock while watching some of his favorite movies, and what he found was striking. There were identifiable patterns everywhere.

The Storyclock in Feature Films

We know there are traditional patterns in storytelling. There’s the hero’s journey, the conflict and resolution, the antagonist as well as the mentor figure. But in this lesson from Writing 101, Seth illustrates a story outline method that a writer can specifically use to map out a feature film. Essentially, you can visualize a movie as a standard clock, with the film’s midpoint at the 30 minute mark of the clock. So if a film is two hours long, the midpoint would fall at 00:30 of the visual clock.

From there on, the writer can plot out the precise moments in the film where the audience can expect action, breathing room, character entries and exits, and other key moments in the story.

As an experiment while watching Raiders of the Lost Arc, Seth sketched out the visual clock and started to notice that character threads and pivotal scenes started to appear symmetrically on the clock. A character would enter at 4 o’clock and exit at 8 o’clock, for example. He did the same for other movies, and sure enough, the important story beats and character threads would line up in perfect symmetry.

If you watch your favorite films and start to notice the symmetry in the story clock, you’ll soon begin to wonder: did the writers intend this or is it something that happens naturally with good storytelling?

Seth believes it’s largely unintentional, but that the clock proves that great storytelling has a form and rhythm to it that resonates with audiences on a deeply human level. But that doesn’t mean you can’t use the clock to help you organize your ideas and intentionally craft a better story.

Writing 101 – the science of storytelling

In another lesson of the course, Seth describes a short film that he directed where he purposefully used the visual clock to fill in gaps in the story. He could visualize missing pieces to his story by identifying the symmetrical places on the clock where a character should resolve a conflict. Or areas where he could add foreshadowing in the story to symmetrically mirror the plot points that would be resolved later on.

In my own work with making documentary shorts, I’ve realized over the span of making hundreds of short videos that there is a formula to making an engaging story in a few short minutes. For example, for a single person profile, in 90-120 seconds I typically have 3-4 visual sequences that are made up of shots that are about 4-5 seconds each, and with the subject providing good short “closing statements” to transition between the sequences. Here’s what I mean:

I found that over the course of shooting videos over 2 minutes, I would add another short sequence and an additional subject talking head shot. For anything over 3 minutes I would always gravitate to introducing a second interview, and ask them to describe their relationship to the first subject. That would serve as a transition and I would then repeat the standard talking-head/B-roll sequence formula.

It’s taken me a long time to arrive at this pattern, but now I know just how many B-roll sequences I need to plan for, and how many closers I need during the interview, to make either a 90 second or 3 minute or a 30 minute documentary with multiple interviews.

By analyzing the patterns in my previous work, I now know that going into any documentary-style short film I need to prioritize several distinct visual sequences, So once I have good coverage for one sequence, it’s more fruitful to move on to gathering other sequences rather than getting many more alternate shots for a sequence I know won’t last more than 30 seconds or about 6-8 shots. It’s a formula but the people and stories are different every time, and so it never feels formulaic.

There’s so much we can learn from the science of video storytelling. Sometimes it’s a neat revelation that gives us insight into our own work and other films, but often we can also use the patterns to guide our future work.

Do you have any patterns that you’ve noticed in your work or other films? Let us know in the comments below!