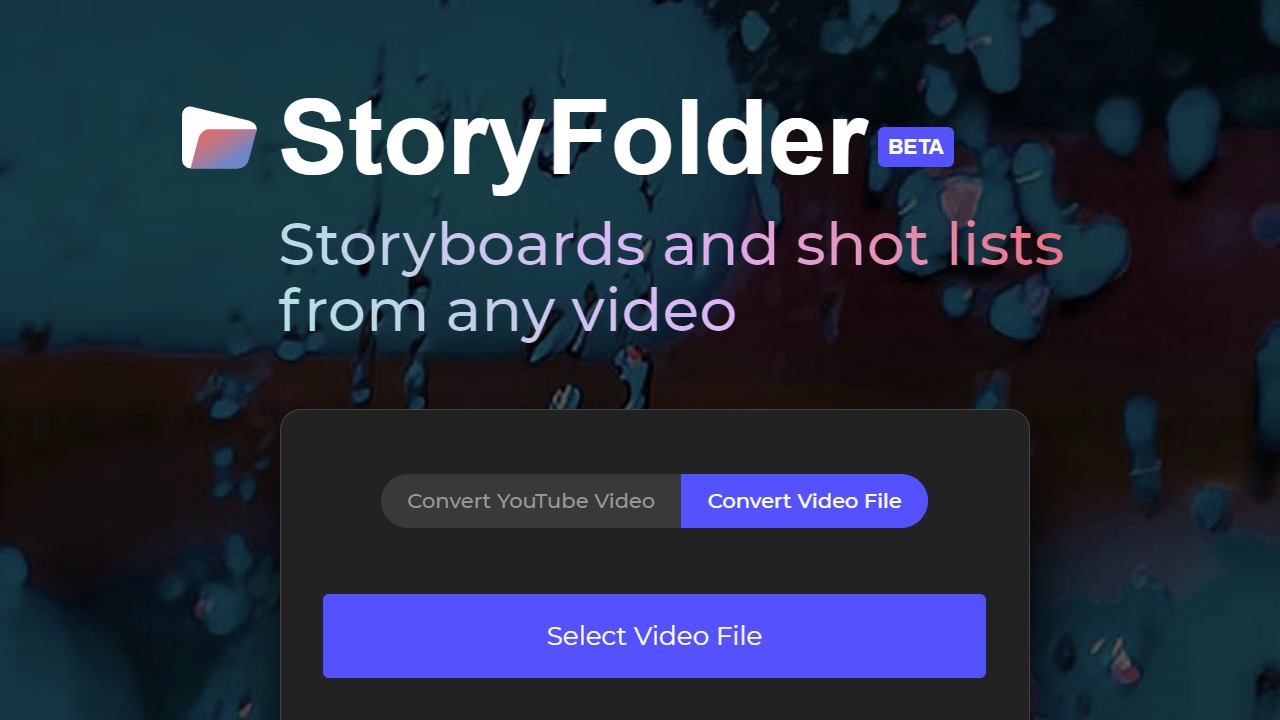 StoryFolder is a new online app that can automatically create a storyboard, shot list, script, and individual clips and images from any given video – uploaded or linked from Youtube. The Beta version currently offers a limited free version (for video up to 1GB, 15 minutes, 50 shots) as well as a paid Pro version.

Creating storyboards and shot lists is a vital part of video production. StoryFolder is a new online app created by an NYC-based engineer Jeff Jassky. Currently in the Beta version, StoryFolder promises to automatically create a storyboard and shot list from any video. Let’s take a look at what it does.

StoryFolder is an online service that can automatically “deconstruct” any given video into a storyboard, individual scene images and clips, script, and a shot list with timecode. The videos can currently be uploaded to StoryFolder directly from the hard drive or you can paste a Youtube link. After processing, the app will provide you with a zip file that includes all of the above-mentioned assets. It is still in the Beta version so the accuracy is expected to further improve with time.

The storyboard itself is currently an HTML file with a classic layout that can be printed. As Jeff said, the plan is to further work on the layout of the storyboard, add some more metadata, and offer a PDF version as well.

The images from the individual scenes from the video are provided in jpeg format. There are three images for every scene – the first frame, the middle one, and the last frame (that applies for the pro version, there is only the middle frame in the free version – more on the different versions later). The individual clips that the app produces are in the mp4 format and they are numerically ordered to correspond with the still images.

The shot list of scenes with timecodes and frames currently gest exported as HTML and CSV files. Finally, the script gets exported into a TXT file that includes all the spoken text transformed into text by StoryFolder. Jeff works on providing a better, traditional script-style layout for this very soon. The software should also recognize different speakers in the scene and format the script accordingly.

StoryFolder has a free version as well as a paid Pro version. The free version is currently limited to videos up to 1GB in size, 15 minutes in length, and 50 shots total. The Pro version does not have any limit.

Its creator Jeff Jassky made a Patreon account for StoryFolder in order to be able to keep the free version running. The goal is currently to get to $250 per month on Patreon to cover the costs of the servers for video processing and hosting.

There are basically three membership levels from $5 to §15 monthly. The most expensive only will get you the key to access the Pro features of the app. If you like the service, consider becoming a patron of StoryFolder.

What do you think about StoryFolder? Do you often create storyboards and shot lists? Can you see this app helping you in your work? Let us know in the comments section below the article.