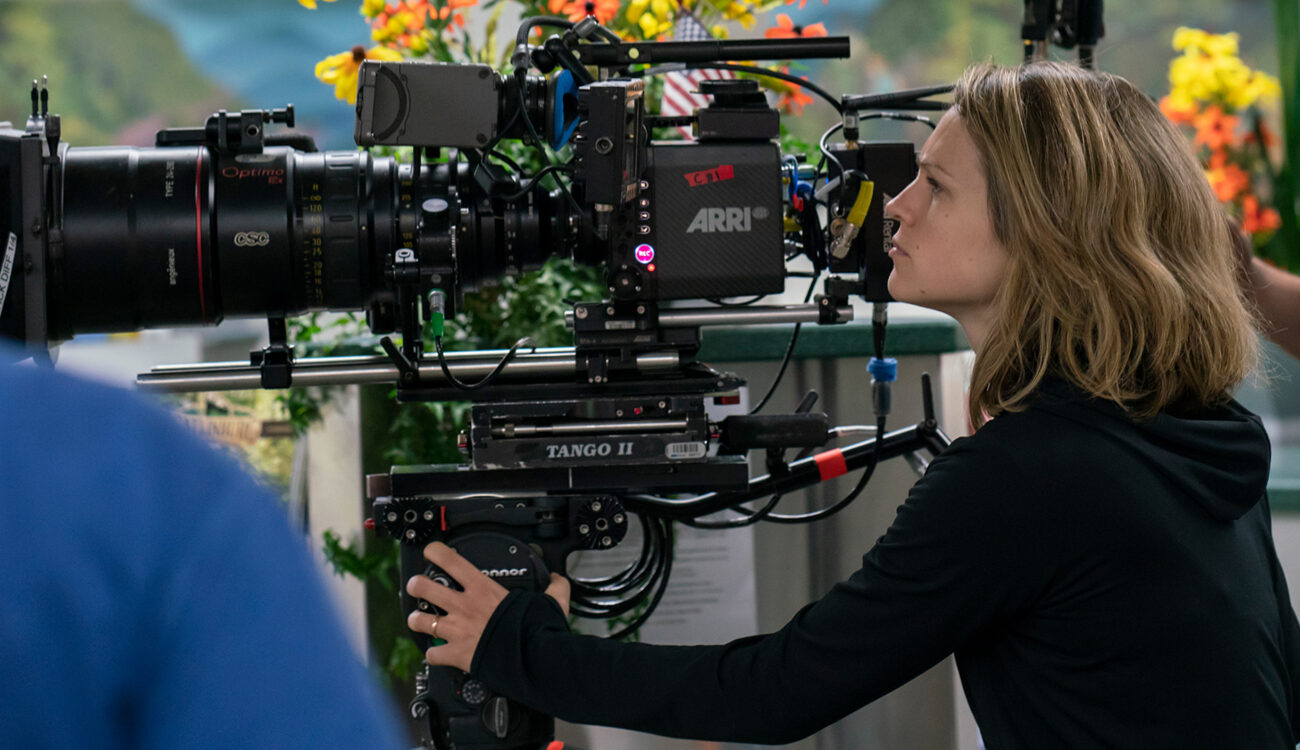 The films chosen to compete in the NEXT category at the Sundance Film Festival celebrate innovation in filmmaking.  Often the innovation is technical and is evident in the film’s approach, structure, or execution.  Other films find their way into this category due to groundbreaking or off-beat subject matter.   Undoubtedly, in the past, this is the category that features the filmmakers who take the most risks, which is why Sundance promises the films in this category represent the creativity that will “shape the next wave in American cinema.”  Here’s a look at one of the NEXT cinematographers:  Greta Zozula. Behind the Scenes with Cinematographer Greta Zozula

DP Philosophy:
Story is always the most important, and if you don’t love what you do, then don’t do it. That may sound obvious, but I base every decision I make on that idea. Whether it be composition, lighting, camera movement, color, lens choice: it’s all tied to story motivation. As far as loving what you do, I think that should apply in every aspect of your life.

cinema5D: Why did you end up going with the Alexa MINI?

GZ: Besides shooting on a film camera, I personally think Alexa is the best option. You get what you expect from it. There are no surprises. I rarely shoot with any other camera system because I would just be adding extra challenges to myself and my crew. That being said, I don’t think Alexa is for everything. I honestly don’t trust cameras that are all in one. There are reasons specialty cameras are designed the way they are, and most of them are not good for practical uses. The MINI is great for films that have to move quickly and require a camera to fit in small spaces when needed. 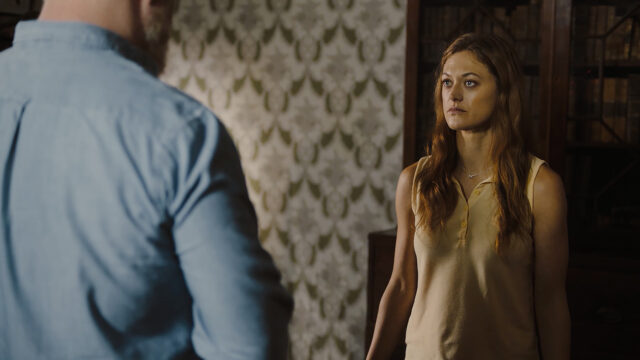 cinema5D: How about the Cooke/Angenieux combo?  What went into that decision?

GZ: We took a very classic approach to the visuals of this film, and I think Cookes are a very classic lens that have attributes that are very specific to the lens but are still very subtle. Nothing really calls attention to itself. I love the natural softness of the glass and the warmer skin tone. Spherical played into the look as well.  We decided on a 1:66 aspect ratio pretty early on. A lot of films we referenced were European classics that all use their standard aspect of 1:66. It also was, in part, a way to create compositions that felt closer to the paintings we referenced. Even though most were in portrait, 1:66 was the closest we felt comfortable going. 4:3 felt too distracting and boxed in for this narrative. The zoom was for very specific shots with zooms in them and for shots that wanted to be on the long end of the lens, but we limited the scenes we used it in, because it represented only one part of the story.

cinema5D: What was pre-pro like? What went into planning the look?

GZ: Even before prep, Paul referenced a book called Andrew Wyeth’s Helga series. There were quite a few paintings from that series that influenced the color and lighting of the film. I even sent them to my colorist to design a LUT. We referenced Vermeer, Hopper and Eakin as well for specific scenes.

cinema5D: What did you discover during camera tests?

GZ: We had a very limited camera test but we did test flashlights and practicals pretty extensively. This was because a major part of the film is lit almost entirely with flashlights so it was important to find the right color temp, light spread and shape. We discovered we needed to mix flashlights with strategically placed bounces and reflective surfaces to get the right effect.

cinema5D: Did you and the director watch any films together?

GZ: Not together. We watched scenes from films for specific ideas but referenced more paintings when it came down to the look of the film. 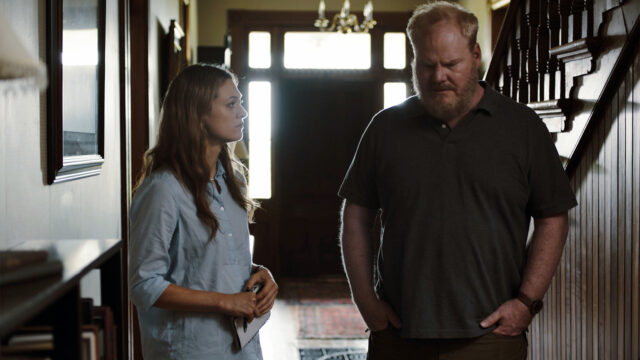 cinema5D: Were there storyboards?

GZ: No storyboards. Just a general shotlist for reference and scheduling, but we would often get inspired in the moment.

cinema5D: What was your collaboration with the director like during production?

GZ: We worked well. There was a lot of trust that allowed us to concentrate on our specific jobs on set. With such a fast schedule, we would often need to start lighting the next scene while shooting another so it was key that we were on the same page and we would always get to set early and discuss each scene with the AD to refresh all of our memories.

cinema5D:  Anything unique to this film that came from your collaboration?

GZ: A subtle balance between emotion and drama. This film is dramatic but its easy to over do it depending on the lens choice in specific moments. We often found that when you would normally go in for a close up for an emotional beat, we would stay in a medium or plan on being on the other character to down play the dramatic elements but still get the importance of it across… saving the true close up for the right moment.

GZ: I usually use Glimmer Glass. On occasion I will use Black FX or Smoque if its right. Otherwise I will bring out the MRT filter on occasion. I use it mostly as a variable ND to save time but it has a lot of uses if you want to get creative. 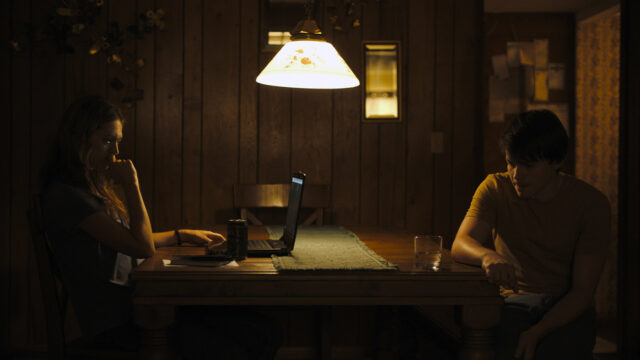 cinema5D: Talk a little about your approach to the lighting specific to this film.

GZ: Lighting played pretty heavily in the tone and character development of the film. Each location had its own approach to lighting. Shelia’s house played pretty heavily into emotional moments in the film. Lighting heavily reflects the mood changes throughout. Some scenes are soft and bright and others fall heavily into shadow. Shelia’s work is flat and lit only by fluorescents. It feels sterile and depressing which is true to her emotional state at work. Richard’s house had a few lighting looks throughout but generally for day scenes, we went daylight motivated through windows and allowed for more shadow and contrast. For night scenes, we use single source practicals which creates a lot of shadow around them. Generally, this kept a certain mystery around Richard’s house. Then there were the flashlights which play a key role in the film which is Shelia’s investigation. The flashlights are a practical tool in the film but also add to suspense and create a literal distinction between light and dark in this film.

GZ: The flashlights for sure. It was tricky to make it look good and look real at the same time. I have a hard time lighting scenes when it’s not motivated. I can respect and allow myself to accept unmotivated light in films, but for me personally, it drives me crazy. I think Matt (the gaffer) and I ended up finding the balance but it took a lot of trial and error. Otherwise, its always exterior lighting continuity thats the worst. Its impossible to control and almost always an issue. We got pretty lucky overall but we did have to match scenes that went from foggy and rainy to sunny within the same scene which in the end I think works emotionally so it doesn’t distract from the story.

cinema5D: What were you really pleased with at the end of the shoot in terms of aesthetic?

GZ: When we colored the film, we were able to look at the whole film in small stills side by side, and seeing the color combinations and how we were able to express the emotions of the scenes with color and light so well and see the progression so clearly was the most rewarding to me. It wasn’t that it was a surprise necessarily but a confirmation that the work we put into this idea really paid off and was worth fighting for.  I am just really proud of the concise continuity of the film. Everything works and has a purpose. No unmotivated camera moves or beauty lighting. Its natural but poetic when it needs to be. 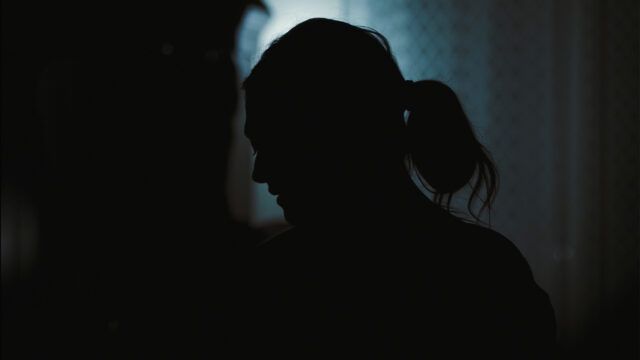 cinema5D: It seems as though we are turning a corner in cinematography. What’s your take on where we are and where we are heading?

GZ: I can come full circle with this question really. As a cinematographer I love that I can be a part off a process that tells stories that can reach a lot of people. As far as technology goes I think cinematographers have to prove that they are worth more then technical knowledge of things and are a very important part of collaboration that goes beyond the image. Directors can approach a film in many different ways. Some prefer to only concentrate on performance and performance alone. In that scenario a cinematographer has to be as familiar (if not more in some ways) with the script as the director. As far as keeping control of the image its important to know how much control there is in the post end of things and
keeping that in mind when on set. If you give too much control to the edit or color then you are in a way sacrificing your role. So it’s being smart about the projects you choose and thinking ahead.

GZ: I think experimentation is great! New lenses and cameras only allow for more ideas, and I don’t think there is anything wrong with that. I think its important to be knowledgeable about these things, but again… I don’t think its what makes cinematographers valuable. It is part of it for sure- knowing the right lenses to shoot the film with is crucial, but if you are going to experiment with something trendy because it has a new look or whatever, just make sure that look is right for the story as well.

Greta Zozula was the Director of Photography for Augustine Frizell’s feature Never Goin’ Back, which was an official selection for both Sundance and SXSW in 2018.  The film was then acquired by A24. Her work on Charlotte Glynn’s short film The Immaculate Reception earned her an Emerging Cinematographer Award,  and Laura Moss’s short film Fry Day, for which she was the DP, was nominated for a Grand Jury Award at the SXSW Festival. Fun fact: Greta was the 1st AC on Kenneth Lonergan’s Manchester by the Sea.