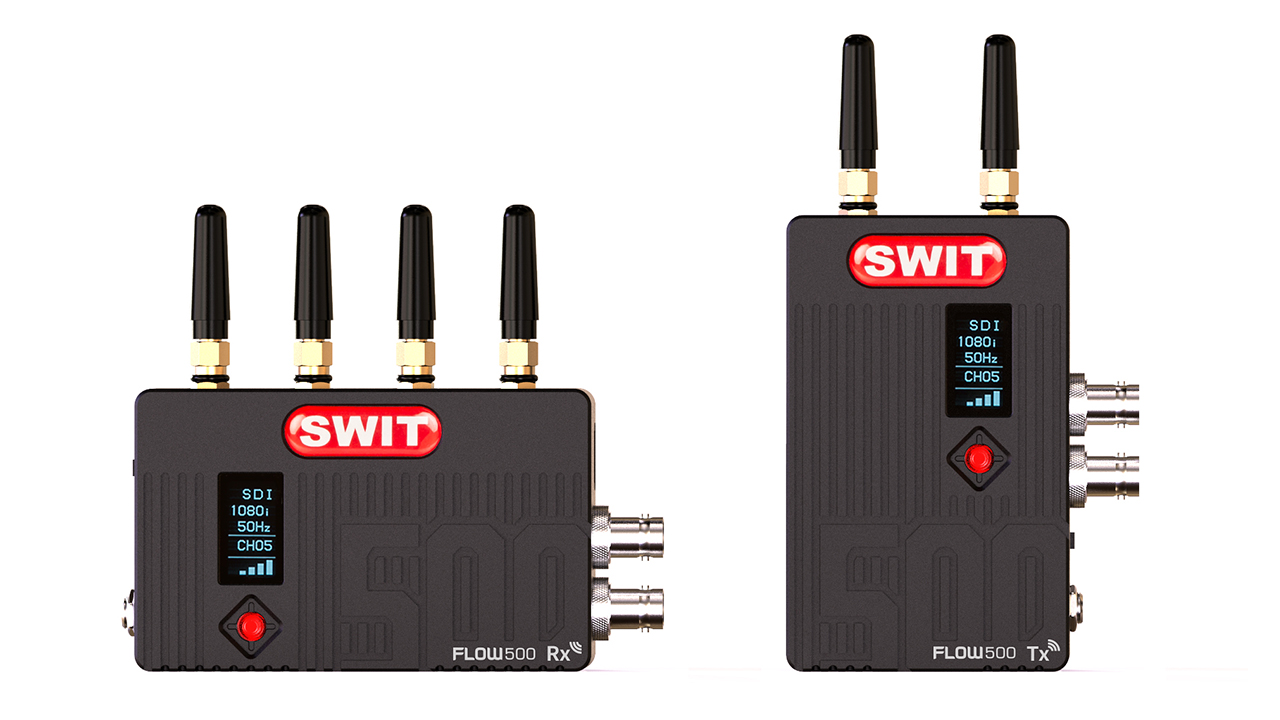 SWIT is a Chinese company well-known for making excellent battery and monitoring solution for filmmakers. The company just announced a new affordable SDI and HDMI wireless video system: the SWIT FLOW500. With a range of 500ft/150m, this product is a severe professional contender to more expensive solutions out there. Let’s take a closer look at it. 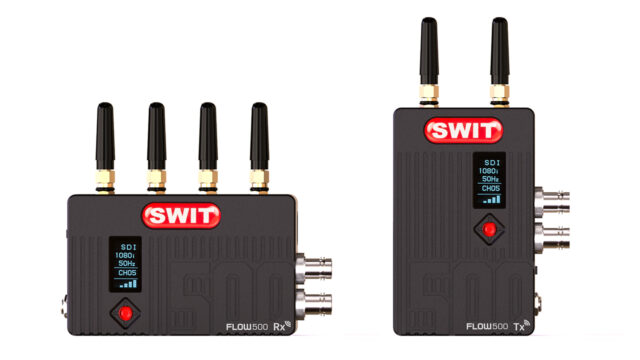 SWIT is not precisely a new-comer in the wireless video transmission industry. Indeed, they’ve been making various systems for more than five years. The SWIT FLOW500 is part, with the FLOW2000, of their new FLOW series of wireless video systems.

Compared to some competitors, the size of the SWIT FLOW500 system is tiny: the transmitter and the receiver measure the same size at just 66 x 106.5 x 24.7mm. They are also lightweight, at only under 250 grams per unit. 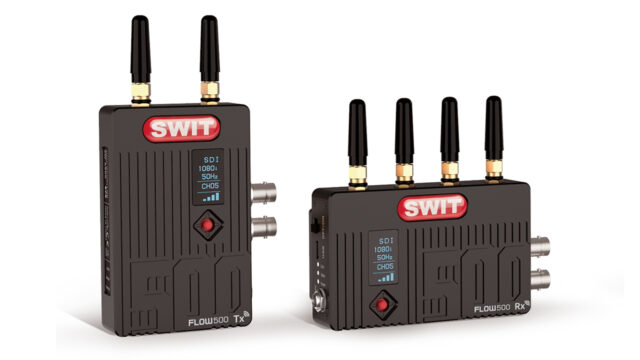 On the transmitter, there are two small antennas, whereas the receiver has four antennas. On the front of each unit, there is a little OLED display that shows you the input (HDMI or SDI), the resolution, frequency, and channel you are on. A small joystick under the screen helps you navigate through the menus. 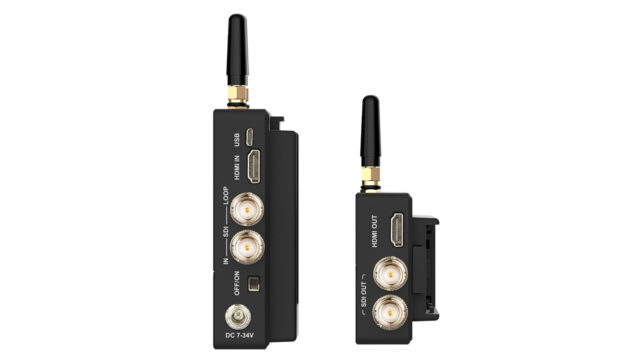 What I like about this wireless video system is that there are both SDI and HDMI inputs/outputs. That way, you are covered for nearly every scenario that can be thrown at you. The transmitter has one HDMI and SDI input ports, and one SDI loop port. The receiver features one HDMI and two SDI out ports.

Also, on the transmitter and receiver, there is one micro USB port for future firmware updates, and one 7-34V lockable DC input for powering the unit out of main power or a D-Tap battery. 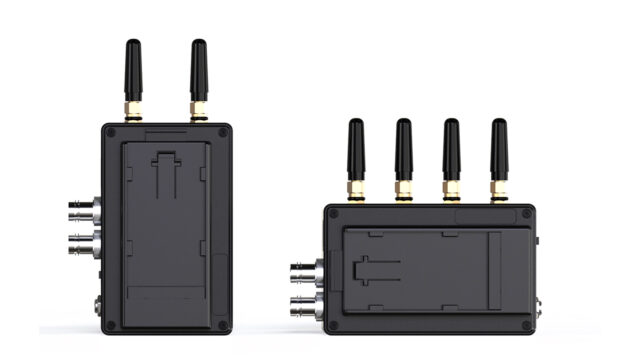 Talking about power, you can also power each unit with a Sony NP-F battery. There is a built-in battery plate on the back of the transmitter and receiver.

The FLOW500 has a range of 500 feet/150 meters. It uses SWIT’s new KUWI 5.1-5.9GHz wireless technology that supports dynamic frequency selection. There is a built-in wireless frequency scanner, so the system will automatically and seamlessly jump from one channel to another to avoid video interferences. Also, you can switch the channel manually if you want to do so. 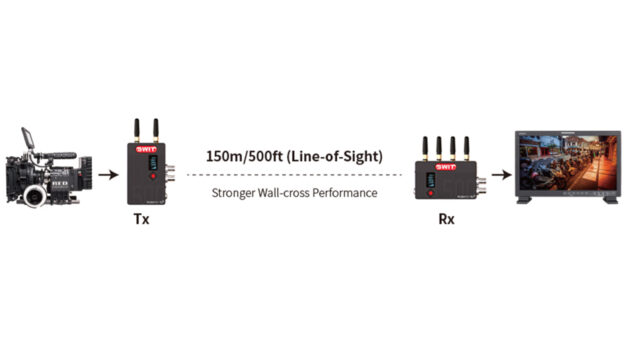 The SWIT FLOW500 features “stronger wall-cross performance” that, according to SWIT, improve the reliability/quality/consistency of the signal compared to other 5GHz wireless transmitters.

In terms of resolutions, the system can take signals up to 1080P at 60 frames per second. Also, it supports SDI & HDMI embedded audio (CH1&2) transmission.

What do you think of the SWIT FLOW500? Do you think it can be a reliable alternative to more expensive solutions? Let us know in the comments!