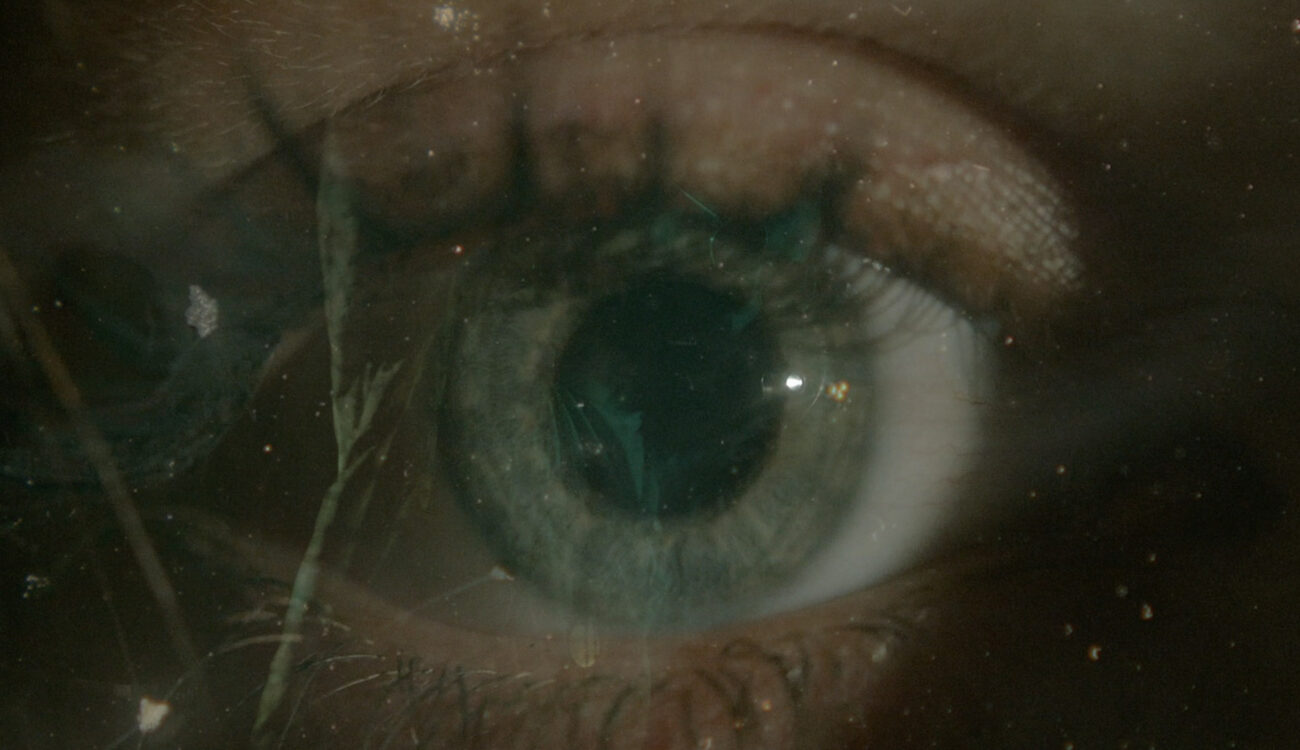 As part of our aim to strengthen the connection between us and our readers, we decided to give our talented audience out there a stage to express themselves and share their success stories in our weekly TALENT FEATURE. We hope that with time, these guest posts will become a source of inspiration to our colleagues wherever they are. If you are interested in participating, please upload your video to our VIDEOLOG and follow the rest of the submission process by reading the information here. (Intro by Johnnie Behiri)

What’s up? Our names are Michael Priestley and Christian O’Keefe, two filmmakers based in Long Beach, CA. Go Beach, baby. Together, we’ve developed a very run-and-gun style of production with a fascination with working within tight budgetary restraints. Why do for thousands of dollars what we can accomplish for free with a little experimentation? Although we’re not limited to this style of filmmaking, it has taught us to be creative, meticulous, and above all else, smart with how we go about all that we do. This August we dropped our music video for Put it in the Past by Long Beach’s own neo-soul duo, Soular System. Using a variety of household items and some tools from the garage, we put together this completely practical, spacey piece, all for the cost of a black bed sheet from Target. 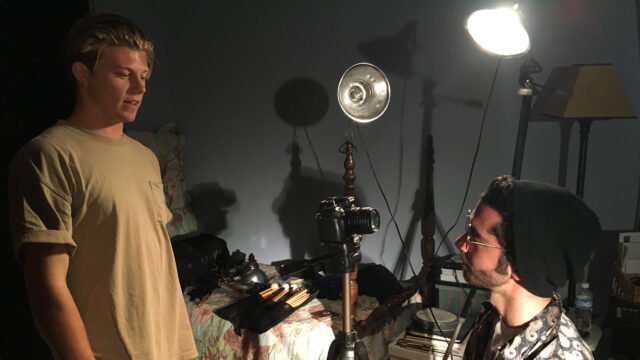 Age: 44 if you add us together

Currently based in: Long Beach, CA

Occupation: Writer / Director / DP / Creators of music videos for songs occasionally titled Put it in the Past by bands that are sometimes called Soular System.

How did you get started in our industry? Michael watched 27 hours of The Simpsons a day as a little boy, and Christian would film middle schoolers trying to kick flip. Then, we were randomly assigned as partners in an editing class at Cal State, Long Beach. Now, here we are.

Current assignments: We are between projects at the moment, working on scripts and concepts for the coming months!

What types of productions do you mostly shoot? We mostly do short, narrative work. Put it in the Past is actually the first music video we have worked on together. Christian has done a few others before, but for the most part, we work on short films with Christian as DP, and Michael as Director. This project has definitely stimulated our interest in music video work, so we are hoping to co-direct more in the future.

What is your dream assignment / job in our industry and what are you really passionate about? Michael wants to write and direct independent films, and Christian is really into that thing that you point at actors and then you can see them for like hundreds of years as if that moment is still happening in the form of twenty-something different pictures per second. We are passionate about projects like Put it in the Past, where we are given freedom to try new things and to experiment with different techniques. It’s also a huge bonus when we get to work with such talented musicians and friends. 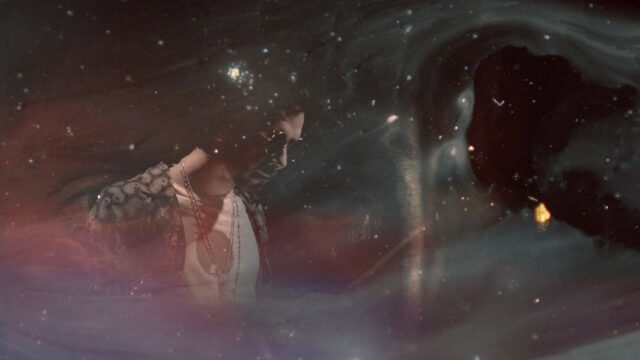 In the work that you are presenting us, now that it is done, what would you have done differently throughout the production? We’ve talked about that a lot since we released this project. The responses have been mainly positive across the board, but you always catch the little things in your work where you say “maybe if this,” or “maybe if that.” But from concept on paper to final export, this is far and away our greatest translation of an initial vision to picture. And for that, whether or not we might change things in that original, written concept if we were to make it again, we would say we couldn’t be happier with the final product. One of our favorite parts in the song is right after the first chorus. At that point, we cut to a black and white image of Anthony Lynn, the singer, in darkness without any space imagery. It’s our favorite moment in the video, and we wish we’d thought up one more instance of something with that immediacy toward the end.

What current camera, lenses and sound equipment do you use: Panasonic GH4 with an SD card and battery stuffed inside it for optimal functionality. Our lenses, or glass as we’ve heard them called before, are a set of Canon FD 24mm, 50mm, and 85mm with a ZY Optics Speed Booster. No sound equipment was touched during the making of this music video.

What’s is your favorite light equipment and why did you choose that kit over other solutions: Our “favorite” piece of lighting equipment, which just so happened to be used on this project, is a grocery bag full of janky work lights we bought at Home Depot a while back. We chose this kit over other solutions because, as John Cassavetes or Roland Emmerich once famously said, “We din’t gotta pay nothin’ for dems”. But, in all seriousness, we had a $0 budget on this. We did the best we could with what we had under the restraints of a garage, more or less. All of the space imagery was done practically using a cloud tank: just dust and cleaning products and food on a sheet of glass, which we cut ourselves on. Remember not to cut yourself on glass. It’s pretty sharp. That setup was lit from the side using a flashlight we pulled off the handlebars of a bike. Though we feel we might have been able to go above and beyond what we did if we had some more money, we definitely don’t think the video reflects the barebones way in which it was made.

Do you use drones/gimbals in your productions? If so, what is the most effective why you’ve found to deploy them? We mostly prefer working with shoulder mounts, but Christian has operated a DJI Ronin in the past. They’re heavy, especially with a RED camera and anamorphic lenses. Best to have a few people on set who you would feel comfortable handing it over to, if you find yourself having to do a few takes too many.

What editing systems do you use? Premiere and Resolve. Premiere on account of the fact that we’ve heard it’s the premiere editing software, and Resolve because something about its name suggests it’ll find solutions to our problems. Also, that Da Vinci dude was pretty good at doing art stuff. In the parts where Tom Kendall Hughes, the drummer/producer of the duo in the dope sunglasses, is flickering to the beat of the song, we used two cameras at identical angles on each side of a room, 180 degrees opposite each other. In post, we reversed one of the shots to match both sides of him as he moved, which gives a super cool, abstract look at body movements and all that jazz. And no matter how helpful a specific editing software may be, there is no way to get around the tediousness of cutting back and forth perfectly between those two shots.

How much of your work do you shoot in Log and what is your preferred way of colour correcting? We don’t really shoot in Log at all. But, we color with Resolve and sometimes Crayolas.

How frequently are you traveling and do you have any tips when it comes to packing your gear? We don’t do a whole lot of traveling for our productions, but for the small amount that we have, we find that convenience is king. In a run-and-gun situation, the best setup is the one that you can use quickly and effectively before the sun goes down. Or before the cops come and write you trespassing tickets. 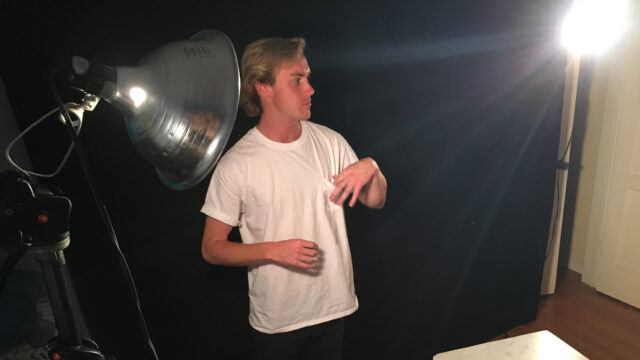 If you want to learn more about Michael and Christian’s, creative’s work, head over to their dedicated Vimeo page.

Michael Priestley and Christian O’Keefe are two filmmakers based in Long Beach, CA. Together they've developed a very run-and-gun style of production with a fascination in working within tight budgetary restraints.