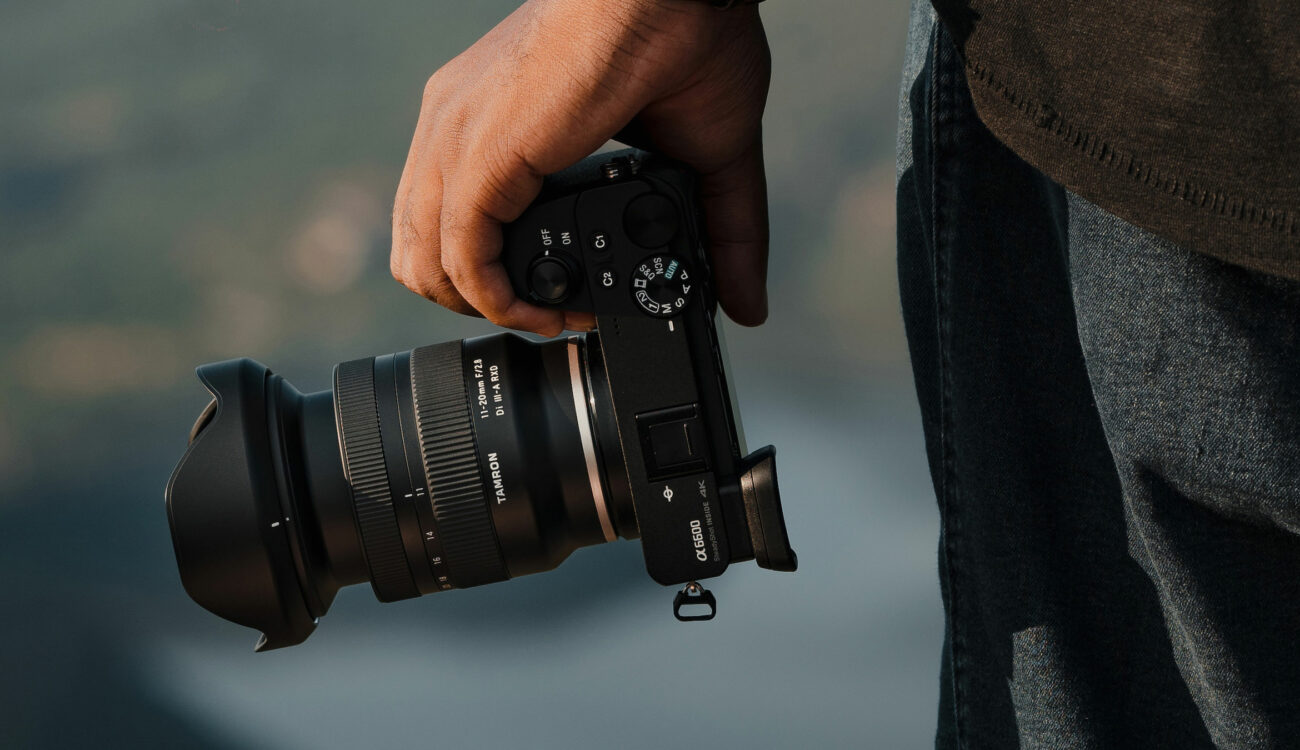 The lens design of the Tamron 11-20mm F/2.8 Di III-A RXD consists of 12 elements in 10 groups. On the inside, you’ll find two GM (Glass Molded Aspherical) lens elements, two LD (Low Dispersion), and one XLD (eXtra Low Dispersion) lens elements to reduce chromatic aberrations. Also, there is a Fluorine Coating on the front element for protection and safe cleaning.

The Tamron 11-20mm F/2.8 Di III-A RXD is moisture-resistant (but not water/dustproof). The aperture diaphragm consists of 7 aperture blades, the front filter size is 67mm, and the minimum focus distance is 0.15m/5.9in at the widest end.

For wildlife photography/videography lovers, Tamron also released the 150-500mm F/5-6.7 Di III VC VXD (codename A057). This lens covers full-frame sensors, so that you can use it with nearly every Sony E-Mount camera. As its name suggests, this lens has a variable aperture from F/5 at 150mm to F/6.7 at 500mm (which is still relatively bright at 500mm!). It also has VC (Vibration Compensation), which is basically image stabilization.

On the lens itself, you’ll find a couple of switches to control your autofocus, switch it to manual focus, activate/deactivate VC, as well as a 3-positions VC-mode selector. The first VC mode is “Standard”, the second is “Exclusively for Panning,” and the third one is “Framing Priority.”

The lens design consists of 25 elements in 16 groups and “utilizes special lens elements and hybrid aspherical lens elements to control various potential aberrations such as chromatic aberrations”, according to Tamron. The front element has a Fluorine Coating, but some glass elements also have a BBAR-G2 (Broad-Band Anti-Reflection) coating to prevent ghosting and flares.

What do you think about these two new Tamron lenses? Do you often use an ultra-wide-angle lens on an APS-C camera? Don’t hesitate to let us know in the comments below!