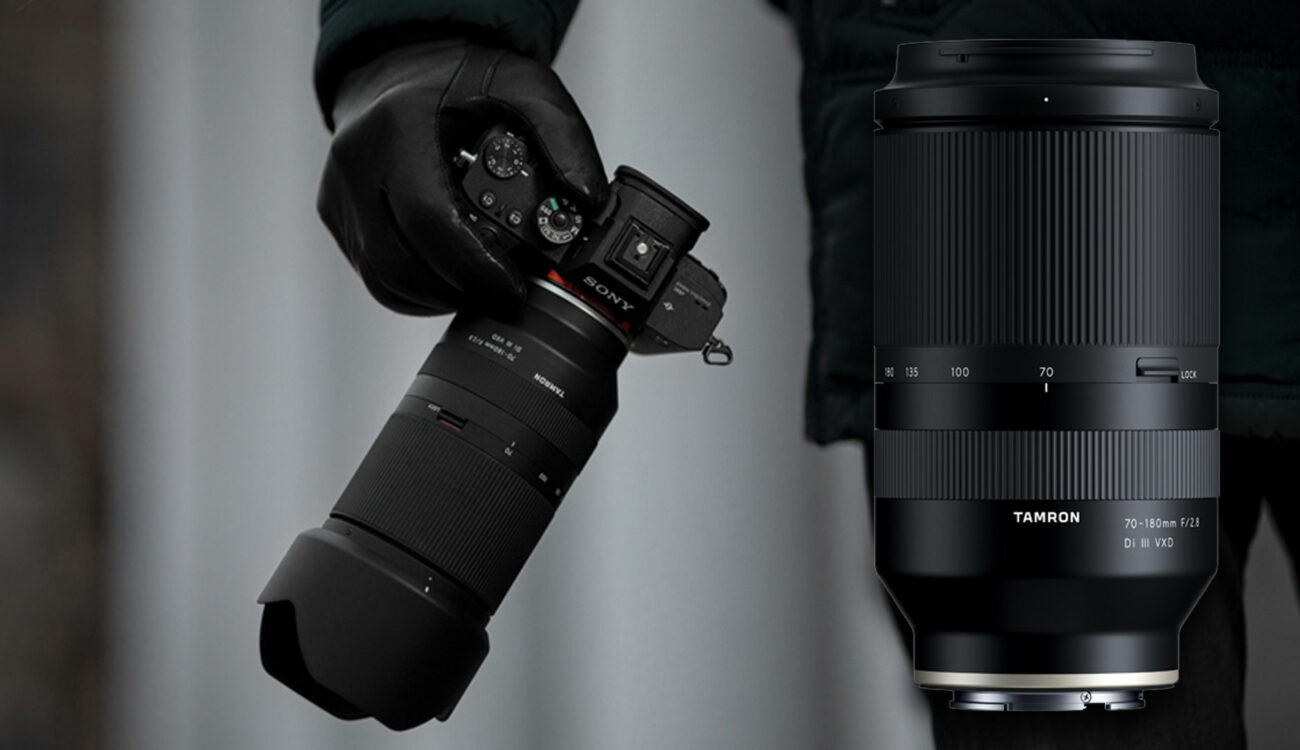 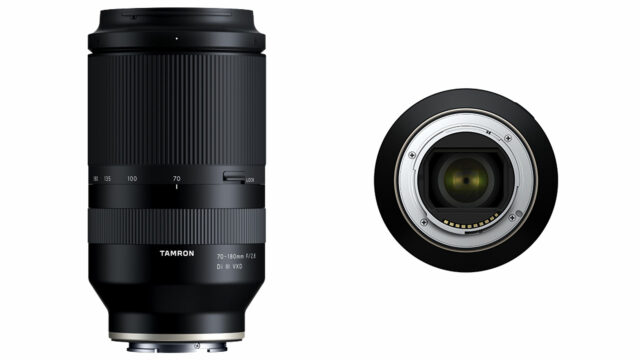 Tamron has focused on compact design, affordability and accurate, fast auto focus in the 70-180mm F/2.8 Di III VXD, which is the third lens in the Sony full frame E-mount series with a fast aperture. This telephoto lens has a newly designed AF system that promises pin sharp accuracy across the focal range for video and for photography.

The three lenses in this series are the 17-28mm F/2.8 Di III RXD, the 28-75mm F/2.8 Di III RXD and now the new 70-180mm F/2.8 Di III VXD. The lenses don’t have internal image stabilization (vibration control) like other Sony lenses. Instead the lenses work in conjunction with the cameras stabilized sensor.

The VXD linear motor AF drive is a new system built for this telephoto lens, which Tamron claimes to provides auto focus accuracy down to 0.005mm. Two VXD units are built into the lens. For sports, wildlife and fast moving action the realiability of the AF system for tracking subjects is paramount to capturing the sharpest moment in time. The Tamron 70-200 F/2.8 Di III VXD compresses its features into a very small package, a great option for Sony mirrorless cameras and the Sony FX9 too.

The Tamron 70-180mm F/2.8 Di III VXD has leak and moisture resistant seals, and the front element has a flouorine coating to protect against water and oil droplets. The filter diameter is 67mm which is the same as the other zoom lenses in the series, ideal for swapping filters and accessories between the lenses. 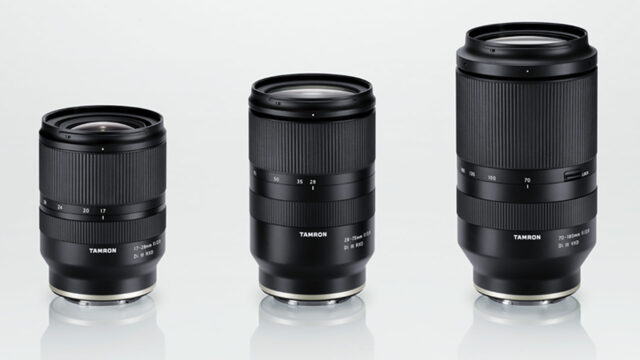 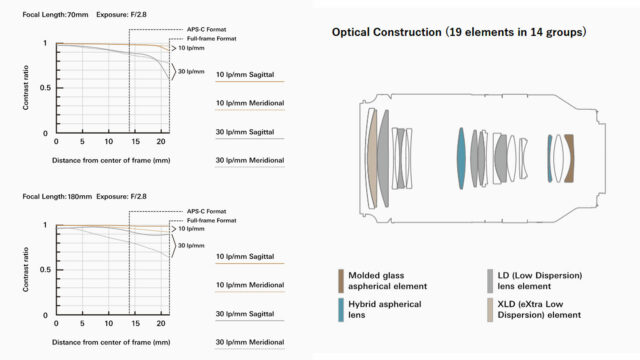 The Tamron 28-75mm F/2.8 lens is a very popular choice for Sony camera users, especially combined with the Sony a7 III due to the fast and accurate auto focus and focus tracking. The addition of the 70-180mm F/2.8 completes this versatile set of fast aperture zoom lenses. The development of the VXD auto focus drive in this lens is very promising for fast moving action, and tracking subjects. Moreso, the lens is smaller and costs considerably less than the Sony 70-200mm F/2.8 GM counterpart.

Understandably with the current global situation, many production lines have slowed down so we hope to see the lens in stock and in the hands of content creators soon.

Will the Tamron 70-180mm F/2.8 Di III VXD complete your Sony E-mount lens line up, or are you going to be adding this lens to your kit bag? Let us know in the comments.