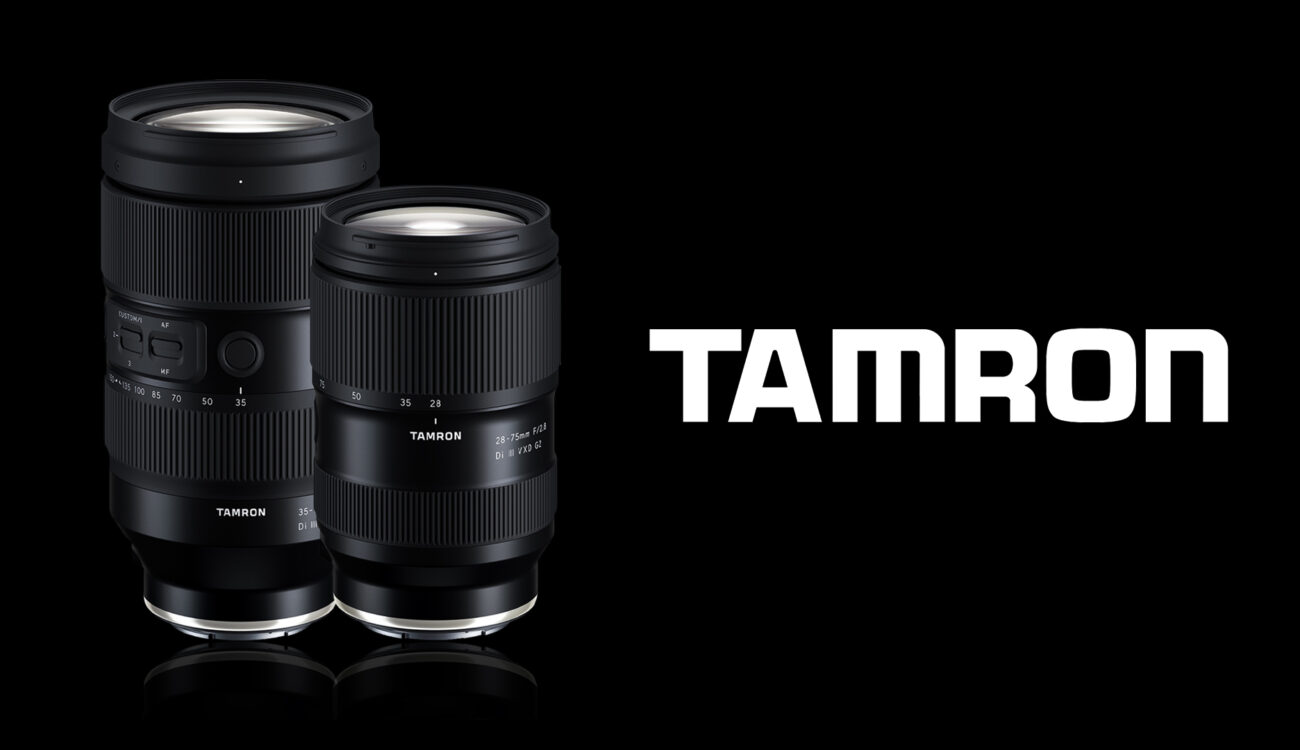 When it comes to full-frame zoom lenses for Sony mirrorless cameras, the choice is quite limited. Sony lenses are relatively expensive and while Sony’s G-Master lenses are gaining traction, the fastest are f/2.8, and a lot of people are still adapting their old Canon-EF glass sacrificing the advantages of the native E-mount.

Luckily, back in 2018 TAMRON released their first-generation 28-75 f/2.8 Di III VXD E-mount lens which is a much more affordable solution for a standard zoom.

The Japanese company is now expanding its lineup by announcing the development of the 35-150 f/2-2.8 Di III VXD, with an impressive maximum aperture of f/2, and the second-generation 28-75 f/2.8 Di III VXD G2. Let’s take a closer look.

The TAMRON 35-150 f/2-2.8 Di III VXD offers a wide focal range and an extremely wide maximum aperture of f/2. This is a world’s first for a zoom lens for Sony E-Mount mirrorless cameras, even though the Canon RF 28-70mm f/2 L USM already offers this feature to Canon mirrorless users.

Having the ability to go from a wide-angle to a telephoto lens with such a fast aperture makes this product ideal for travel and event photographers and filmmakers who often find themselves facing a wide variety of shooting scenarios.

Moreover, TAMRON announced the development of the second-generation of their 28-75mm F/2.8 for Sony E-Mount.

The company claims that the new TAMRON 28-75 f/2.8 Di III VXD G2 will inherit the compact size of its predecessor, but with a new optical construction that should provide better image quality, operability, and ergonomics.

This new standard zoom lens will have a minimum focal distance of 18 cm, compared to the 19cm of the previous generation, and a filter thread size of 67mm.

Moreover, both lenses are compatible with the TAMRON Lens Utility software that will allow the user to access lens function customization and firmware update by connecting the lens to a computer using the provided TAMRON Connection cable (USB-A to USB-C).

For example, various functions can be assigned to the Focus Set Button on the lens, like setting A-B focus marks or switching the focus ring function from controlling focus to controlling iris.

The TAMRON 35-150 f/2-2.8 Di III VXD and 28-75 f/2.8 Di III VXD G2 are still in the development phase, but according to TAMRON announced both lenses will be launched by the end of this year. No pricing information is currently available.

Have you been waiting for more affordable zoom lenses for your E-Mount full-frame camera? What do you think about this TAMRON announcement? Let us know in the comment below.