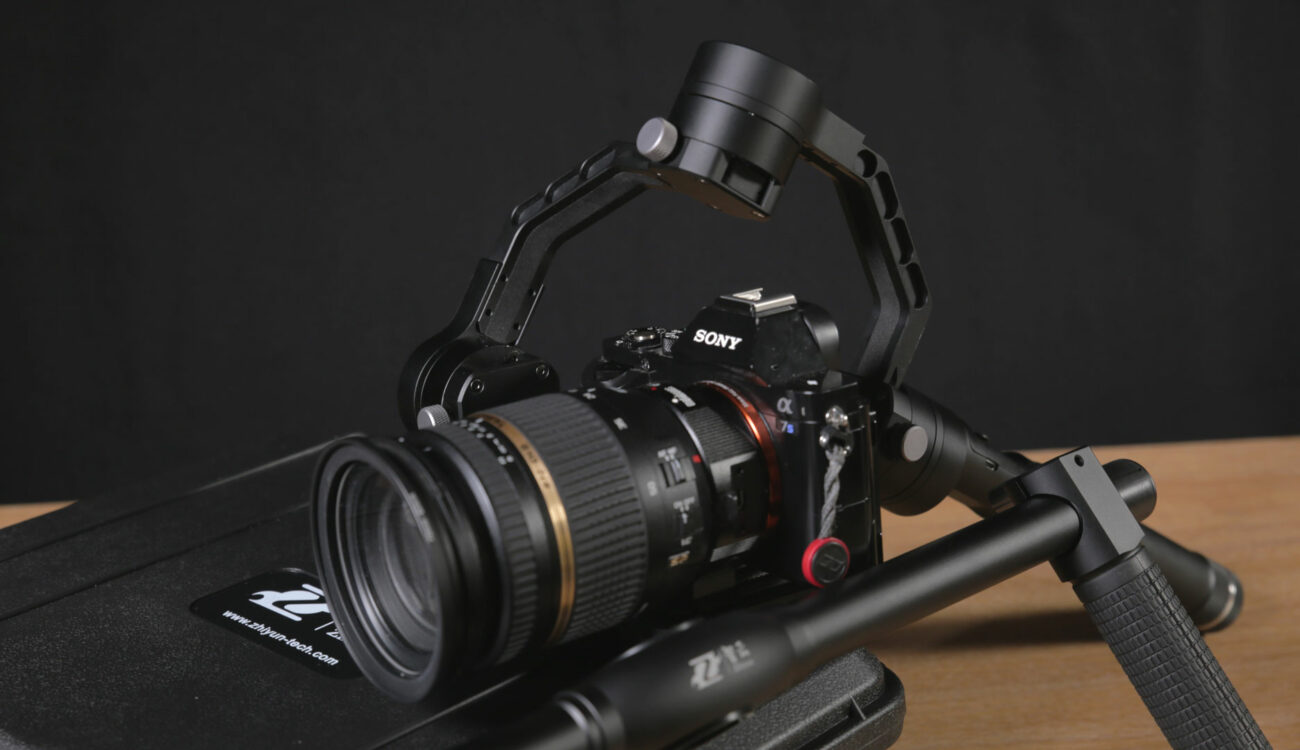 I recently got my hands on a Zhiyun Crane gimbal. Now, we all know there is a plethora of gimbals and handheld stabilisers out there, some for smartphones, for GoPros, DSLRs and for cinema cameras like a RED or Alexa Mini. These add up to over 30 different models in the B&H stock list alone. So, what makes the Zhiyun Crane stand out, and what is it like using it?

The Zhiyun Crane has a payload of 1.2kg which makes it ideal for mirrorless cameras and smaller DSLRs. (EDIT: the latest firmware upgrade allows you to increase the payload to 1.8kg). The gimbal features brushless, encoded motors that can rotate 360 degrees, and is controlled through a toggle-style button – useful for some applications. It has 3 operation modes that include: 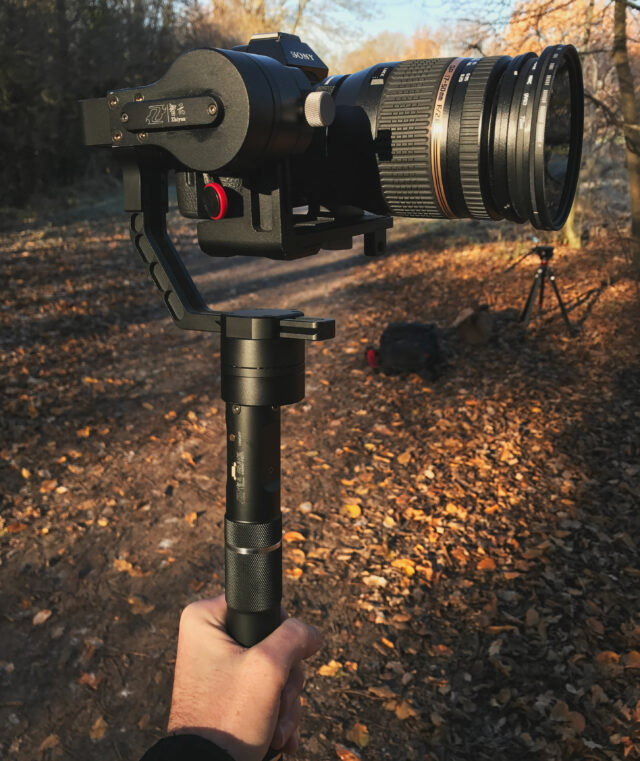 I’m using mine with a Sony a7S and a Tamron 17-50mm f/2.8 with a Metabones adapter. The lack of a native E-mount lens plus the weight of the adapter does make the payload rather heavy for smooth motion, but image stabilisation in the lens does help in this case.

The Setup and Configuration

The Crane comes in a neat hard case, and the balancing is really quite quick and easy unlike other gimbals and stabilisers I’ve used. It’s tool-less, so small adjustments to balance the camera can be made without faffing around with screwdrivers or keys. After a few minutes, the camera sits relatively horizontally without tipping, meaning it’s nearly ready to go. One small thing I noticed when balancing the camera, as well as when attaching or removing it, is that the motors don’t lock, so the plate that the camera sits on is always moving around. I can imagine this only affects the speed of setting up the camera, but nothing more. 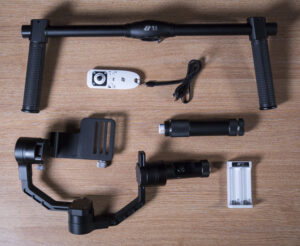 Operation and Using The Zhiyun Crane

Familiarising myself with the gimbal and getting used to walking with it wasn’t that big of a challenge, although during the filming for the review I found myself adapting my walking technique to keep the camera nice and steady. I do think this is down to using a heavy lens, though. On a previous shoot, I used the Sony 16-50mm f/3.5-5.6, which weighs only a few hundred grams and has OSS, and I found the results to be much smoother. The Sony 10-18mm f/4 also sounds like a good native option for gimbal use.

Getting the moving shots is relatively straight forward – the gimbal powers up quickly, you hit record and away you go. The Zhiyun Crane can be used in both standard (upright) and inverted mode (with the camera underneath). I haven’t used the latter yet, but using the dual handle for getting shots lower to the ground for some perspective would be ideal. The ability to be set up and filming in just a few minutes was a pleasant surprise!

Micro-jitters are apparent when playing back footage (all shot in 50p), mostly on the up/down axis while walking, although the Warp Stabilizer in Premiere seems to remove these quite well. A downside to the Crane is not being able to see the whole camera screen, as it is blocked by one of the motors. But unlike other handheld gimbals out there, you have access to the HDMI port on the left of the camera, so hooking up a monitor would be a quick fix if you have a flexible and light HDMI cable.

One big downside for me is that the Crane doesn’t have a quick release plate for switching between a tripod and the gimbal quickly. The process of removing the tripod plate, possibly changing lenses, attaching the camera to the gimbal, checking its balance and powering it up takes maybe 5 minutes, but those 5 minutes might mean missing ‘the shot’. I certainly see myself having a dedicated camera on there to avoid this switch over time.

What About The Footage?

I think that when shooting in 25p, the micro-jitters caused by my heavy lens would have been too apparent. When shooting in 50p, some shots were usable out of the camera without the need for stabilisation, while others needed a touch of it to be usable. The Zhiyun Crane came with me on a couple of recent shoots, and the movement adds a lovely dynamic to the final video, and certainly lifts the production value.

You can pick up the Zhiyun Crane from $649/€749 – definitely in the affordable price range for a handheld gimbal of this quality. The accessories now include the dual handle bar which will help distribute the weight of the gimbal and camera combination, and also a bluetooth remote that controls the pan and tilt movement.

The Zhiyun Crane is a great option if you shoot with a mirrorless camera and have native lenses. It’s speedy to set up and performs well for those smooth, moving shots that add so much more life to videos and films, without having to spend over $1000/€1000. The build quality, responsive motors and ease of operation all speak for themselves when you’re using it. There are some shortfalls, but what would you expect? Like any setup, practice is key to getting it right. A lighter lens would likely help with the jitters, and for those shots where you can’t see the screen, a monitor is the answer. Bang for buck, the Zhiyun Crane is a great choice.

There have been a number of comments about the shakiness of the footage in the video, about the load capacity and others, so I want to answer these for clarification.

The Zhiyun Crane now has the latest firmware installed, and another review video will be conducted to compare the results.

Have you tried the Zhiyun Crane? Would you recommend it? Let us know in the comment section below!