TOSHIBA has developed a pretty smart secured SD card which can be locked via your smartphone in order to prevent unauthorised access. 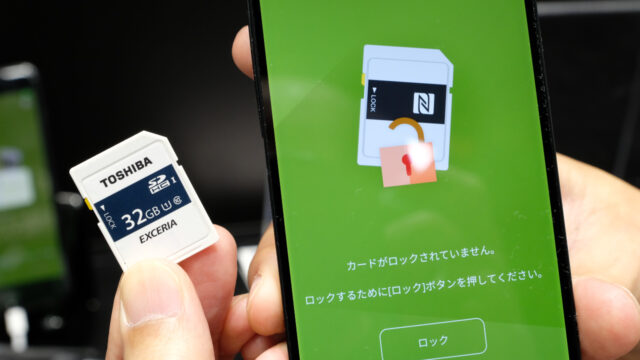 The “SD” in SD card stands for “secure digital”, but in reality these cards are not really secure when it comes to keeping your data safe.

Imagine the following scenario: you’re shooting on location and somehow your SD card with all the valuable footage is lost. While that alone is of course quite annoying, there might be another reason to worry: what happens to the footage if someone finds that SD card? This new secured SD card might be the answer for at least this latter problem.

This new card might look just like an ordinary SD card but there’s more to it. Much more, actually. The 32GB secured SD card offers a write speed of 10MB/sec (class 10), which is sufficient for FullHD video and even 4K (with decent compression). For a short refresher on speed classes, have a look at this overview: 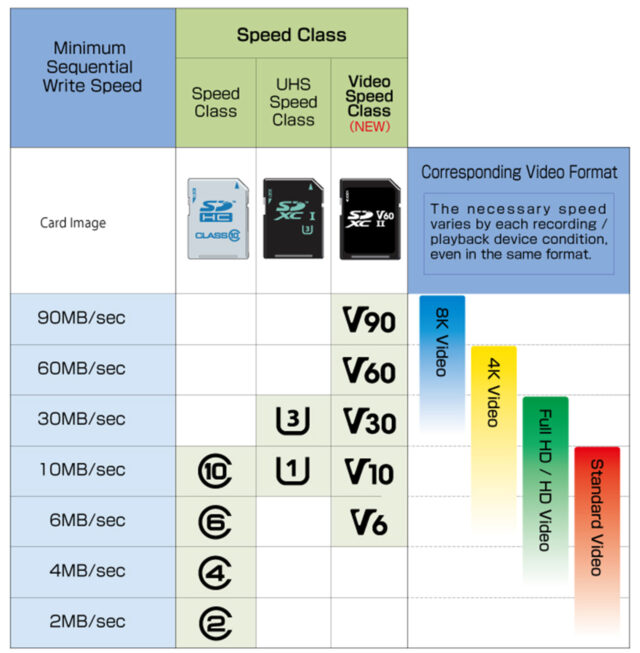 A full-fledged NFC (near field communication) radio chip is integrated in the TOSHIBA SD card, making it possible to lock the card using a NFC-capable smartphone. Once it’s securely locked, you still can record footage to the card but you won’t be able to read any files stored on it.

This way, if a card gets lost or even stolen, nobody will be able to read it – a feature that, according to TOSHIBA, was requested by several broadcasting companies. This layer of protection won’t save you from loosing your valuable cards but at least it will give you a little peace of mind that nobody can mess with your (even more) valuable footage.

Just two days ago, one of the DJI inspire 1 drones we are currently using during a production crashed and parts of the drone – including the camera itself and the micro SD card – have been lost ever since. Our drone operator flew in a rocky environment, and all we could find after the crash was the battery and parts of the frame.

The tiny (yet important) detail of interest here is the micro SD card. Thoshiba’s Hase-san reports that this new feature currently only works with regular-sized SD cards due to the sheer amount of technology inside. It’s pretty hard to shrink the size of all the components used to fit a micro SD card. 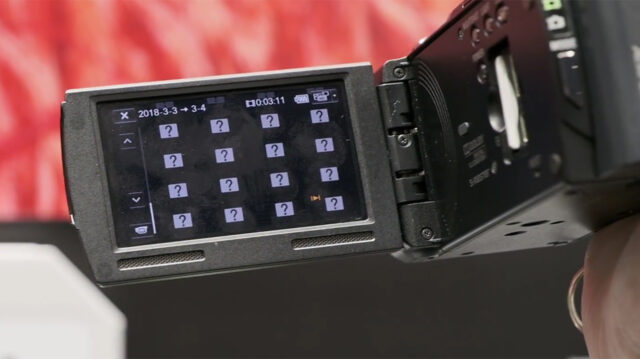 Let’s hope that TOSHIBA pushes this technology further since I believe it’s a good thing to protect your valuable content against theft and misuse. And these days, micro SD cards are pretty common in smaller sized cameras.

These TOSHIBA secured SD cards are being mass produced right now, but there’s no word on pricing and availability yet. TOSHIBA will launch this new kind of SD card in Japan first and then expand production as needed to cater the global market.

What do you think? Would you like to be able to lock your recording media? Let us know in the comments below!