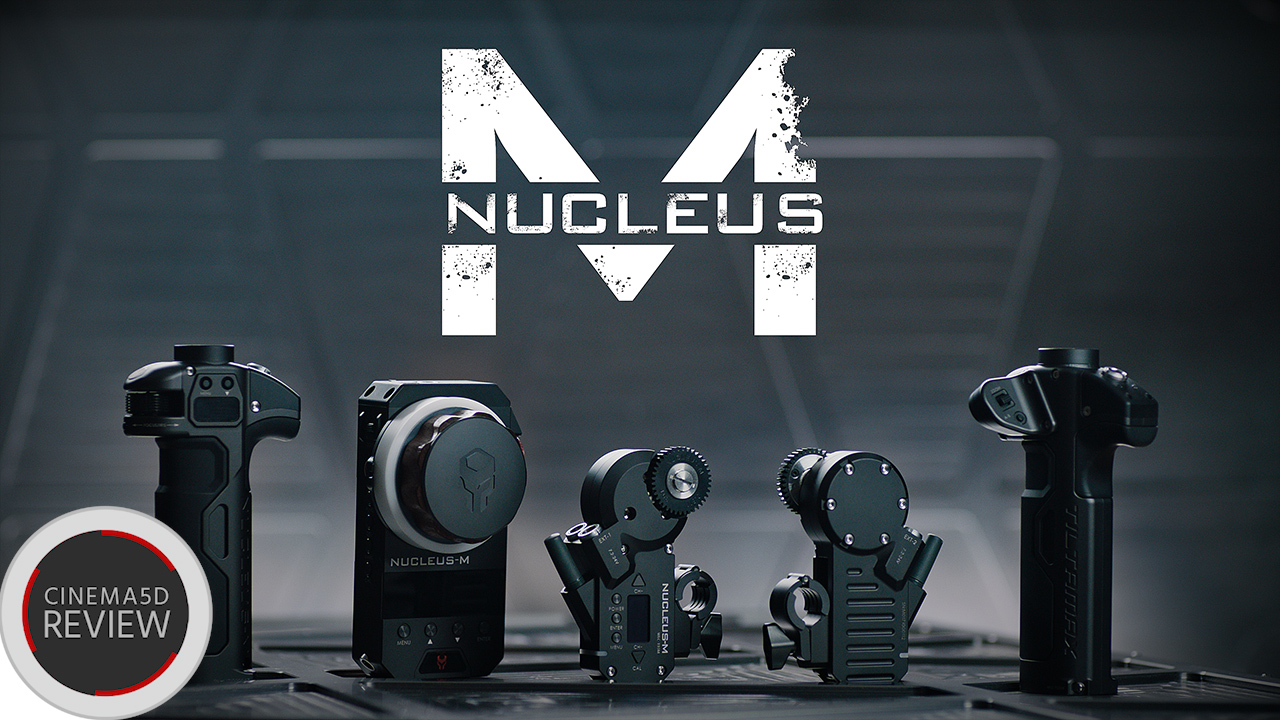 Stewart Addison took the much-awaited Tilta Nucleus-M Wireless Follow Focus System for a spin. Check out his findings below. 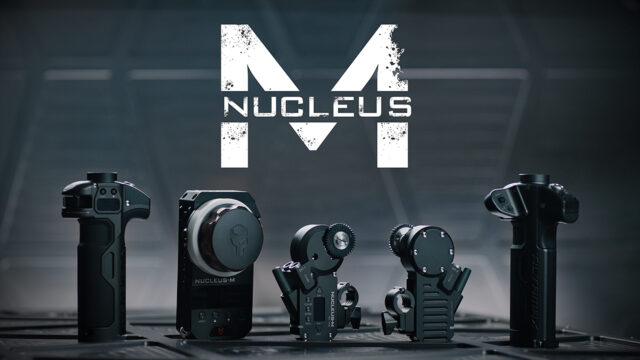 Tilta has been improving our shooting experience at affordable prices for years now. From the killer a7 cage to electronic cinema camera cages and last year’s lightweight gimbal, Tilta has a pretty great track record of creating products to build around your camera without getting in your way. Addition via subtraction. I’m a fan.

Hence my excitement for the Tilta Nucleus-M, its new lens control system that premiered at NAB 2017. For a mere $1,500 for a 3x motor FIZ system (pennies when compared to the competition), Tilta is offering wireless lens control that makes balancing gimbals easier and has a control distance of 1,000 feet, perfect for drone use. On paper, this is the kind of lens control that’s perfect for every occasion, but how does it perform? 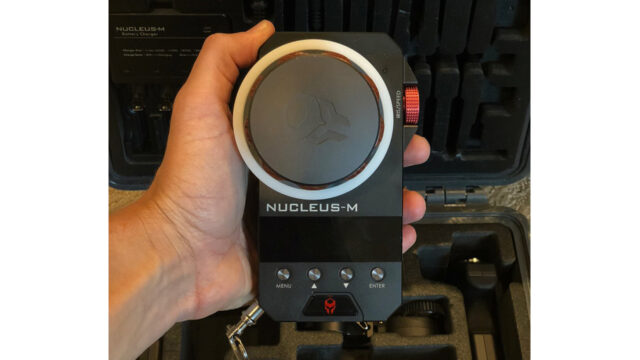 Nucleus-M – Why is the Delay in Shipment?

I would have loved to have been able to have this review out by late July or early September, when the Nucleus-M was expected to ship. Instead, the company has delayed the arrival of the product for those of us who purchased one early. It’s been a particularly frustrating period for some buyers, who have been promised multiple shipping periods only to have shipping moved again. Tilta’s forum and individual responses have suggested that the delays are being caused by improvements being made to the Nucleus-M. That’s all well and good, but the company originally promised a wireless distance of 2km and then downgraded to 1000ft (304.8 Meters) after some people had already bought the product. But in all fairness, some of the changes have been in fact upgrades: the wireless radio chip was recently updated in the older units, (My own unit also went back for having a new chip replacement). All of that aside, I did receive a functional Nucleus-M, so let’s talk about it! 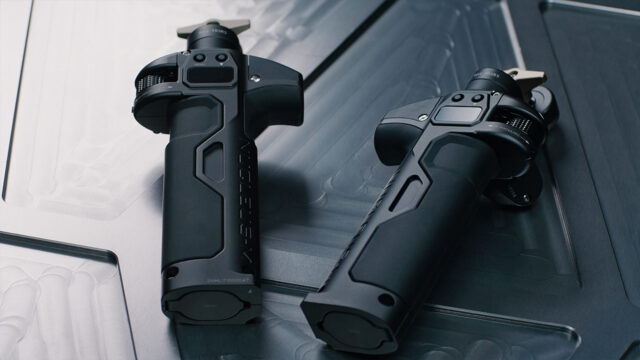 It trumps everything. If a product doesn’t work on set, nothing else matters. Luckily, my experience with the Nucleus-M was fantastic. I never lost connection (tested range is 1,000 feet for now), had no issue connecting to both my ARRI and RED setups, and found the focus system to be both intuitive and easy to adapt to. I tested the Nucleus-M with a variety of lenses and had no issues. It certainly performed well beyond its $1,500 price.

I did find, however, that there were a few features that could have been more streamlined. The Nucleus-M handles are powered separately from the motors, and turning each one on and off in different orders can have varying consequences. The handles can be powered off without losing motor calibration, but the motors must remain on. That makes sense in theory but can be frustrating practically. I’d like to be able to power the entire unit down without losing calibration.

Moreover, each motor has its own unique motor channel and its own wireless channel, which need to match. I found this confusing, especially since the motors are reset whenever they’re turned off, making each new set up unnecessarily confusing. Hopefully this issue can be more streamlined in future firmware updates. 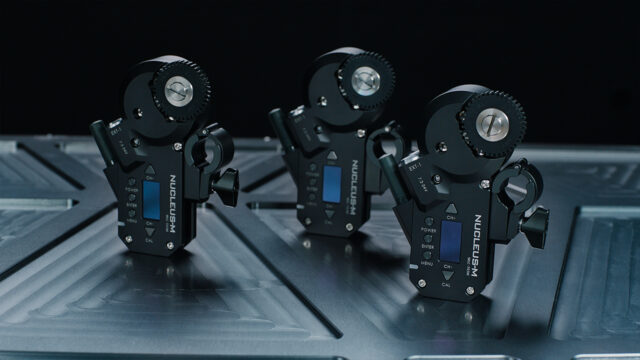 Another frustration was the motor-to-motor cable length – they’re too short. Not too short to function, but so short that they only fit very tightly around the lens. A few more inches would make these cables much easier to use.

Luckily, the battery life on the unit was solid, lasting well throughout my recording time. Tilta says the FIZ unit lasts up to 10 hours, which seemed accurate to me. The battery handles last two days.

The Nucleus-M comes with two motors, but you can attach a third if you want to control iris, focus, and zoom simultaneously. Controlling all three was a breeze. The knob on the focus puller is nice and stiff, the motors are surprisingly light, and the wooden panels feel really nice and solid, albeit not to my personal design taste. 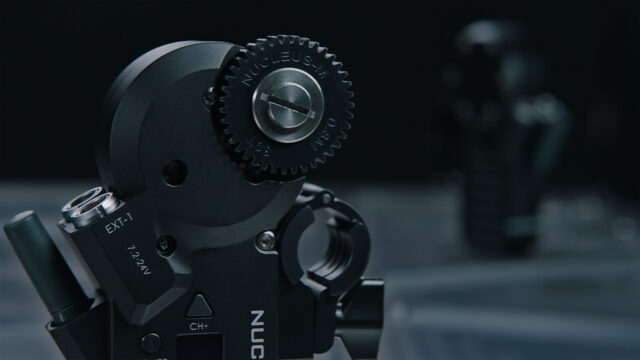 I read this hint online courtesy of my friend Daniel Stilling and it really helped me out configuring it: “I have assigned each of the controllers a separate channel. That way there’s no master/slave issue. If I want a motor to work with the AC hand unit, and another with the handles, they are all in separate channels. If I want everything controlled by the AC hand unit, put all the motors to the same channel. If you have three motors, and want each controlled by a different controller, assign each a discrete channel. That way there’s no confusion on what is controlling what.” 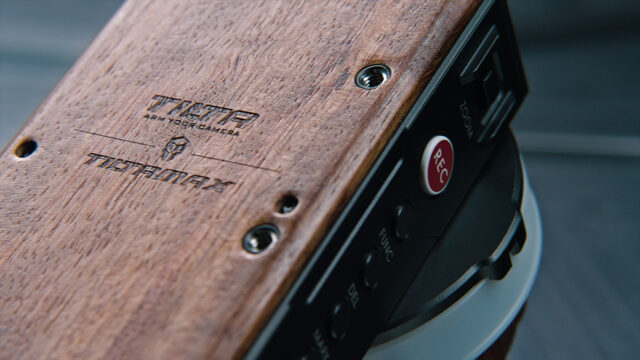 You’ll want to have a cheese plate handy, as there are only a few mounting points on the Nucleus-M. The unit comes with a nice waterproof case that becomes a bit of a Tetris battle to fit everything back into, though. Overly-snug cases are not my favorite, but the base offers nice protection and, again, it’s hard to complain about the hassle for $1,500. 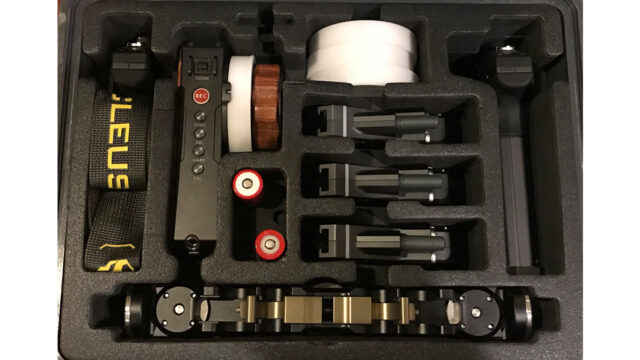 Overall, the Tilta Nucleus-M feels great, works great, and is well worth it’s price tag. Yes, the rollout has been a bit painful, but I have no reservations in recommending the unit to anyone and can’t wait to see what else Tilta has up their sleeve, especially at these price points.

I once knew a man who spent $25,000 on a three motor wireless FIZ follow focus system… Hmm…

If you already received your Nucleus-M Wireless Follow Focus System, please share with us your findings and thoughts.