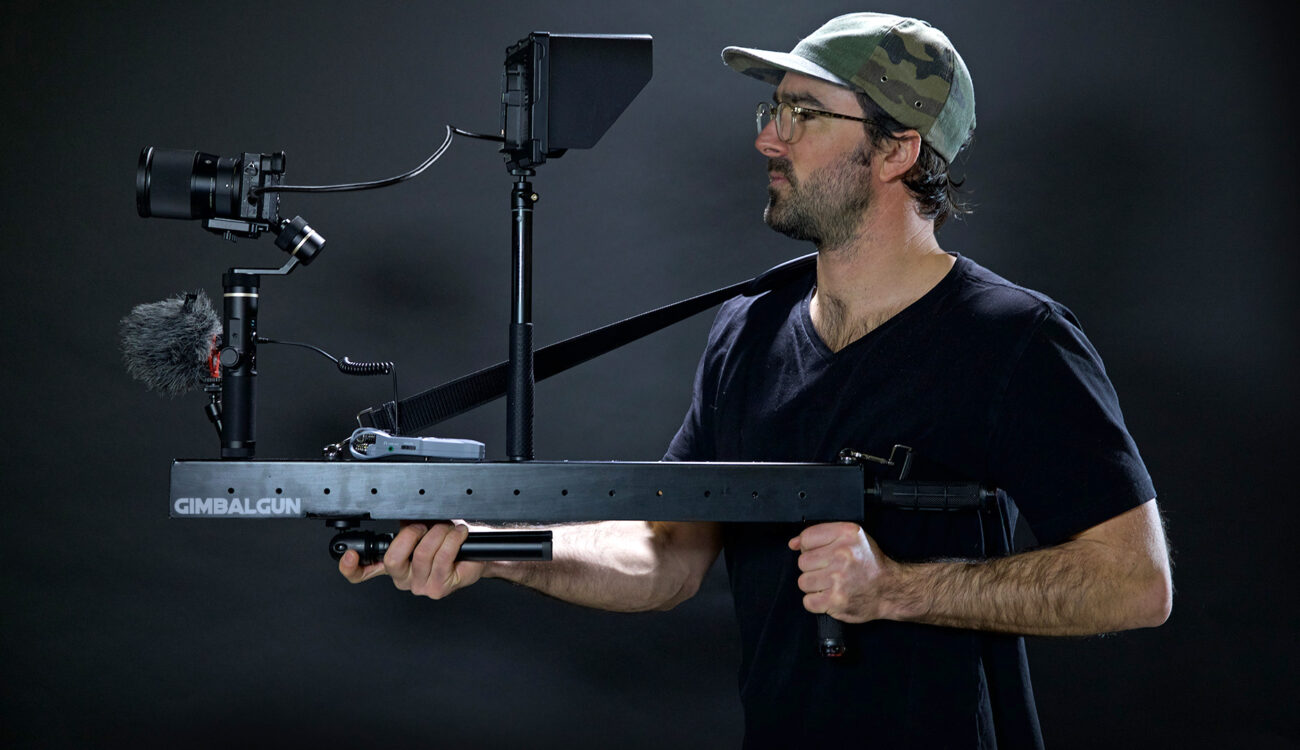 This is a fun one! Or maybe not.. I won’t judge this thing until I haven’t tried it but you’ll probably agree with me when I say this is the most peculiar piece of gear I’ve seen in a very long time. Meet the GimbalGun – a support rig for your single handed gimbal plus a truckload of accessories. 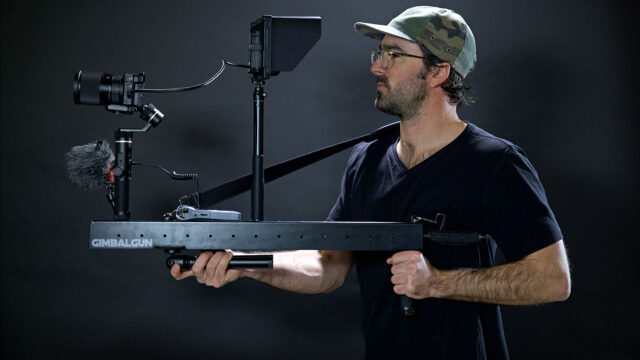 Although the name might suggest otherwise, this is not a war machine but a support rig (which does look a little bit like a giant gun, granted). The GimbalGun was invented and DIY’d by William Graham, based in Portland, ME, out of necessity. Since he tended to overload his gimbal with way too much accessories he needed something more comfortable to hold and operate. The GimbalGun was born.

In order to bring this to life Will has just started to a Kickstarter campaign, watch the intro video below:

Now that we know what this is, let’s dive into the features of this unusual device!

The GimbalGun itself is made form a lightweight yet strong aluminium 6061 alloy. The whole unit just weighs 750 grams. And the size? It does look huge, but rest assured: This is only a prototype (70cm x 6cm x 6cm). The final product will be smaller and (hopefully way) more compact. The main goal of the GimbalGun is to better distribute the weight of your Gimbal plus accessories and of course the device itself. Therefore it comes with a padded shoulder strap which attaches via two swivel hooks to the GimbalGun. Furthermore, two removable handles, a monitor mount and a mini tripod are included.

EDIT: since the video and photos were take, Will already made some improvements and this is what he wrote us: We found that the GimbalGun™ was a bit to wide and tall, making it a bit bulky. We have slimmed the new design down, making it lighter and easier to access the underside to screw in screws. 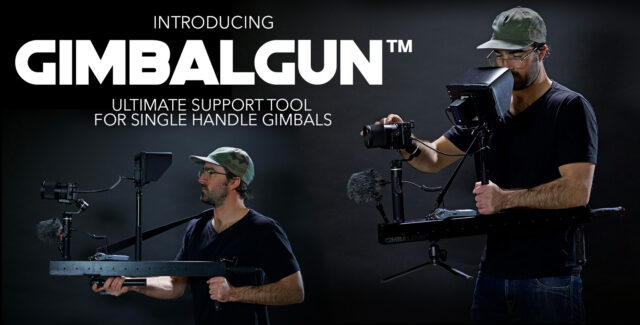 Just like any other accessory, the gimbal itself attaches to the GimbalGun via a 1/4 20 screw insert on the bottom. The supplied monitor mount is height-adjustable and also serves as a handle. In this configuration you can bring the monitor way closer to your face which is pretty nice.

The elephant in the room is obvious here, though: This thing is.. huge?! Having a gimbal’s weight rest on the shoulder and back is nice but the main advantage of deploying a single-handed gimbal in the first place is that it’s not huge. You can shoot in tight locations, follow a talent through narrow doorways and around corners. What good is a device like the GimbalGun in that scenario? 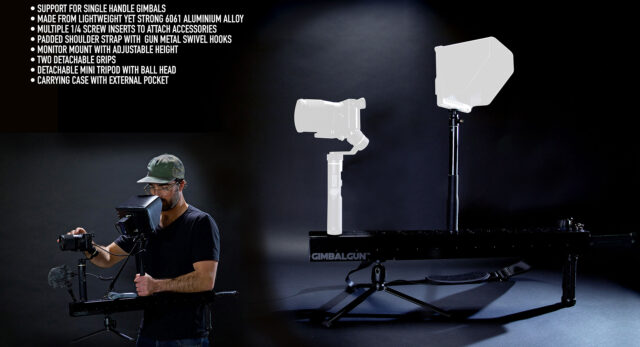 I think the idea is solid and it makes a lot of sense but at this stage the GimbalGun is just too big. Let’s hope Will finds a way to make the device more compact and thus better suited for more use cases. If you want to support him, check out his campaign over at Kickstarter.

Please keep in mind that Kickstarter is not a shop or a market place and there are certain risks when backing up a project.

What do you think? Is the GimbalGun something you would bring on your next shoot? Share your thoughts in the comments below!