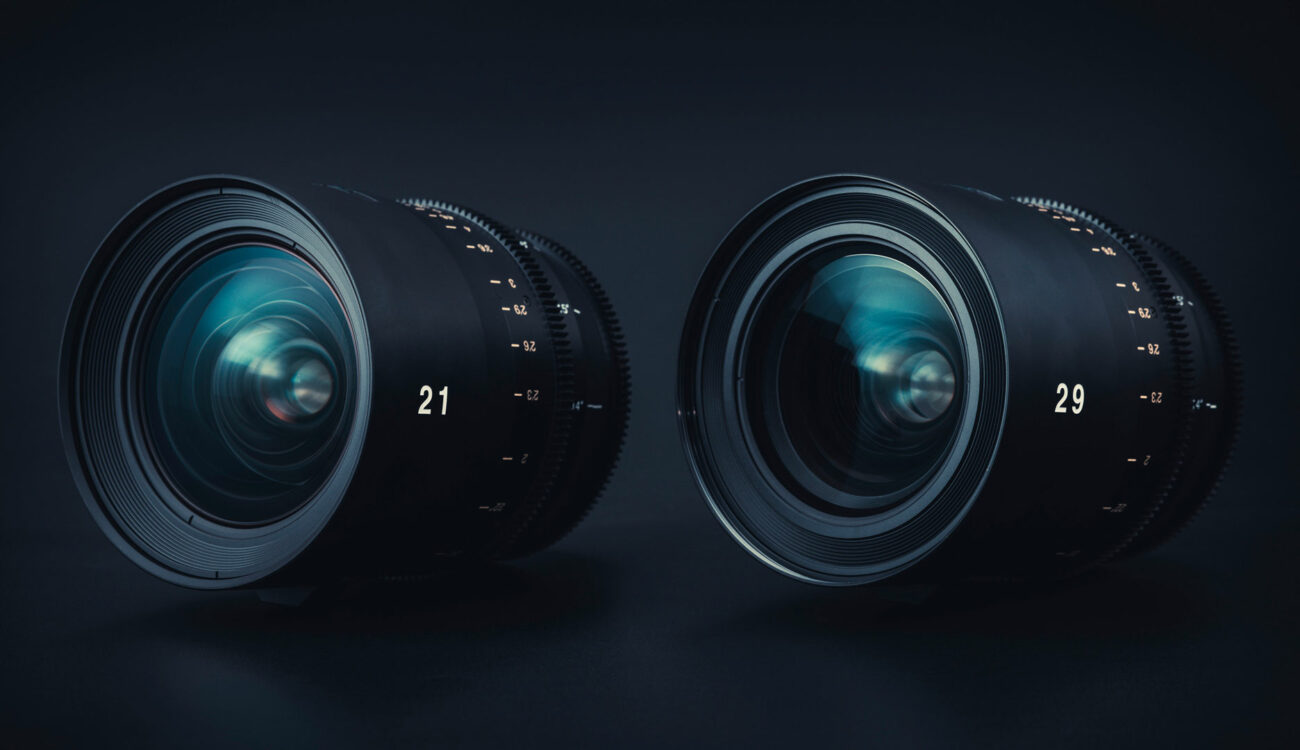 Tokina’s Cinema 21mm and 29mm T1.5 Vista lenses will complement the existing focal lengths in the Vista primes line in early 2022, matching both the look and the physical specs. The Japanese lens manufacturer has just announced the development of these two lenses, which are already in late-stage development with prototypes being tested in real-life productions.

Perhaps the most popular cinema lens line from the Japanese optics company Tokina (Tokina Cinema) is the Vista T1.5 Prime series. As the name implies, the prime lens series offers a large image circle to cover large-format “Vistavision” sensors while maintaining a very fast aperture of T1.5, across the whole line.

While initially launched with seven lenses with fairly standard focal lengths, Tokina continued adding the in-between focal lengths to offer more choices for DPs. The company first added the 40mm T1.5 lens in November 2020, followed by the 65mm T1.5 lens in January 2021. Today, Tokina Cinema announces the development of another two lenses for the Vista line – the 21mm T1.5 and 29mm T1.5. Let’s take a look at the details.

With the addition of the two new focal lengths – 21mm T1.5 and 29mm T1.5 – the whole line will comprise 11 lenses in total. As Tokina Cinema states, the new lenses will match the existing Vista prime line in both physical specs (with 114mm front diameters) and the look. All Vista prime lenses feature high-quality glass elements, capable of resolving 8K+ resolutions, so it seems they are well future-proof.

The company does not want to disclose the full technical details of both lenses yet, but it seems they will maintain the same optical characteristics as the existing Vista primes. As with the other lenses in the set, distortion and chromatic aberration will be well-controlled, according to Tokina Cinema. The lenses have been designed to exhibit minimal focus breathing and exhibit soft, pleasing flare and a gentle roll-off from subject to background.

As with the existing Vista primes, the new 21mm and 29mm T1.5 lenses will be available in interchangeable ARRI PL, EF, MFT, Sony E, and ARRI LPL mounts.

According to Tokina Cinema, the lenses are in late-stage development with prototypes already being used in productions by DPs such as Phil Holland and Alex Jacobs and they should be ready to launch in early 2022.

If you want to judge the look of the existing lenses from the series, the Vista primes have been used for various productions, such as Ted Lasso (Apple TV), The Wilds (Amazon Prime), Vigil (BBC), and others.

As this is only a development announcement, Tokina Cinema did not publish any information regarding the pricing and availability of the new lenses yet. Stay tuned for more information on these.

Do you have experience working with the Tokina Cinema Vista prime lenses? How do you like their build quality and the look? Let us know in the comment section underneath the article.