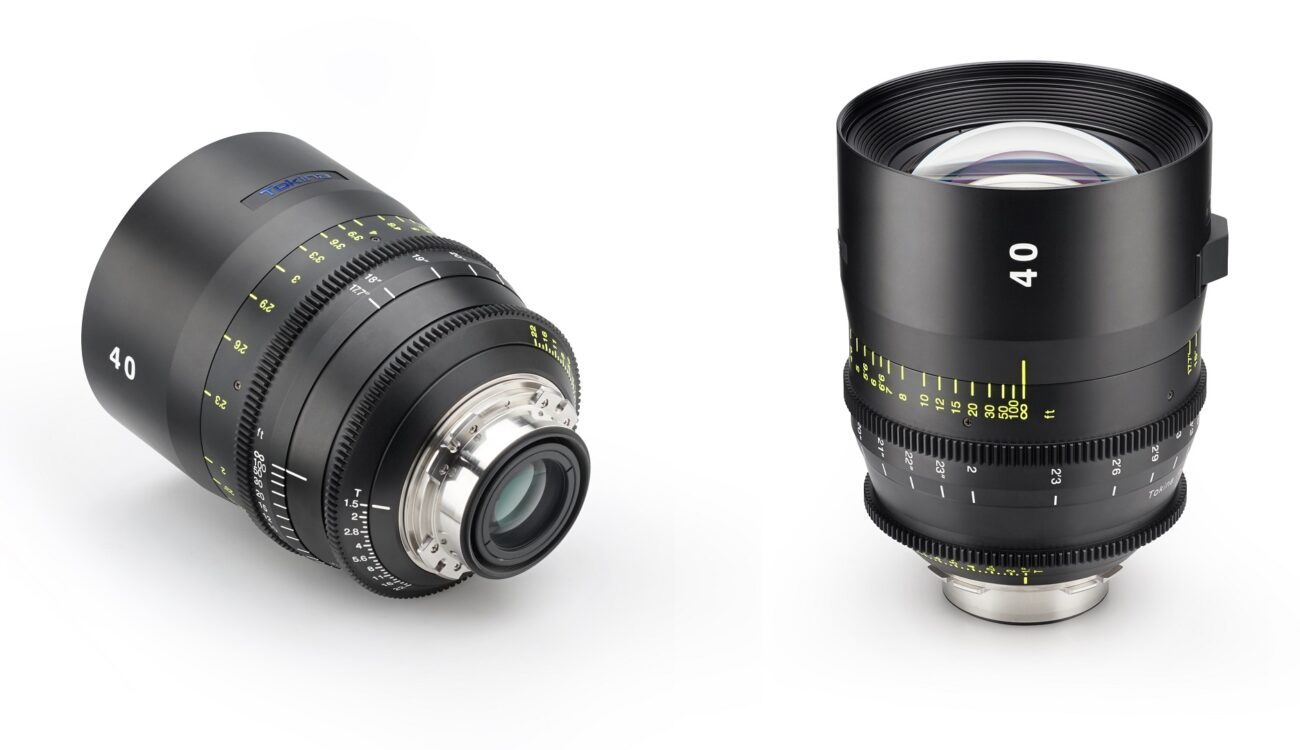 The Japanese lens manufacturer Tokina offers a wide variety of glass for photography and cinema. While the company produces some fairly affordable stills and cinema lenses, its premium large format Cinema Vista line positions itself on the top of Tokina’s lens portfolio.

The new Cinema Vista 40mm T1.5 has an image circle of 46.7mm, which easily covers RED Monstro 8K VV and ARRI ALEXA LF Mini 4.5K Open Gate formats. The lens also has an area of illumination that will cover larger formats up to Alexa65 2:1 Open Gate.

Why 40mm? One could say that with the existing Cinema Vista lenses, Tokina already had all the important focal lengths covered. According to the company, however, many customers asked for a 40mm lens. As Tokina claims, this focal length is considered by many to be the perfect “normal” lens to portray a natural field of view on a large format cinema camera. It seems that as large-format exceeds full-frame FOV, the 35mm becomes a bit too wide for certain shots.

The lens, naturally, retains the same form factor as other Vista Prime lenses with a 114mm front diameter and weight of approximately 2.25kg (5 lbs), which is similar to others in the series. It is available in interchangeable ARRI PL, EF, MFT, Sony E, and ARRI LPL mounts.

According to Tokina, with its Cinema Vista primes, the lens distortion and chromatic aberration is well-controlled, with minimal focus breathing, soft pleasing flare and gentle roll-off from subject to background. The Vista 40mm T1.5, of course, inherits these characteristics to fit well into the existing Vista lineup.