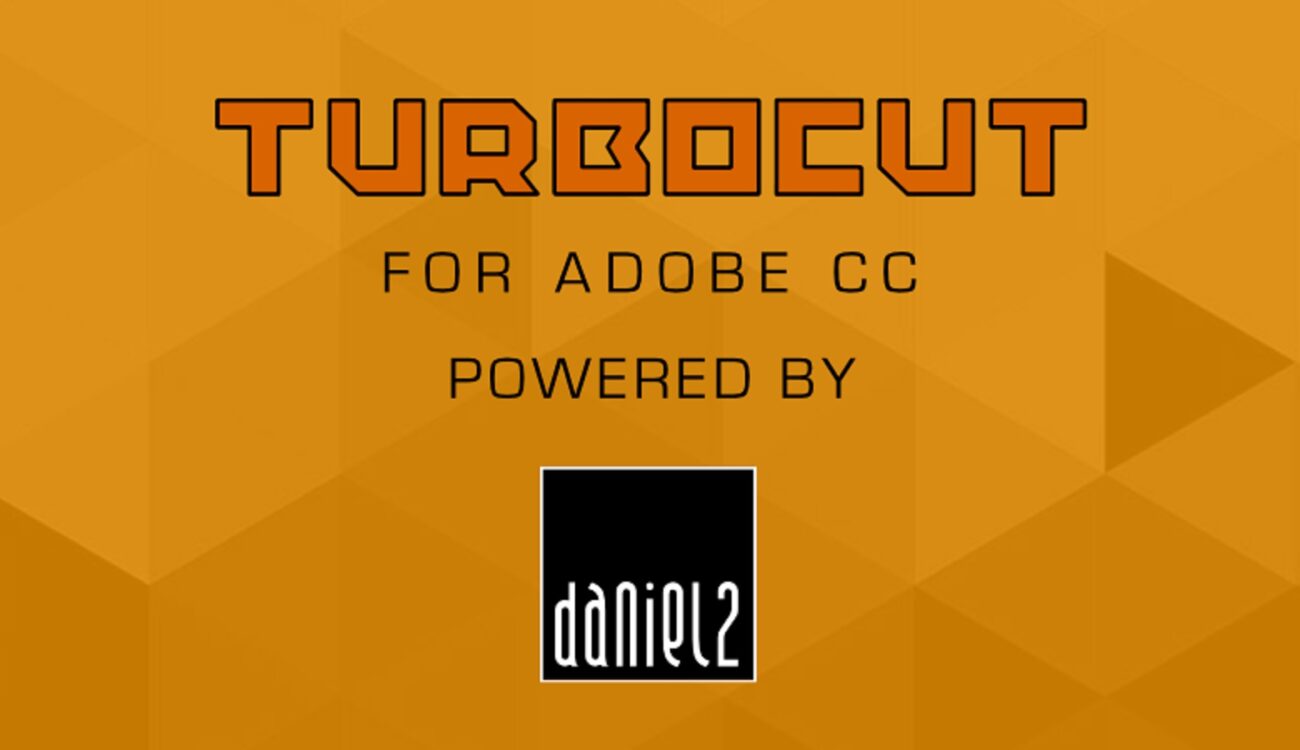 Cinegy introduced a new version of its Daniel2 Plugin for Adobe CC. It is now called TURBOCUT and it brings NVIDIA GPU accelerated H.264 and HEVC editing for Adobe CC 2020 on Windows 10. The plugin should make editing on laptops and entry-level machines with NVIDIA Maxwell or Turing series GPU easier. TURBOCUT is available for free for both Mac and Windows. 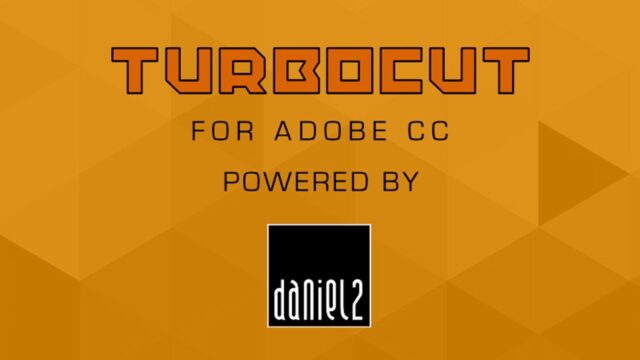 Daniel2 is a codec system from a company called Cinegy. One of its main characteristics is the GPU orientation. According to Cinegy, the Daniel2 codec offers better performance thanks to the GPU processing. The company offers a handful of products connected with the Daniel2 codec system. One example is the Daniel2 Plugin for Adobe CC. This particular plugin now got an update and it changed its name to TURBOCUT. What does it offer?

As Cinegy states, the change of name to TURBOCUT was driven by a better representation of its functionality along with a shorter and easier name. Formerly, this plugin simply used to be called “Daniel2 Plugin for Adobe CC.” It has been available for a while already and its main purpose was to provide a faster editing workflow by making better use of the GPU. As Cinegy states, the NVIDIA accelerated H.264 and HEVC export for Adobe CC was one of the main benefits of the plugin.

In previous updates of the plugin, Cinegy introduced, for example, new Daniel2 color modes (chroma 4:2:0 and 4:4:4 modes – in addition to 4:2:2 and RGBA), faster performance when using Daniel2 in Adobe Premiere for editing and switching to 1/2, 1/4/ or 1/8 playback resolution, Daniel2 8K editing on dual-core Ultrabooks or Apple MacBooks (without dedicated GPU) in 1/8 playback, and more.

The main new feature for TURBOCUT is the added NVIDIA hardware acceleration for editing, not only for export. This applies to computer-intensive compressed codecs like H.264 and HEVC that will be accelerated using NVIDIA hardware decoding.

According to Cinegy, this new feature will be most beneficial to the computers that don’t have a very strong CPU but have an NVIDIA graphics chip. Please keep in mind that TURBOCUT NVIDIA editing acceleration requires Adobe CC 2020 on Windows 10 with an NVIDIA Maxwell or Turing series GPU.

Also, according to Cinegy, the use of Daniel2 as a preview file format (Sequence Settings -> Video Previews -> Preview File Format -> Cinegy Daniel2) should provide another performance boost regardless of source format users edit in. It is fastest to choose the same resolution as the sequence and avoid any scaling unless the preview storage is too slow.

Last new feature is the support for BT.2020 color space and HDR HLG as well as HDR PQ for Cinegy Daniel2 MXF export.

TURBOCUT is available now for download and it is free of charge. There is a version for both Windows and macOS machines – TURBOCUT for Windows, TURBOCUT for Mac. While only Windows 10 computers with NVIDIA card will make full advantage of its features, TURBOCUT offers all other features on all supported systems. Cinegy has published the following download instructions:

You will be sent a new license key, but you can also continue using any existing installed license key, but you need to open Cinegy License Manager and check whether the TURBOCUT license already shows up. If not, use the new key you will receive by email when requesting the download from above link. 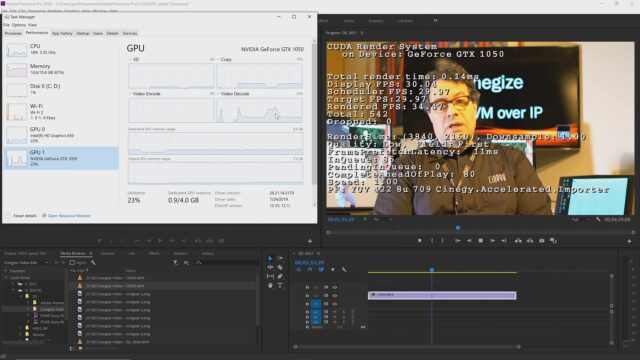 Cinegy also offers a free Daniel2-powered universal video player for Windows – Player 3. It is a standalone player for Daniel2 video files, but it also supports XDCAM, XAVC, ProRes and many other formats. Player 3 uses NVIDIA GPU (when available) for accelerated decoding but it is supposed to work very fast in CPU-only mode as well according to Cinegy. As an example of its performance, the company says that an NVIDIA GTX 1050 graphics card is sufficient to play full 8K 4:2:2 10bit @ 60fps.

The latest version of Cinegy Player 3 for Windows can be downloaded here free of charge.

Do you have any experience working with the Daniel2 system? Did you try the new TURBOCUT already? Let us know in the comments underneath the article.

Blessed be the day! A third-party solution for a problem that should be fixed 6 years ago! Thank you Cinegy for making this happen! The CPU usage fell down from 100% to 20% when playing a DJI H.264 4K file in Full quality. Amazing & much needed improvement!

Create CineD Account
mode_comment1
We use cookies to ensure that we give you the best experience on our website. If you continue to use this site we will assume that you are ok with it. Learn More