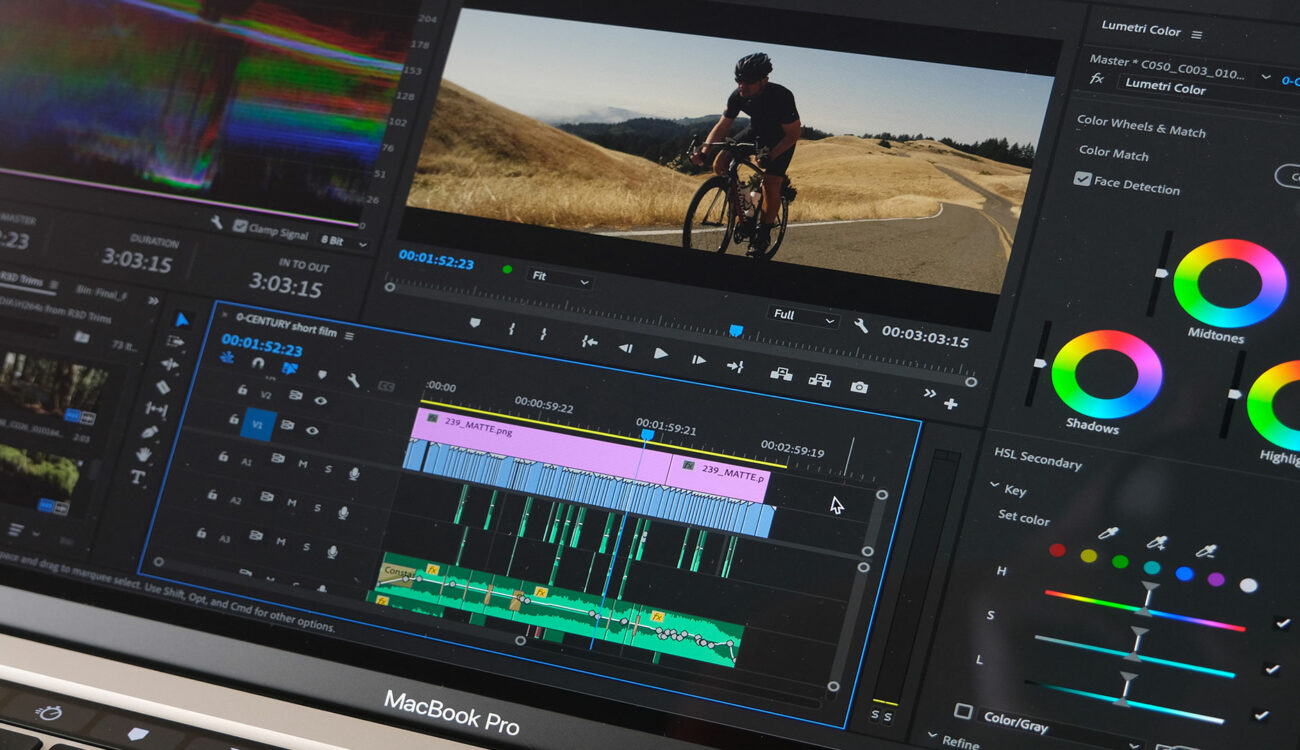 by Jeff Loch11 days ago

Adobe has just published some benchmark results of its upcoming Adobe Premiere Pro software for Apple M1 Macs. Compared to similar Intel-based laptops, the 13-inch Apple M1 Macs proved to be close to 80% faster in editing, rendering, and transcoding tasks. Let’s take a closer look at what we could expect soon!

Aside from “traditional” releases, Adobe is putting a lot of work to support Apple M1 Macs, with a new Adobe Audition version specifically optimized. Also, since December 2020, Adobe Premiere Pro is in the Beta stage for M1 computers.

Adobe released a couple of Adobe Premiere Pro benchmarks comparing Apple M1 Macs to similar Intel laptops. More precisely, they used a 13-inch M1 Macbook Pro with 16Gb of RAM and 2TB of SSD and a 13-inch Intel Core i5 laptop with the same amounts of RAM/SSD. Also, both computers were connected to an Apple Pro Display XDR.

According to Adobe, “the benchmarks were executed using Pfeiffer Consulting’s Methodology for Productivity Benchmarking, which has been fine-tuned over more than a decade and measures the time experienced operators take to execute specific tasks.” Below are their findings.

Every video editor out here could tell you that XAVC-S files (H.264 compression) are hard to edit/playback correctly, even with a powerful computer. Indeed, these files are not meant to be edited straight out of the camera.

As you can see, these results seem promising! For example, the M1 Mac was over two times faster to encode a XAVC 4K25p clip to ProRes 422 than the Intel one. The same goes for XAVC import and playback performances.

However, as Adobe mentions:

For features that rely heavily on GPU acceleration, however, an Intel Mac with a discreet, powerful GPU can still outperform the current generation of M1 Macs in some areas.

Let’s hope that Adobe Premiere Pro for Apple M1 Macs will come out of the Beta stage soon so we can all run our tests and see how newer Apple computers can help content creators save time in the editing room.

If you want to read the entire benchmark results, please download the results here.

Did you already try Adobe Premiere Pro Beta on an Apple M1 Mac? What do you think about these benchmarks’ results? Don’t hesitate to let us know in the comments below!