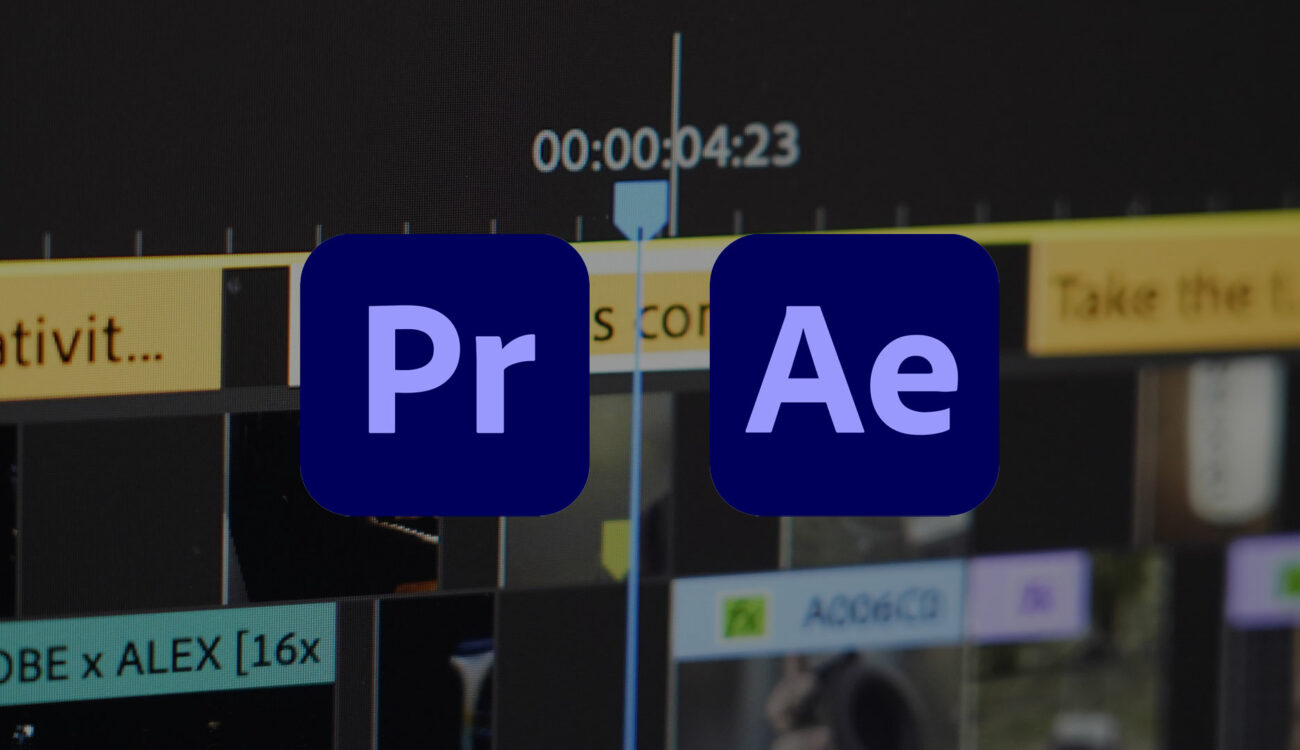 Adobe has just released new versions of its video-oriented software: Adobe Premiere Pro 15.0 and After Effects 18.0. For video editors, Premiere Pro will have a new captions workflow to get things done faster. Motion graphics artists will benefit from faster performances in After Effects with real-time 3D Draft Preview, a new 3D ground plane, and the introduction of Multi-Frame rendering in the Public Beta version with up to three times faster renders. Let’s take a closer look at it!

Adobe is keeping its momentum by releasing updates every month or two lately! Indeed, the company released the latest Premiere Pro 14.9 last month with faster H.264 and HEVC encoding. This time, it’s a “major” update as both Premiere Pro and After Effects switch to versions 15.0 and 18.0, respectively.

Adobe Premiere Pro 15.0 features a new subtitle video track which is faster to view/hide rather than having subtitles directly into your editing timeline. During export, you’ll have the option to burn captions into your video, or create a separate Sidecar file.

I guess adding subtitles is about the least favorite task of any video editor. Let’s hope that this new workflow will speed things up and that it’ll soon get even faster with the Speech to Text feature that we saw in October 2020. Adobe plans to release Speech to Text later this year.

Finally, you’ll now be able to Copy and Paste audio track effects racks in Adobe Premiere Pro 15.0. This is not something major, but every little time saver is welcome in the edit suite.

Next is Adobe After Effects 18.0 that benefits from more improvements, refinements, and new features.

Let’s start with a simple one, with a more logically-organized Composition Toolbar that presents tools contextually, based on the current task.

Now let’s move to a more serious one if you’re often working with 3D comps/projects. Indeed, you’ll now have access to real-time 3D Draft Preview. It’ll speed up your workflow with immediate feedback on 3D designs in the Comp panel.

Also new in After Effects is the 3D Ground Plane that shows you a horizon line, vanishing point, and grid with snapping for positioning and aligning objects with precision in the 3D space.

In After Effects (public Beta), the development team finally took a look at rendering speeds and re-write some code with performance improvements up to 300%, according to Adobe. According to Adobe, you’ll get “faster rendering when exporting compositions with multicore CPUs.”

Finally, the Render Queue now highlights the most important information to simplify the export process. I can’t wait for these Rendering improvements to leave the Beta stage!

Also, Warp Stabilizer in Premiere Pro and After Effects should be up to four times faster in stabilizing UHD footage, according to Adobe.

Team Projects enhancements will allow users to share changes to projects more quickly and search in projects twice as fast as before.

In Character Animator, here’s everything new:

Last but not least in Adobe Audition, you can now punch-in new recordings anywhere in an audio file, rippling existing audio forward, without having to manually cut-in a separate audio segment.

All updates are available to download now, for free if you have an Adobe Creative Cloud subscription plan.

What do you think about this new Adobe Premiere Pro 15.0 and After Effects 18.0 update? Did you give After Effects public Beta a try to see if you had performance improvements? Don’t hesitate to let us know in the comments below!