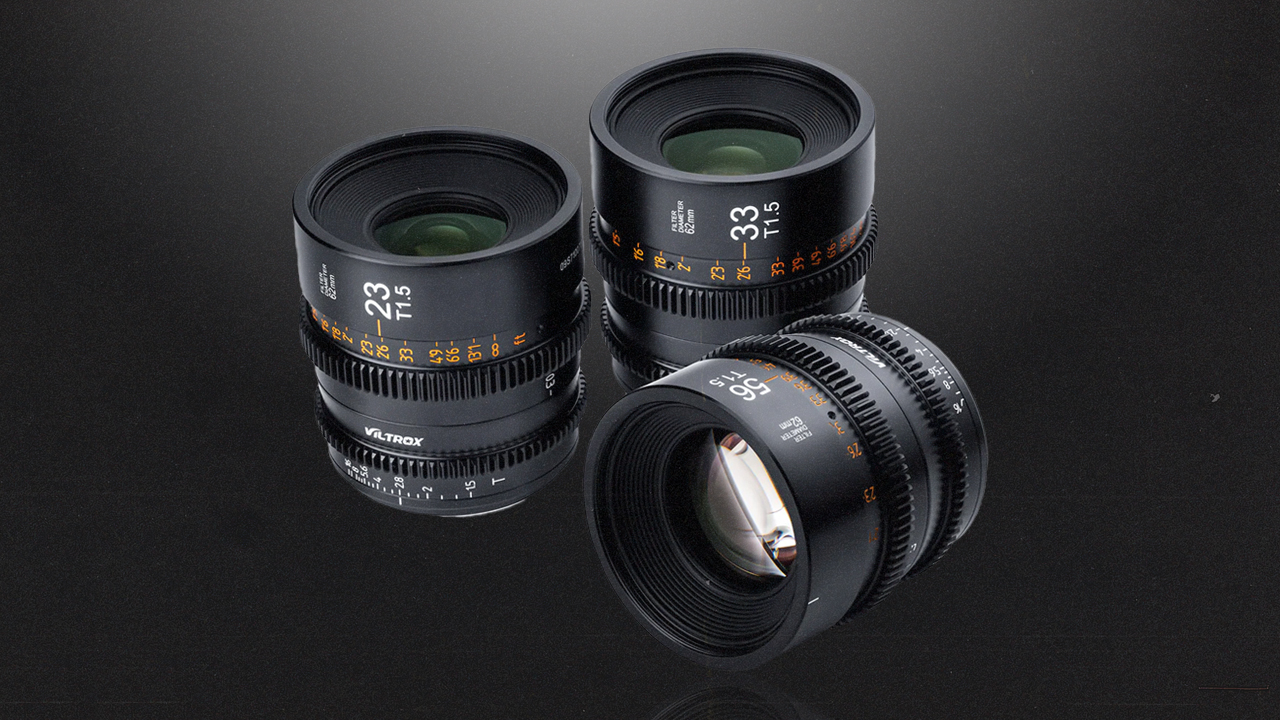 This makes the new set natively compatible with many popular mirrorless cameras, including Panasonic’s flagship MFT model – the LUMIX GH6 – and the Blackmagic Pocket Cinema Camera 4K. Let’s do a quick recap on what these lenses can offer.

Just like the APS-C lineup, the VILTROX MFT Cine Set consists of three focal lengths: 23, 33, and 56mm. Actually, given the considerable crop factor of Micro Four Thirds sensors, it would have been great to see an even wider option.

All lenses share a maximum aperture of T1.5, which is a good ally when shooting with Micro Four Thirds sensors, especially in low light scenarios. The aperture is step-less and features a 14-blade design, which is claimed to provide a smooth circular background bokeh. Of course, focus and iris control is fully manual.

A great thing about these VILTROX cine primes for MFT – besides their price – is that the three lenses share exactly the same physical size (72x75mm), with unified positions of focus and aperture rings. This makes it much easier to switch lenses in the middle of a shoot, since follow focus systems and other lens accessories don’t need to be rearranged.

The barrel is made of aluminium and each lens weighs approximately 500g. The cinematic housing features industry-standard 0.8 MOD focus and iris gears, and the focus throw is 153°. That should be enough to ensure precise focusing operations for most applications. Moreover, 62mm filters can be screwed to the dedicated front filter thread.

The optical design of the 33 and 56mm features 10 elements divided into 9 groups (23mm: 11 elements / 10 groups). These include ED low-dispersion glass as well as high-refractive lenses, while the front element has an HD multi-layer nano coating and waterproof anti-fouling coating. According to the company, the optical formulas should result in sharp images with minimal distortion, chromatic aberrations, and focus breathing.

The new VILTROX Cine Primes for MFT cameras are now available for purchase from B&H. They share exactly the same price of their E-mount counterparts ($415 per piece). In the box you will find the lens, front and rear caps, and a carrying pouch. Lastly, the company also offers a 3-lens set for $1,200.

Do you own a Micro Four Thirds camera? What do you think of this new mount option from VILTROX? Let us know your thoughts in the comment section below!