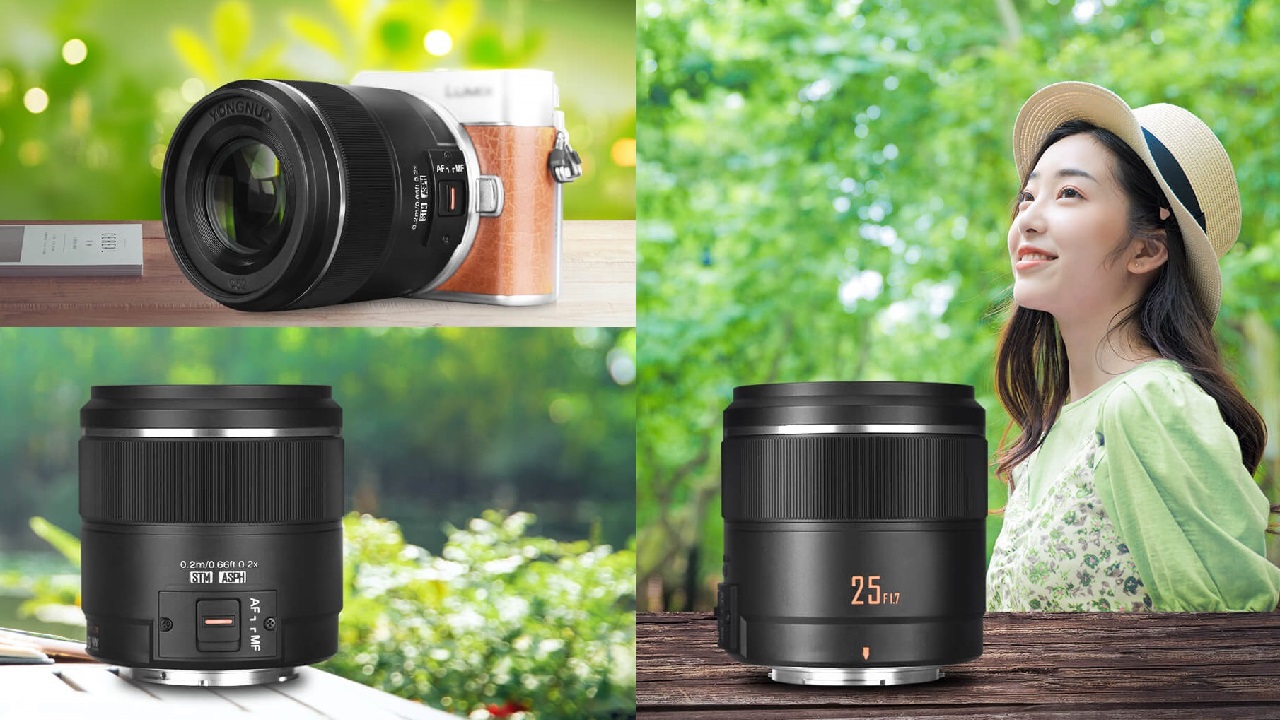 Yongnuo 25mm f/1.7 lens for Micro Four Thirds offers autofocus with STM motor and AF/MF switch, 52mm front filter thread, and a minimum focus distance of 20cm. Is there a place on the market for yet another 25mm MFT lens?

The Chinese company Yongnuo is known for occupying the most affordable segment of camera lenses, accessories (and camera) market. After releasing quite a few SLR and mirrorless lenses for APS-C and full-frame sensors, the company joined the Micro Four Thirds Alliance in February 2020. The latest announcement includes a new MFT lens – the Yongnuo 25mm f/1.7. What are its specs and does it even make sense to release another 25mm MFT lens?

I am always amazed at how some Chinese companies structure product announcements. Yongnuo announced this lens on its website, but the information there is only available in Chinese. On top of that, the whole announcement – including texts – is only a series of images. This does not surprise me anymore, but it is inconvenient as it automatically disqualifies automatic translators. Thankfully, there is an English version of the specs over on Radojuva online blog. So much about the detective work with some product announcements…

The lens offers a rounded 7-blade aperture which is available between f/1.7 and f/22. It is designed for Micro Four Thirds cameras so the 25mm focal length translates to 50mm full-frame equivalent.

If I am not mistaken, this is the second Yongnuo lens for Micro Four Thirds. The company already released the 42.5mm f/1.7 lens which is similar in many ways. Just like the 42.5mm, the 25mm lens has autofocus with an STM Stepping motor and with an AF/MF focus mode switch on the lens.

There is no word about price and availability yet. As with previous Yongnuo lenses, I expect this 25mm f/1.7 to be in the most affordable market segment under $100. The competition among 25mm Micro Four Thirds lenses is huge and many of those are already really affordable. One example might be Panasonic’s own 25mm f/1.7 lens which is now selling for under $150 new ($100 off of the full retail price of $247.99 on B&H). Second-hand lenses will, of course, be even more affordable than that.

Honestly, I struggle to see a point in releasing such a lens, but maybe it makes more sense in some parts of the world? What do you think? I would appreciate hearing your opinions.

Do you have any experience with Yongnuo lenses? Do you think extremely affordable lenses such as this one make sense? Let us know in the comments underneath the article.