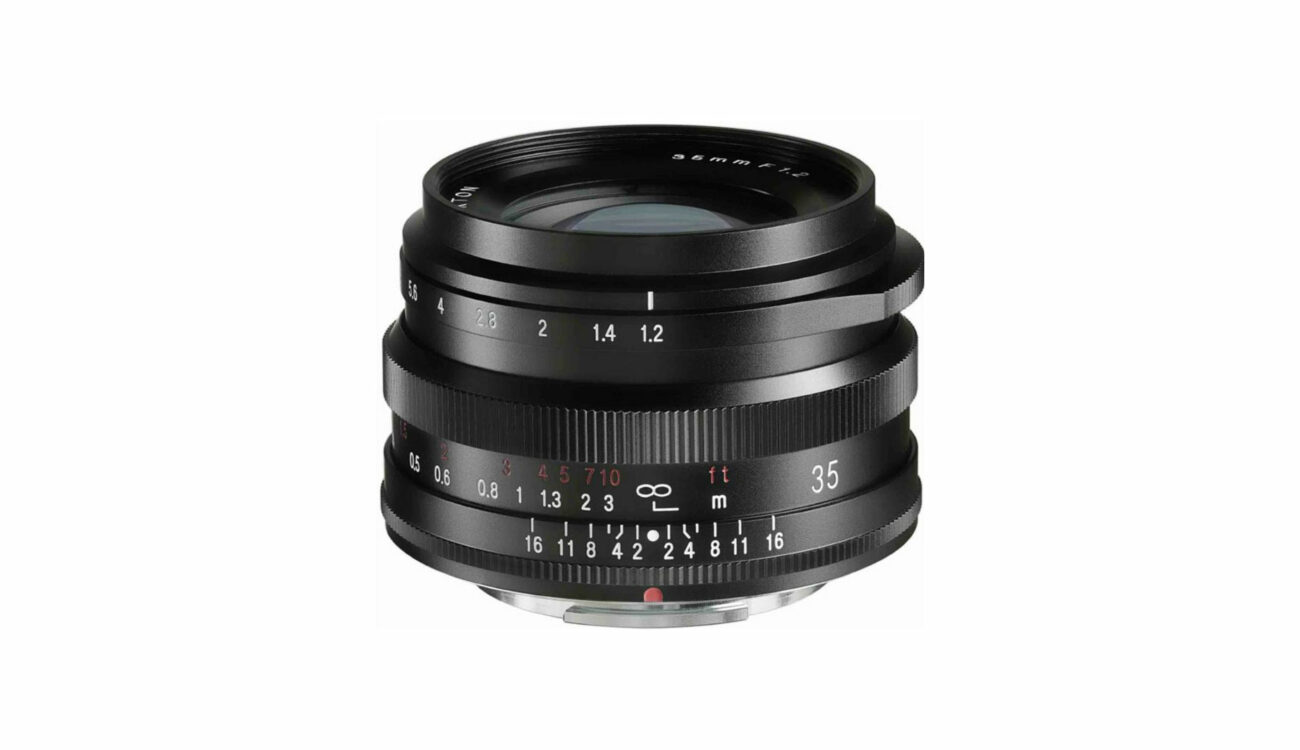 Voigtländer has just announced that they will release lenses for FUJIFILM X-Mount cameras, starting with the Voigtländer NOKTON 35mm F/1.2 prime lens. This lens is fully manual, including focus and aperture. However, it has electronic contacts, so you’ll still have access to EXIF information, benefit from focus check, as well as FUJIFILM’s in-body image stabilization. So let’s take a closer look at it!

The company has just announced that they’ll start releasing lenses for FUJIFILM X-Mount cameras. This new lineup of lenses debuts with the Voigtländer NOKTON 35mm F/1.2 prime lens, which was already available for Sony E and Leica M cameras.

The Voigtländer NOKTON 35mm F/1.2 for FUJIFILM X-Mount cameras is a fully-manual lens. However, the lens features an electronic chip on the lens mount. In short, it means that the lens will communicate with the camera and give you EXIF information, focus confirmation/check, shooting distance, and it’ll work in tandem with FUJIFILM’s cameras that has in-body image stabilization (like the FUJIFILM X-T4, for example) and parallax correction (for X-Pro3 users).

With a maximum F/1.2 aperture, this all-metal 35mm lens should feel very robust. In addition, the focus ring has a “high-precision helicoidal design,” according to the company, for smooth and precise focus adjustments.

The lens design of the Voigtländer NOKTON 35mm F/1.2 consists of 8 elements in 6 groups. The aperture diaphragm consists of twelve aperture blades. The front filter thread is 46mm, and the minimum focus distance is 30cm/0.98ft.

As you can tell, the lens design is quite “minimalistic,” but it helps keep the weight (196g/6.9oz) and size (59.6 x 39.8mm/2.5 x 1.57in) down. As a result, this 35mm F/1.2 lens should be a great all-around prime for street/portrait photographers and filmmakers looking for a compact and very bright piece of glass.

What do you think about this new 35mm option for FUJIFILM X-Mount cameras? What is your go-to 35mm for your FUJIFILM camera? Don’t hesitate to let us know in the comments below!