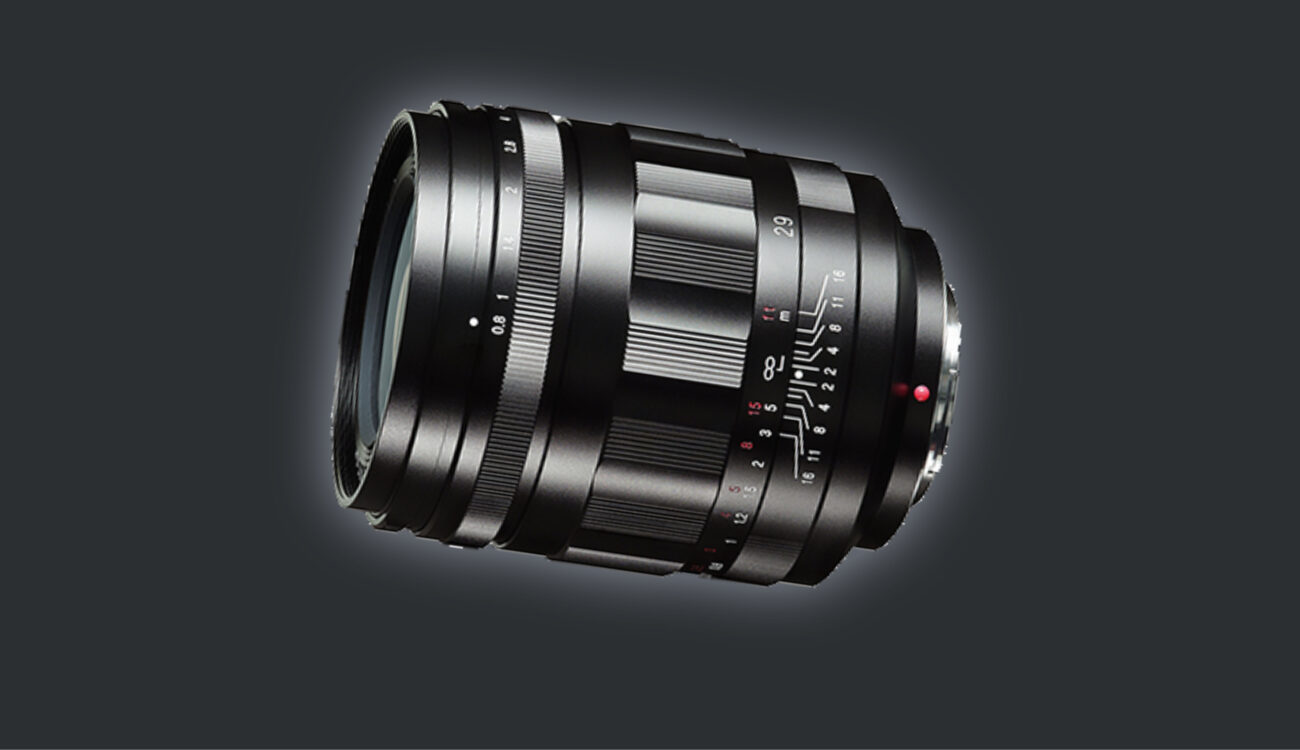 The German manufacturer Voigtländer enjoys an excellent reputation for its high-quality prime lenses (no zoom lenses ‘roud here). Having said that, this new lens seems to fit perfectly into their lineup. The Super Nokton 29mm is not yet available but will be in just a few weeks (Voigtländer targets a “December 2020” launch). So what’s the deal with this lens you ask? Well, it’s in its name, really. Voigtländer’s Nokton labeled lenses tend to sport a f/1.4 aperture or faster. This new lens is not only labeled Nokton but Super Nokton and it features an impressive f/0.8 aperture.

f/0.8? There has to be some sort of trickery going on here, right? And there is, sort of. Since this lens has been designed for micro four thirds (MFT or m4/3) sensors, you’ll need to do some math in order to compare this lens to other lenses designed for bigger sensors. Relative to a full frame sensor, a MFT sensor is cropped by factor 2. That means that the Voigtländer 29mm f/0.8 gives an equivalent field of view (and depth of field) of a 56mm f/1.6 lens on a full frame sensor. But the amount of light gathered with the f/0.8 Voigtländer does not change, of course. It remains a night vision device, basically. This is the benefit that only a small-ish MFT sensor needs to be covered. If you want to take a deep dive into this topic, I suggest this post by Todd Vorenkamp over at B&H. With this out of the way, let’s move on and talk about the Super Nokton 29mm f/0.8.

This lens has been designed from scratch. Voigtländer claims that it has been exclusively developed with the MFT mount in mind. The press release goes on that the design makes use of a new type of high-temperature glass, which forms one of the two aspherical elements and is processed to the highest quality in a special grinding process.

So we know that this lens sports two aspherical lens elements and Voigtländer have included another specialty which is a floating element. In tandem with the others, this should ensure high-end imaging performance and uniform sharpness. The lens offers a 42,75° field of view.

Additionally, the 29mm Super Nokton offers a 12-blade aperture and the iris ring is de-clickable which is great for any kind of video application. Since this is a fully manual lens, you won’t find any AF or IS on this lens, just pure mechanics and glass. Beautiful!

The Voigtländer Super Nokton 29mm f/0.8 will be available for purchase in December this year and it will be around €1.799. This is not exactly cheap but since Voigtländer tends to produce really high-end glass, it might be just worth it.

Do you own Voigtländer glass? What do you think of this, might this lens be a worthy upgrade for your gear bag? Let us know in the comments below!