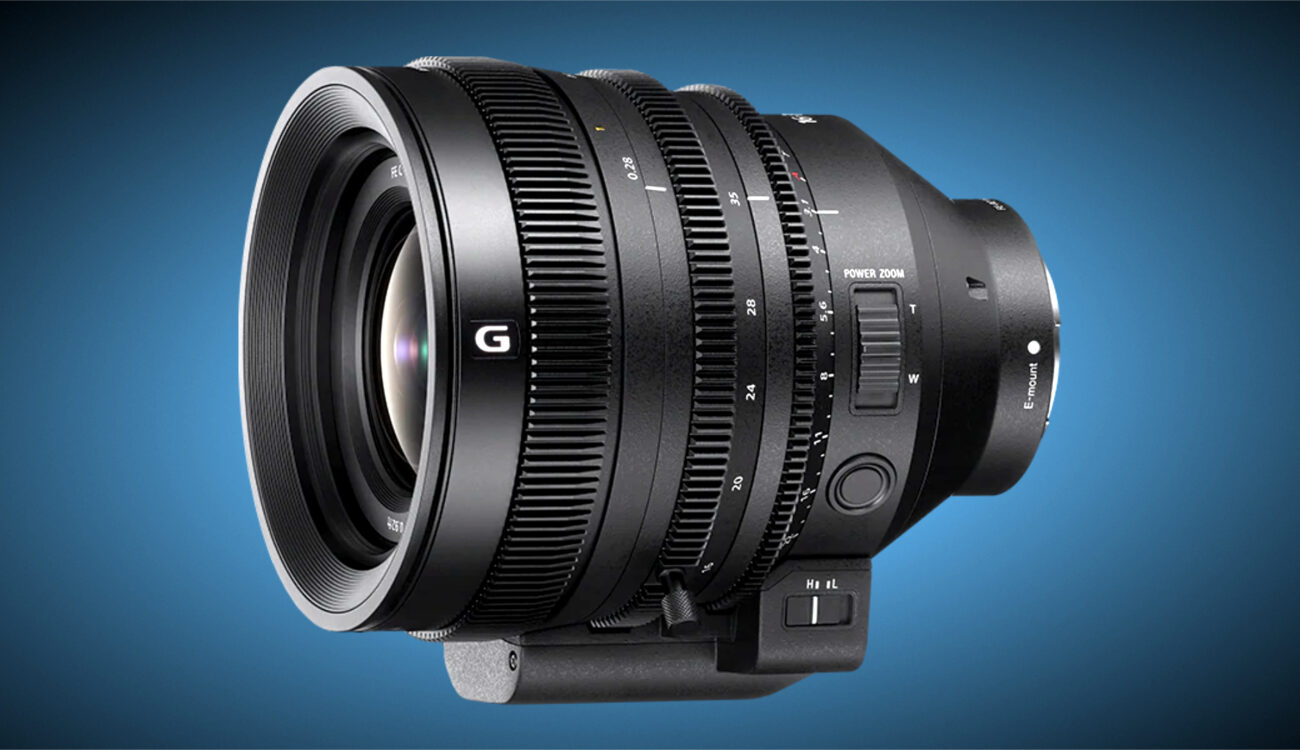 Hot on the heels of the announcement of their latest FX series cine camera, the FX6, Sony has also unveiled their new cine zoom lens which was initially announced with the FX9 last year, the Sony FE C 16-35mm T3.1 G, which is now available for pre-order.

This lens has been announced by the Japanese company quite a while ago. It was originally previewed when the FX9 was introduced in September 2019, but only now, in the dwindling year 2020, it turned ready for pre-order.

As the below picture shows, this new cine zoom is the first of three (or more) upcoming lenses in that C labeled cine zoom line of lenses.

This lens comes, no surprises there, equipped with an E-mount. It covers the wide end of the so-called holy trinity of zoom lenses: 16-35mm, 24-70mm and 70-200mm. The aperture is measured at T3.1, which is not exactly great but totally reasonable when you factor in cost and especially the size of the lens. Since T-Stops are measured in contrast to mathematically calculated f-stops, T-stops tend to be a tad slower than their f/ siblings. This T3.1 could roughly be translated to a f/2.8, in this case.

The Sony FE C 16-35mm T3.1 Cine Zoom covers full-frame sensors, which is only natural since its development was unveiled along with the introduction of the Sony FX9 cine camera that sports a full-frame sensor. And the same goes for the freshly dropped FX6 cine camera. Despite the not-so-impressive T-Stop, this lens might be a perfect match for both cameras when you shoot a lot of fast-paced documentary work. (Yet, this is quite a fast lens for a wide angle zoom, to be fair!)

This new cine zoom comes with some of the features you’d expect from a dedicated cine lens, but it also lacks some others. It sports three rings (with hard stops) to control focus, iris and zoom. The rotation of the focus ring is 120°, much more than with traditional stills photography lenses.

The Sony FE C 16-35mm T3.1 comes with a detachable Servo unit for zooming smoothly, using the built-in zoom rocker on the lens itself. You could, if you’d want, strip down the Servo and the lens hood for a more compact setup.

The AF ring can be pushed back and forth to enter AF or MF modes. Since the lens is capable of AF, the manual focus is not exactly manual but fly-by-wire, of course.

A proper, fully-mechanical cine lens usually offers things like being parfocal (no focus shift when altering the focal length) and suppressed breathing (change of the field of view when tracking focus). The Sony FE C 16-35 T3.1 zoom features kind of both qualities – but not exactly. Sony states that it is nearly parfocal, although they are not putting the parfocal sticker on it. Focus breathing seems to be well controlled, what this means exactly remains to be tested in the real world.

So, this cine zoom lens is a bit of a jack-of-all-trades kind of lens. It does AF, but also manual focus. It can be operated with a dedicated Zoom Servo, but you can detach the unit and zoom manually. You can switch between stepped and de-clicked iris. All that is handy to have, but it comes at a price of course, and I’m not talking dollars here.

A proper cine zoom is a one-trick pony, really. It doesn’t do much, yet what it does is without compromises. No focus breathing, parfocal all the way, smooth and reliable manual focusing. All this also comes at a price, and this time I am talking about dollars.

Being able to do AF means that the Sony FE C 16-35mm T3.1 needs to rely on a fly-by-wire focusing mechanism. This is never as good as a direct mechanical focusing mechanism found on higher-end glass when using an external focus motor, for example. But the fly-by-wire approach enables AF with this lens, so you have to choose.

While this lens lets you go out and shoot without carrying a bag full of lenses, it’s still a bit of a compromise. Maybe Sony hit the sweet spot of being super versatile wihtout too many drawbacks in terms of optical performance and usability (fly-by-wire focusing!). We’ll have to wait for more in-depth tests to be sure.

If the (much) higher price is worth it in comparison to the already available stills photography version, the Sony FE 16-35mm f/2.8 GM zoom lens, remains to be seen, as well. Both lenses share the exact same internal optical design.

What do think? Is this lens worth the money or do you prefer using stills glass to get the job done? Share your thoughts in the comments below!