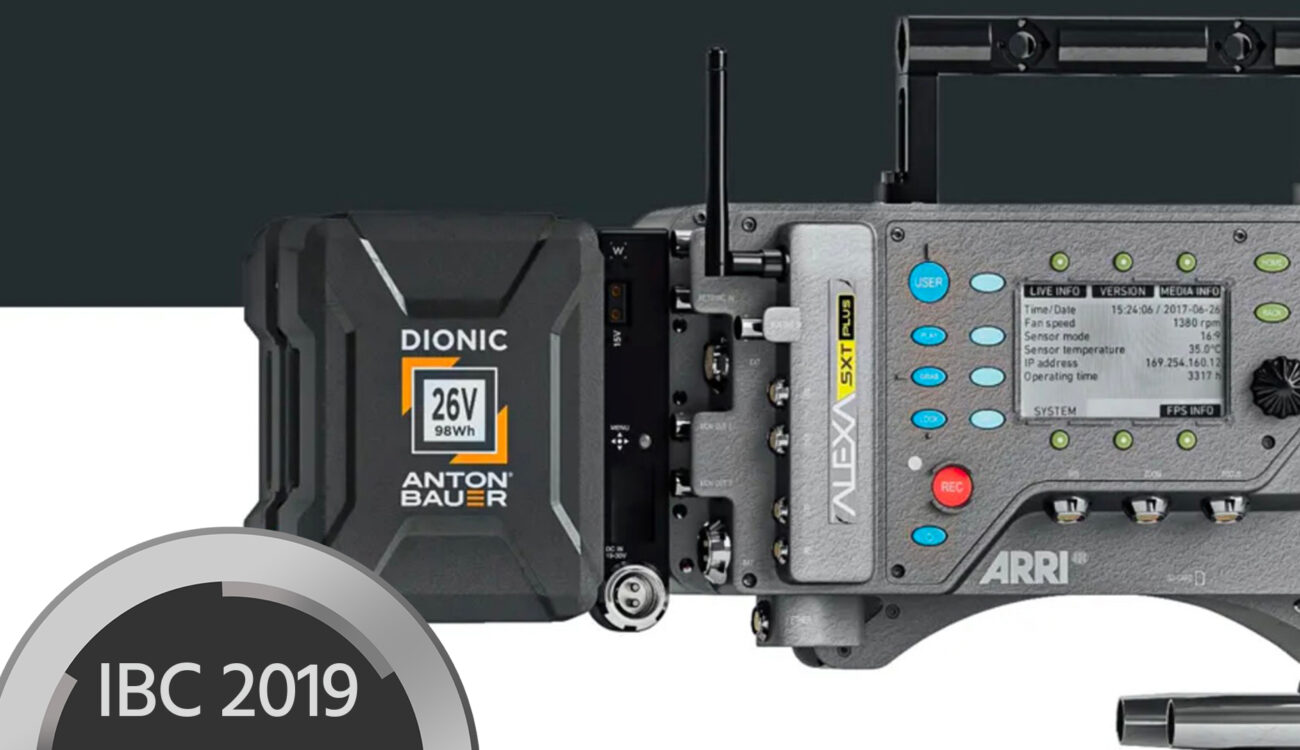 The 26V battery system is the most significant announcement of the lot.

Teaming up with Anton Bauer (who are also part of the Vitec Group) Wooden Camera has announced the Dionic 26V Series.

The 26V system is designed for use with power hungry cameras like the ARRI ALEXA LF, SXT and 65. Offering 12A output for multiple high-powered accessories.

“More efficient and effective than dual voltage batteries, DIONIC 26V batteries feature a design dedicated to one voltage to deliver a longer battery lifetime and less heat for a stronger battery.”

Naturally, with any premium battery line there is over-discharge, over-voltage, short circuit and thermal protection.

The batteries feature Gold Mount Plus that Anton Bauer bill the “Most Secure Battery Mount”.

Like other Dionic series these feature an LCD screen with run time down to the minute.

As these are coming directly from the battery manufacturer, expect these figures to be best case. 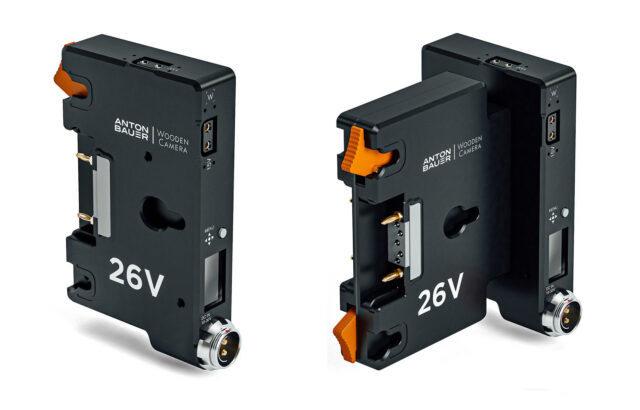 There is a screen on the side for voltage information, as well as 15V p-taps on the top and on the dumbside of the plate.

There is a prioritized 2-pin DC input on the same side that will allow hot-swapping of batteries when a DC source is connected (either block battery or compatible AC adaptor).

The 26V Gold Mount Plus charger is a dual voltage charger.

Most importantly, it is simultaneous and the smart technology allows for the new 26V batteries to charge quicker than 14.4V versions; a 98Wh 26V will charge as quick as 1.5hours.

The quad discharger is great for travel; it will discharge 4 batteries to less than 30% to meet IATA travel regulations.

Wooden Camera has announced a few other products for IBC.

The Mini Touch and Go System is a follow up to their quick release announcement last year.

It is a very simple go between adaptor allowing a quick snap on, snap off action to your tripod plate.

The mount allows full frame lenses like the ARRI Signature Series to work with the original RED Ranger Monstro, but naturally will work with the new super35mm Ranger cameras also.

There is an external LDS- port that is not currently in use:

“Once external LDS-2 metadata workflows are created, this port can be connected to a metadata recorder.”

It comes with a ¼ 20” thread on the bottom for lens support – essential when considering how small the camera body will be in comparison to the adapting lens.

It is calibrated from factory, but is shimmable in the field should adjustment be necessary.

“The adapter is shimmable by loosening six socket cap screws around the collar area, separating the two sections, and adding color coded shims of various thickness.

Back focus should be checked using collimation tools or a wide lens focused to infinity.”

Last from Wooden Camera is shipping of Alexa Mini LF accessory kits as well as accessories for the Blackmagic Pocket 6K.

Like all Wooden Camera camera-specific accessory kits, the new lines are available in Base, Advance and Pro configurations.

The Wooden Camera Alexa Mini LF system is built around a cage design. Nato rails on the top and both sides allow use of quick-release accessories – the top handle can swivel and slide and the sides feature rosette attachments. 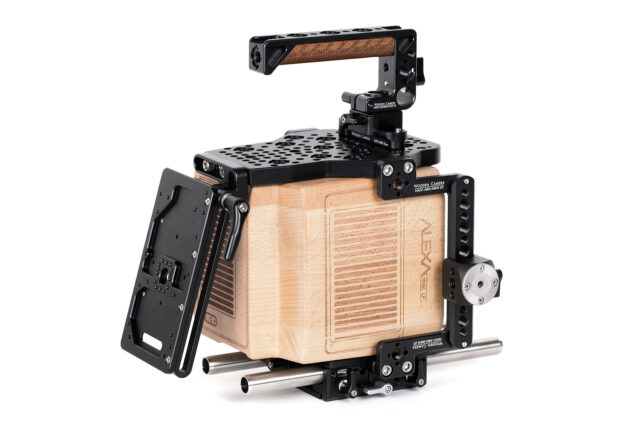 The battery plate in Base configuration is attached to the top plate, this is nice as it keeps the setup small, this can swivel and slide to allow better balancing and rear access.

The baseplate separates in two – the first plate is an Arca Swiss compatible (great for compact solutions), the lower plate houses 2 15mm LW rods has an ARRI Dovetail receiver.

The Pro model add a viewfinder mount on the top, and Bridge plate on the bottom in either 19mm or 15mm studio configuration.

The baseplate is certainly the USP of the Wooden Camera system – the 3-stage Arca Swiss/ARRI Dovetail/ARRI Dovetail Bridge Plate design is really nice in bulking up & slimming down your rig quickly.

It’s a shame the bridge plate is not snap on/off.

The Blackmagic Pocket 6K (and 4K) accessory kits are built around a half cage configuration.

Wooden Camera has chosen 15mm rod as the main protocol on this lightweight camera platform. 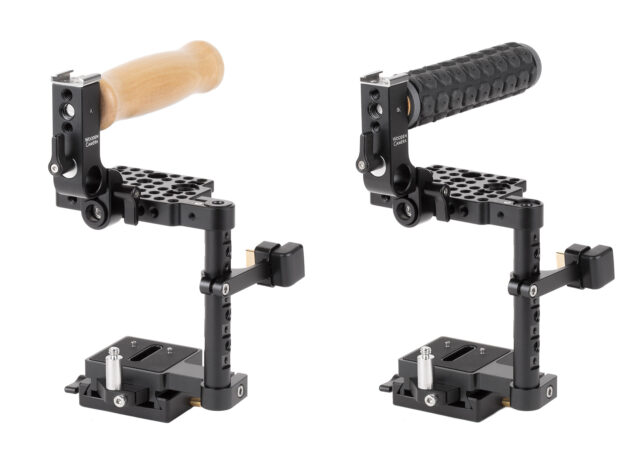 A 15mm rod stem connects the top and bottom plates, as well as attaching the swivel-able top (wood or rubber) handle.

The baseplate is Manfrotto tripod plate compatible, as well as having a 15mm LW rod attachment with ARRI dovetail receiver.

The 15mm rod side stem offers mounting points for their port protectors for both HDMI and USB (for SSD recording).

The Pro version adds a 15mm Rod mounted battery plate for use with battery mounts like V lock or Gold Mount, as well a DSLR A-box for dual XLR inputs.

That’s a ton of info that you probably stopped reading half way through! Pricing in links below for all related items.