The Blackmagic URSA Mini 4.6K is an affordable cinema camera that raises high hopes among cameramen and filmmakers. Blackmagic Design’s attempt at creating a new custom made 4.6K sensor with a global shutter is said to deliver impressive qualities.

Our friend and fellow filmmaker Sebastian Wiegärtner had a chance to test the new Blackmagic URSA Mini 4.6K, shoot some crispy medieval footage and speak about his first impressions on the results. Like all other reviewers that were sent a 4.6K, unfortunately Wiegärtner was not allowed to share his observations about the camera itself. (Intro by S. Wöber) 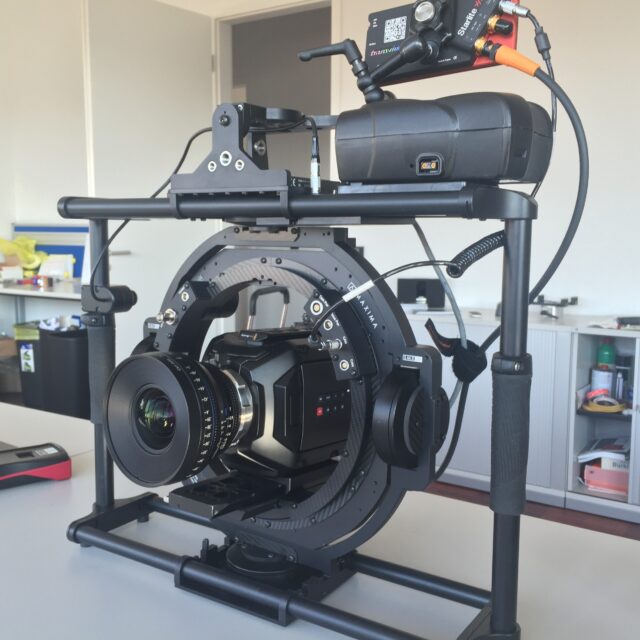 The Maxima gimbal by FoMa with the Blackmagic URSA Mini 4.6K

One camera. One lens. One gimbal. 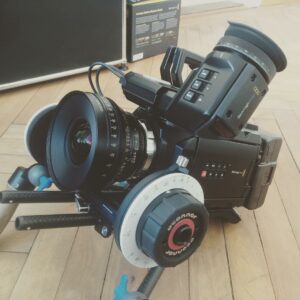 This was the challenge for our Blackmagic Design URSA Mini 4.6K test shoot: I did not want to shoot another landscape video, so I decided to team up with my director Andreas Schultze and we developed a quick idea within a few hours.

Just two days later we had actors, costumes and everything we need for our improvised project. In two days we shot this little piece with zero budget, just two people behind the camera and three wild guys in front of the lens.

We had no artificial light, just the camera and a Carl Zeiss Compact Prime CP.2 15mm. All the shots in the short trailer were done with the help of the Sachtler Artemis Maxima Gimbal, which I normally use for my feature film projects.

I can’t say too much about the camera right now, but we were all amazed after looking at the footage in the editing room. This camera seriously has some skills and working with it was a pleasure. It’s always great when you can’t feel the camera and you can focus on your project. We had no problems. The whole post production process was a joy and working with the new ProRes 4444 XQ codec gives you so much freedom.

For my next feature film project I’m using two ARRI Alexa Cameras for A and B camera and we always have a third camera for gimbal stuff with us. Guess which camera we are using this time? The Blackmagic URSA Mini 4.6K. 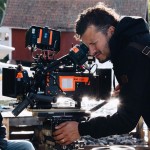 Sebastian Wiegärtner is a Director of Photography based in Nuremberg, Germany. As one of the most prominent video DSLR and large sensor experts in Germany, Sebastian shoots feature films, documentaries and commercials.