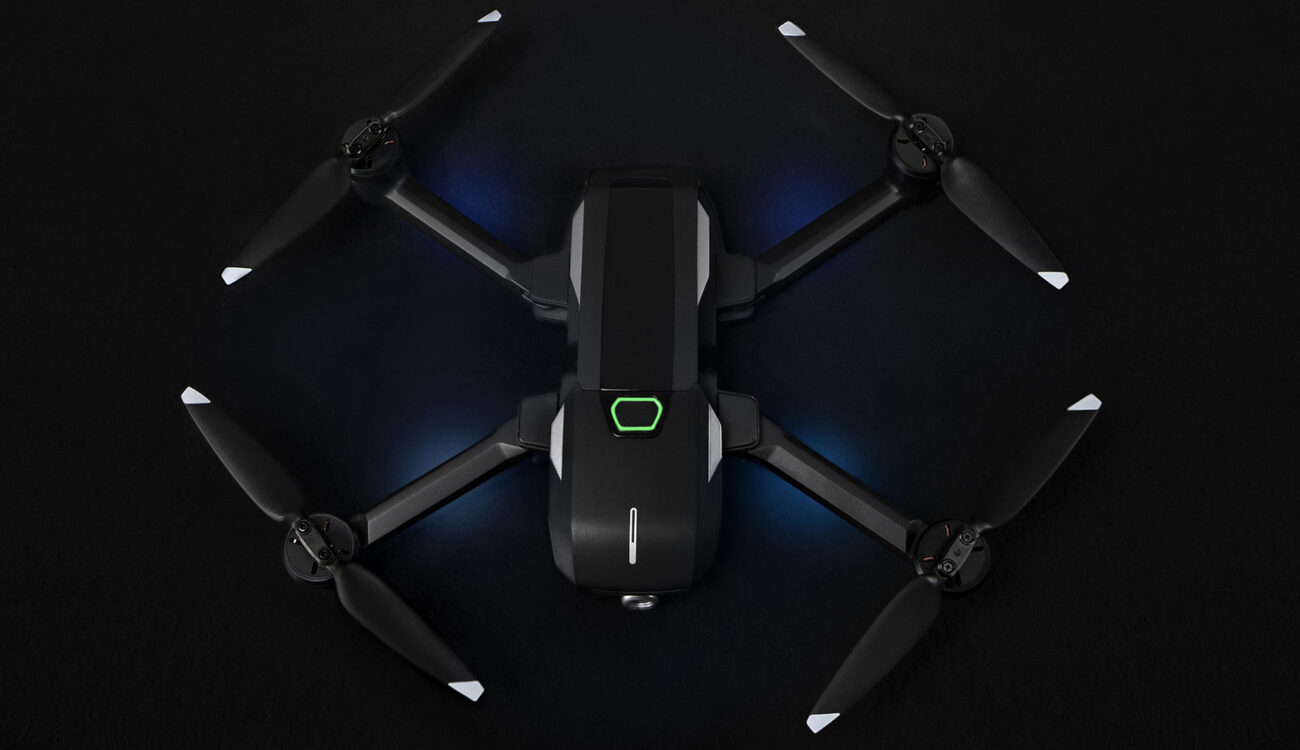 A truckload full of gear just to pull off some nice aerial shots? These days are certainly over. In 2018 all you need a modestly sized backpack, a smartphone and off you go. Inside that backpack? A Yuneec Mantis Q foldable drone, a couple of batteries and some sunglasses for that awesome selfie you are about to snap. 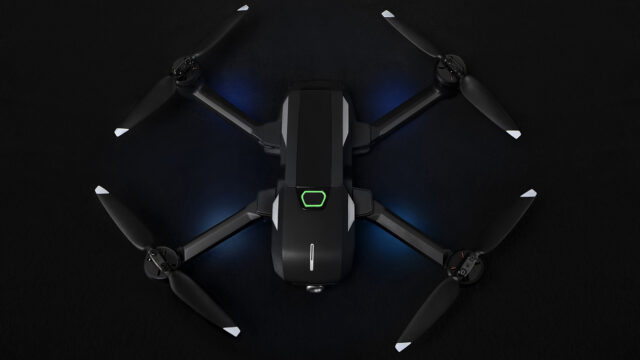 The above picture of the new Yuneec Mantis Q drone might look somewhat familiar. DJI kind of introduced this form factor and the foldable design with their Mavic line of foldable travel drones. Especially the Mavic Air looks almost identically to the new Yuneec Mantis Q. So apart from the similarities, what are the differences?

One thing needs to be said upfront:  The Mantis Q does not feature a 3-axis hardware gimbal for stabilizing the camera. It does offer electronic 3-axis stabilization but that’s certainly not the same thing. If this is a downgrade in quality? We don’t really know yet but that’s something worth checking out for sure. Apart from the missing gimbal, this little drone is pretty feature-packed! Watch the video below to get an idea what’s the Mantis Q is capable of:

So what do we have here: Video resolutions of up to UHD 4K (3840 x 2160) @ 30fps or FullHD (1920 x 1080) @30fps/60fps. Note: Electronic video stabilization only applies when FullHD video is being captured, not in 4K. The camera’s heart is a 1/3.06 inch CMOS sensor that captures videos in either MOV or MP4 formats on to a microSD card. The Mantis Q can stay up in the air for a solid 33 minutes, with no harsh winds involved and at a moderate speed of about 25 km/h. Speaking of speed: In sport mode it can achieve top speeds of about 72 km/h!

The drone comes with a dedicated hardware controller which houses your smartphone (iOS 9 and above / Android 5.0 and above). You actually don’t have to use the controller. A smartphone with the app will do but the hardware receiver will perform better in terms of latency and range, obviously. As with a lot of devices nowadays the accompanying app really brings the Mantis Q to life. There are several convenient modes available, all of them taking away the pain of manually controlling the drone.

In Journey Mode, the Mantis Q will fly upwards on a linear path for a cool shot and then return automatically. Point of Interest: Select an object while in POI (Point of Interest) mode and the Mantis Q will circle this object automatically. A Return Home mode might come in handy when you’re not so sure where the drone actually is right now (although you definitely should know that!).

The Mantis Q is also suitable for indoor flying: Its IPS and ultrasonic sensors take over so the drone is independent of GPS or GLONASS satellites. Speeds of up to 15 km/h in indoor environments are possible. The sensors perform obstacle-avoidance, too.

The drone can be activated and controlled by voice commands as well as by gestures. To me this  is a little gimmicky but at least it’s there. You don’t have to use it but then again.. what about that awesome sunset selfie? Just smile at the Mantis Q and it will fly into position and take the selfie for you.

A more useful feature is the ability of following a moving object (or subject of course) by visually tracking it. That way the drone autonomously follows any object without without you having to do anything. 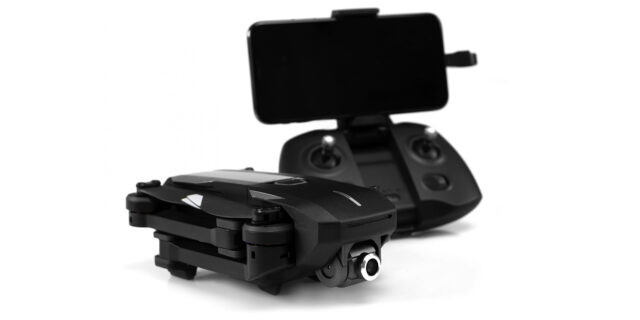 This drone sure looks interesting but the lack of hardware stabilization, limited frame rates and the complete absence of any stabilization when shooting in 4K is a real bummer. Most of the features such as visual tracking are software-based. I think this could be a really cool drone if the hardware was as innovative as its software features.. But in contrary to software the hardware of the Mantis Q can’t be upgraded over time, unfortunately. At $499 it comes at a pretty competitive price, though.

Do you own such a so-called travel drone? Which one and what are your experiences with it? Let us know in the comments below!