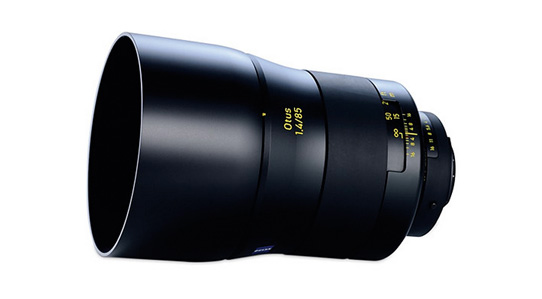 The Zeiss Otus 55mm f/1.4 is considered as one, if not the best performing lens in its respective category. Now, Zeiss has released it’s second in the line up, the Otus 85mm f/1.4.

Lens manufacturing is usually hindered by many factors – weight, cost, size. Zeiss gave their technicians no boundaries when making the Otus; make the best lens you possibly can.

And for those whom have experienced the Otus 55mm first hand I’m sure will agree, it’s a stunning piece of technology; edge to edge sharpness is second to none.

At the time of release Zeiss stated that the Otus line would expand in the near future; the Zeiss Otus 85mm f/1.4 is the second lens in their stills flagship line. Minimum focus distance is never a strong point for an 85mm, but the Otus 85mm performs better than average at 80cm.

At a cost and weight that will over shadow most filmmakers cameras bodies, this lens has an acute target audience. Many I’m sure will rent over purchase. If you prefer your shorter focus throws (compared to cine primes) and are looking to rent a high quality lens, the Otus line could just be the one for you.

The Zeiss Otus 85mm f/1.4 is available pre-order now in both Nikon and Canon mount.