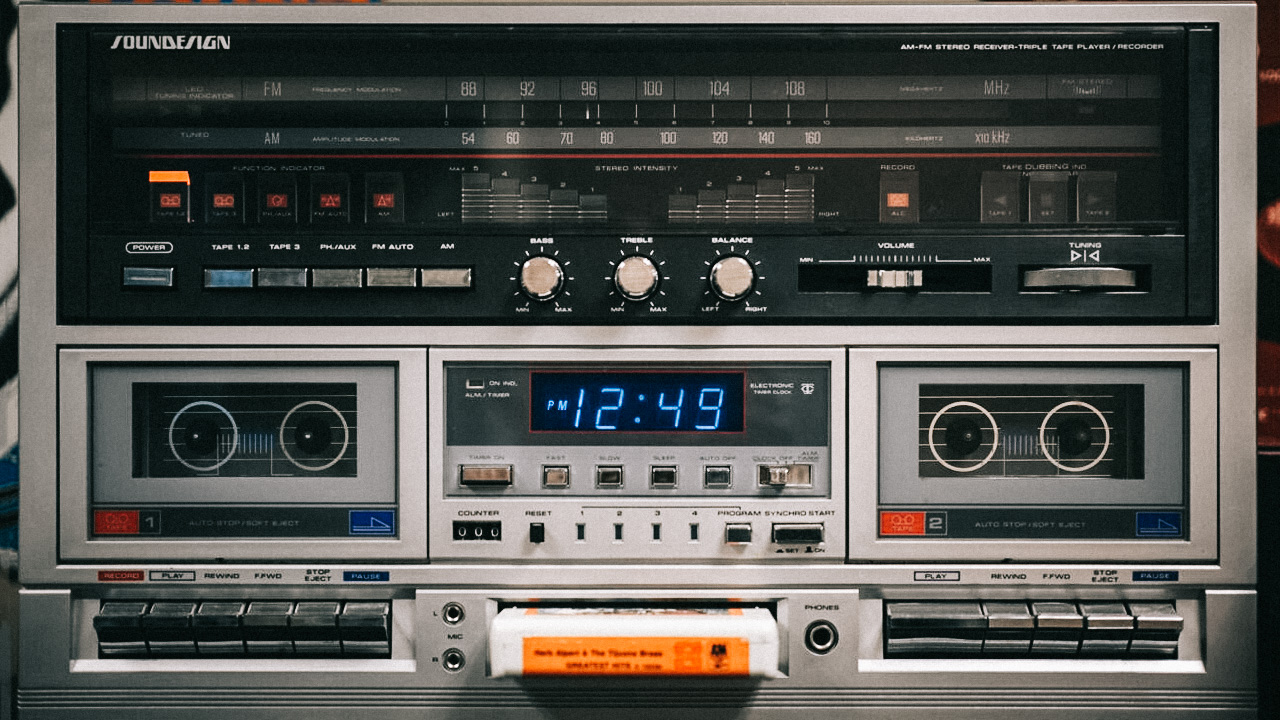 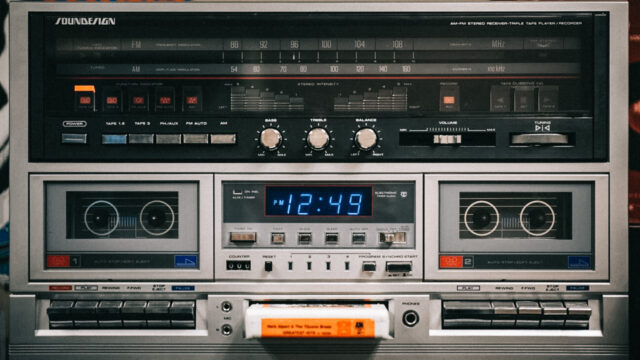 This is a guest article by Dallas Taylor from defactosound.com

If you’ve spent any time on Vimeo recently, you might think sound design has gone out of style. I’m talking about traditional sound design: environmental sounds, movement sounds, emotional tones, natural and non-literal sounds — aural elements that build worlds outside of music. Many filmmakers tend to be eschewing sound design entirely in favor of visuals and music alone. These films are often gorgeous and moving, but they also leave me feeling incomplete. And that’s because they’re missing one of the crucial elements of both the world we live in and the whole film experience: sound.

I believe filmmakers opt for soundless films because incorporating good sound can be intimidating and hard to pull off. You might think it’s better to cut out the sound entirely, rather than release a piece with bad audio. I get that. But while I’d like you to believe that great sound design should be left to professional sound designers (that is, after all, how I make my living), the truth is there are some simple tricks you can use to drastically improve the audio of your films on your own.

Here are 5 things I’ve learned over the years that will immediately improve your audio.

1. Get the Right Gear

To record good audio, you need good gear. Just as it has with camera equipment, over the past decade the quality of recording equipment has gone up and the prices have come down. Here’s a list of some baseline tools that can make a world of difference.

Recorder:
Zoom makes a wide range of quality, budget-conscious recorders. I recommend anything from their Zoom H4n to the Zoom F8.

Lav Mic:
I like the Tram TR50, but RØDE and Sennheiser make companion lavs with many of their transmitter and receivers.

Other Software:
iZotope RX (for noise reduction) and VocALign (for ADR conforming)

Isolating the sound you’re recording on set is the single most important thing you can do to improve your indie film audio. Turn off the air conditioner or heater. Unplug the fridge. (Pro Tip: leave your car keys inside the fridge so you don’t leave before you turn the fridge back on.)

Now hush everyone on set and listen for any other offensive and easy-to-reduce noises. Can you block off the street during takes so you don’t hear the cars going by? Can you turn off the automatic sprinklers outside? Reduce room and extraneous noise as much as possible. Then, when you start rolling, keep extras silent except for the main subjects. Everything in the background should be mimed and silent. Isolate what you’re recording. Noisy audio is bad audio.

The more noise you can control, the better your audio is going to be. 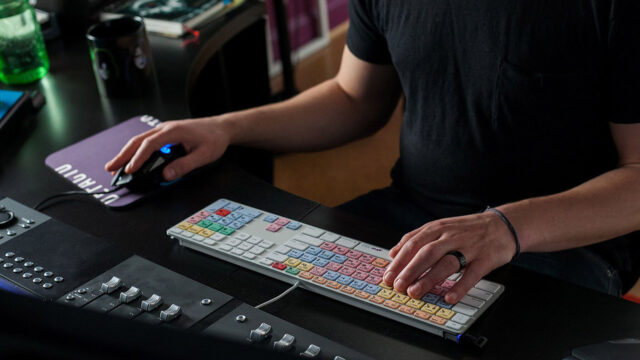 3. Create Your Own Sound Library on the Go

If you’ve successfully isolated the audio in your shots, you’re going to have to go back in and fill out the aural world later. One way to do this is with sound libraries, but those can be expensive, and they might not match your project. That café full of 15 college students shouldn’t sound like a stock SFX pull of a country club full of 75 retirees. A great habit you can incorporate into your filmmaking is to build up your own sound library for each project.

For that café scene, do an audio-only take of background chatter. Capture the extras having genuine conversations. Oftentimes in Hollywood, this background walla is recorded by studio actors known as a “loop group”. But obviously that can be pricey. Why not do it yourself on the set? Not only is it free, but it will sound far more authentic than anything you’re going to find online.

More than just capturing background noise, consider capturing audio-only takes of everything. If you’re shooting an artist drawing, do a take with the mic right up on the pencil. If a mechanic is working in his shop, capture the sounds of his tools. If you need a door slam, slam a door! Since it’s audio-only, you don’t have to worry about the boom being in the shot. Snuggle up to these sounds and capture them as clearly as you can. You can always lay it nice and subtle into the mix, but having the clean, isolated audio will come in very handy later. 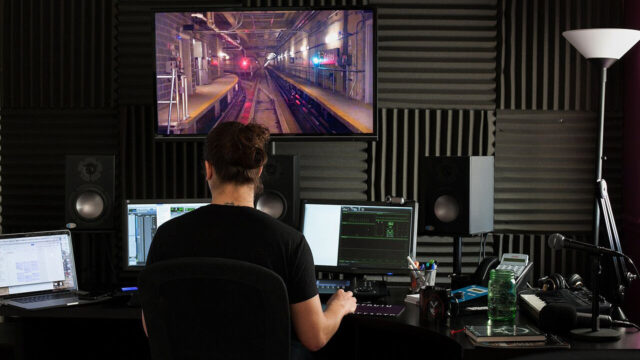 4. Do Your Own Foley

Foley is the process of performing sounds, like footsteps or doors opening, and syncing them to video. At my studio, we do this on nearly all of our projects. Footsteps, chair squeaks, opening a bag of chips, turning the pages of a book, the list goes on. We obsess over Foley because Foley is how you bring the world you’ve created to life. It immerses your audience in your alternate reality. It connects the viewer to the film experience.

Capturing Foley doesn’t have to be hard. Just use the same boom mic you used for dialogue and make sure you’re in an isolated environment (i.e., build yourself a blanket fort, turn off that fridge, silence the heat/air). Watch through your final cut and take note of every action that should produce a sound. And I mean every action. Would you hear clothes rubbing while someone runs? Would you hear those high-heeled shoes on that wood floor? Record these sounds while watching the picture. Make the world real.

Your audience might not even consciously notice these Foley effects, but subconsciously they’re being absorbed into your universe. Trust me, it makes a drastic difference. 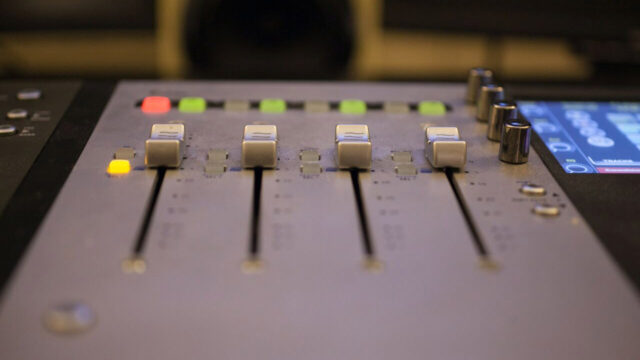 5. Plan Ahead for Sound

To me, this is the most important point of all. Think about sound up front. It might sound reductionistic, but the first step to improving your audio is to think about it more.

What should you be thinking about? Try this: Figure out how you’d tell your story with nothing but audio. What sounds would people need to hear in order to understand where the story is taking place? What sounds would they need to hear in order to understand what’s going on? What are the sounds saying, and what is the music saying? If you can figure out how to tell your story through nothing but audio, your shooting and editing decisions will be so much more powerful.

I’m not passionate about sound just because I’m a sound designer. I’m passionate about sound because I love films. Sound is a huge part of the experience. It’s what makes the story real and the world immersive. Sound literally moves and shakes the audience. I am constantly blown away by the visuals I see from filmmakers today. Hopefully a few of the tips above will give you the confidence to take a crack at adding sound.

If you have questions or would like some tips on a specific audio situation, shoot me an email: dallas (at) defactosound.com. I’ll be standing by. 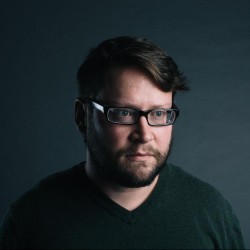