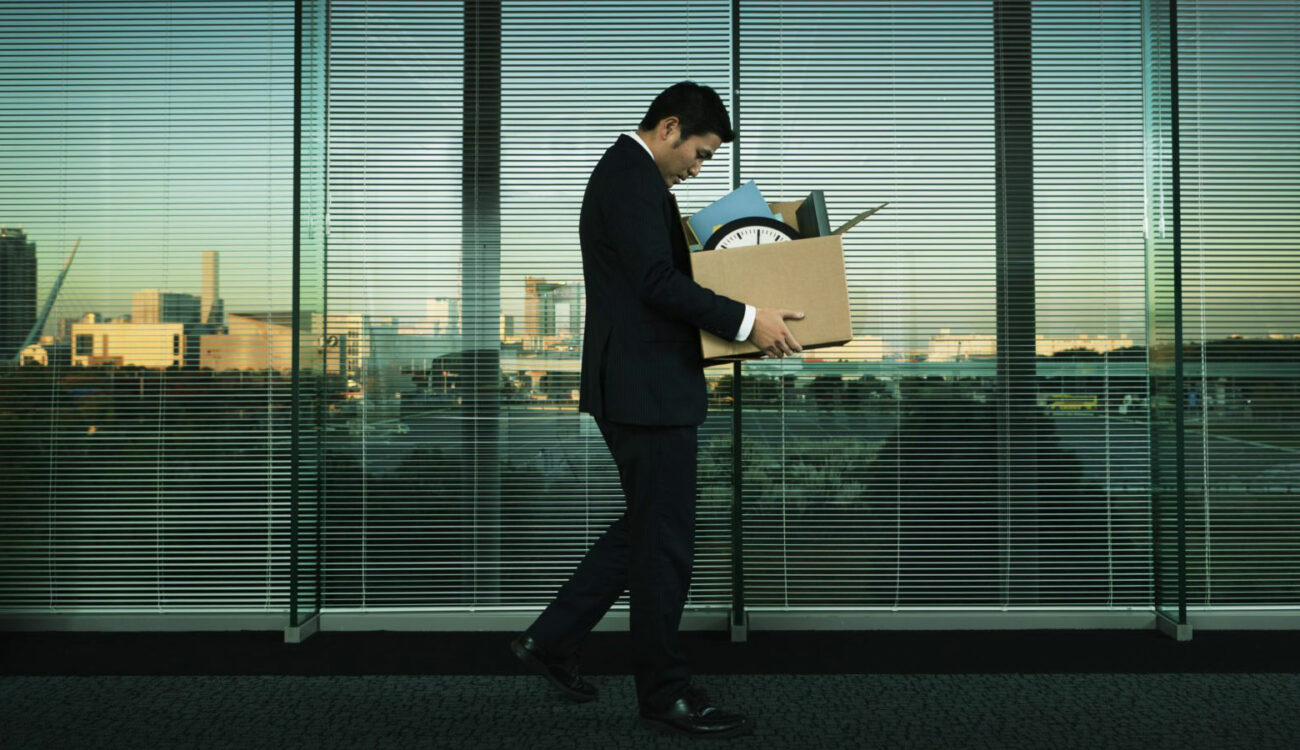 Despite the best intentions, not all crew members are the right fit for all production companies. Production circles can be quite insular, with the same folks in every department moving on together from project to project. This can be good and bad. If you’re happy with your career trajectory, it’s great.  If you feel stuck or want to be on shoots that are different from the work for which you are consistently hired, it can be frustrating. You want to be the one called up with offers instead of the one doing endless submissions. If you’ve recently tried to broaden your network, or if you’ve moved to a new market, and you find yourself with a thinner calendar than you’d like, make sure you’re not making one of these common mistakes. 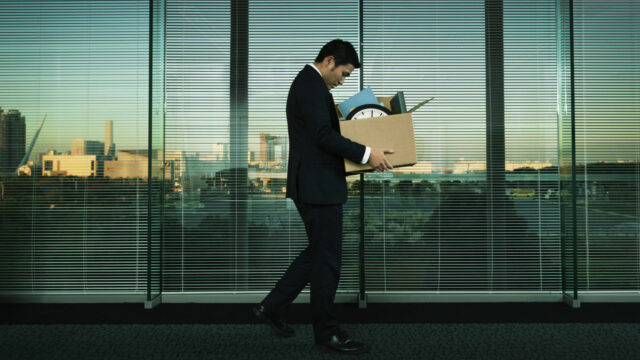 1. You cancelled (and didn’t replace yourself).

It happens. A more desirable gig comes your way after you’ve already accepted another one. Whether it’s one month or one day’s notice, there’s a right and a wrong way to handle it. First, be fully transparent,  Most producers will understand if another gig is way better for your wallet, your weeks, or your reel. To be clear, though, even in cases where they let you out of your deal memo, it’s not guaranteed you are in the clear.

If you ever want to work with their company again, be upfront about the reason.

“I’ve always wanted to work with this director.”

“This gig is three months long and yours is only one week.”

“Theirs is a union contract and I need my hours for health care.”

No matter what your reason, if you’re going to inconvenience a company by shaking up their show’s crew, don’t give them the stress of having to replace you.  At least offer to find someone to work in your stead and ALWAYS know that person and his or her quality of work. Lastly, find time to call or text after the gig has wrapped and check in on how that replacement did.  Just because you enjoy working with someone, doesn’t mean that the producers found him or her to be an adequate replacement.  The only way to know is to ask.

2. Your jokes are in bad taste or you long for the days of the Boys’ Club environment.

Don’t be an idiot. If you haven’t noticed, times are changing for the better. The threshold for prejudiced based behavior is rightfully moving toward zero tolerance. Racist and sexist remarks aren’t funny, and they definitely don’t belong in the work place.  If you say something that makes anyone feel uncomfortable at his or her job, you should immediately apologize. (On my company’s shoots, you would also likely be immediately fired and never work for my company again.)  Here’s a good litmus test for you. If you wouldn’t say something around everyone, it shouldn’t be said at work (or probably period). Besides, if you find something derogatory amusing, maybe you should use the time you have when people aren’t hiring you to work on personal growth. 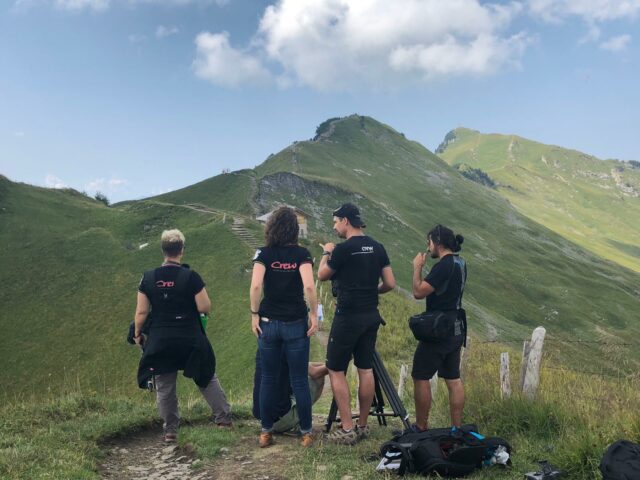 Part of the stand up 8 Cornerstone: Switzerland Crew- All of these people will be hired again

…and you didn’t fess up.  It is a cardinal production sin. There is little worse than getting back to the office and finding out the threads to a handle or cage were stripped.  Even worse is if it’s something you don’t find until the next camera test. Worst is finding out on the next shoot.  Just own up to it,  and usually, all will be well. That’s why every shoot has insurance. Give a producer the opportunity to L & D whatever you broke, or you’re taking money out of the production’s pockets. If you break a big ticket item, and everyone is around to witness it, definitely don’t start looking for another crew member or a piece of gear to blame.  Accidents happen.  In the case that an accident happens, and you save your person over the gear, of course, let it break, and be safe. No one worth working for would disagree. However, if accidents frequently happen around you, you probably won’t be hired again.

Here’s an old adage from the theatre world: Early is on time. On time is late. Late is fired.  If you’re stuck in traffic, give more than ten minutes notice that you’re going to be late. If you can’t get ahold of your department head, text/call your PC or your AD. Call your team members, if that doesn’t work.  Just make sure someone actually acknowledges the communication, or it didn’t happen.

This also applies to folks in post who don’t meet their deadlines on a regular basis.

5. You’re a name dropper, or you reference your resume during a shoot.

Save the war stories for lunch or drinks. Be on the shoot you’re on, and don’t spend your time talking about when you worked with Captain A-List or how the last movie you shot was IMAX.  No one cares, and you’re annoying.

If you’re using these gross modes of conversation to prove your way of doing something is better or you would prefer another way of working, and the current situation is so prohibitive that you MUST say something, then go with, “In my experience, X.”

In the case you’re nauseating everyone around you to prove you’re more skilled than your current position, let your work speak for itself. If you usually operate, but you’re a 2nd AC on this one, they need you to be into the job you’re doing, not broadcasting the job you’d rather be doing. Most likely, the people on your team know your resume via debrief or gossip.  If they respect your opinion, they’ll ask for it.  Until then, charge the batteries; take the paycheck.  Don’t take jobs you feel are beneath you.

6. You talk about money.

If you’ve worked as a producer, you know that this is the WORST.  Here are a few ways talking about money can keep you from being hired again.

You complain about your rate, talk about your rate with other crew, or contest your rate that was agreed upon in writing.. Just don’t do it.  You took the gig with knowledge of the rate, so once you’re done negotiating the contract, don’t bring it up again, unless someone asks you to do something outside your role.  For example, if you’re an AC, and someone asks you if it’s okay if you fly a drone for a day, then absolutely ask to be compensated. If you’ve ever taken a gig without a contract, that’s 100% on you. 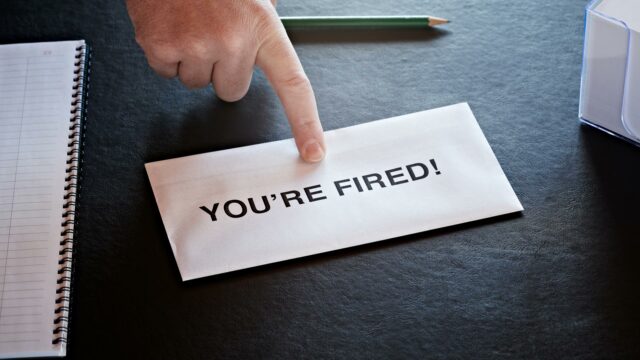 7.  You’re not good at your job, or you don’t give the above the line folks what they want.

This is a tough one for most people to accept, especially if someone has just transitioned from entrepreneurship into working on a crew or just graduated.

The best way to grow as an artist and technician in this business is to ask for feedback. On a long shoot, it’s great to ask for a little check up after a few weeks or after someone is noticeably frustrated with you. On a shorter push, it’s a good idea to let the dust settle and then take a meeting.

If the crew is large, talk to your department head. If the crew is small, chat with the person who hired you. If it’s a post mortem, offer to take the person out for coffee in his or her neighborhood.  Ask what you could have done better.  Stomach the question: “What do you think are the areas I need to work on?” Chances are you already know, but they may surprise you. Look at it positively:  it’s an opportunity to be better.

In the case that you’re amazing at your job but find yourself at odds with the personnel above the line, know when to dig your heels in and when to compromise. If you want to work with this company again, dance the line. Examine if the disagreement comes from your need to make the project its best or your need to get your way.  If it’s the former, communicate concisely but passionately.  In the end, protect your reputation and give the director what she or he thinks is right.  Just know it’s not a good fit for the future.

My company just took 7 people on a shoot in Switzerland for a month, and when we considered candidates who were equally qualified, we chose the folks with better temperaments.  This is not to say that people have to be likable to be hired consistently. (It helps.) It is to say: crew who are hard-working team players, who are also good at their jobs will get hired over and over again.

The flip side of this is that people who don’t play well with others don’t get hired again. Here are a few generalizations of what I would call attitude problems:

If none of these seem to apply, it’s a daunting but reasonable option to ask someone who gets hired regularly by a producer who only hired you once what they think the obstacle is. Sometimes, they just have a longer relationship with someone who does exactly what you do. Other times, it’s because there’s something you need to work on.  Here’s to full calendars for us all and lifelong careers where we continue to get better and better.