At Inter Bee 2018 we met with Astrodesign Inc. to discuss their new take on 8K acquisition. What we found on display was not a ready-to-use product but a very interesting concept which looks a lot like a proper cinema camera. Let’s look at the future in the shape of this new Astro 8K camera concept. 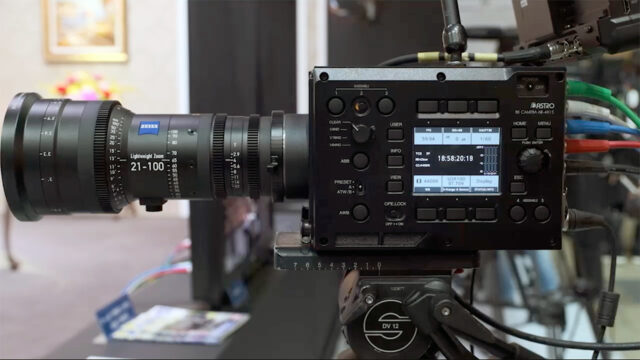 4K video is pretty much here, at least in terms of acquisition. It’s the legit successor of (Full)HD and nobody will deny its superior look and feel over aforementioned HD. So what’s next? For many manufacturers of camera gear the future is in plain sight: 8K! We met with Carly Mary Haden from Astrodesign Inc. to discuss their latest concept: A new Astro 8K camera with all the controls onboard.

Astrodesign have done 8K cameras in the past but this concept is the first one to feature dedicated controls built into the actual camera body itself, no need for a bulky external CCU (camera control unit) and remote control. Since 8K is still a bit of a cutting edge technology, the upgrade from a camera head / camera control unit combo towards a compact one-box package is actually a pretty huge leap. 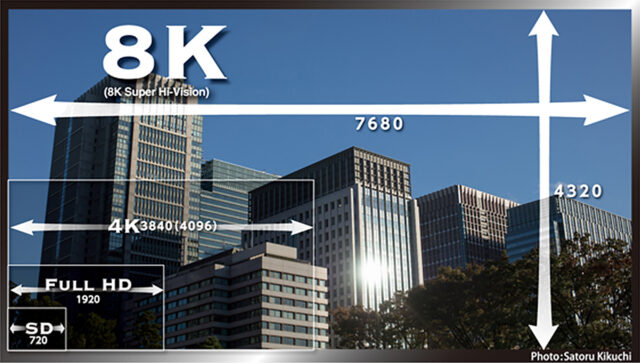 Since this new Astro 8K camera is still in development it is far from a feature-locked product. As Carley points out, they are actively gathering feedback and suggestions from professionals who will actually work with such a camera in the field. While you can spot a bunch of familiar controls on the prototype, such as a 6-button menu screen complete with a push dial, assignable buttons and switches and even internal ND filter controls, nothing is set to stone here.

The Astro 8K concept features a custom color science although the sensor itself is not being developed by Astrodesign but licensed from a third-party company. There will be a flat gamma log recording mode and the camera will support HDR recording.

The pricing of this camera calls for a dedicated sub-heading here. While this Astro 8K camera concept might look appealing for a lot of our readers (including myself), the asking price might kick you back to reality: We’re looking at around $100,000. Again, nothing is set to stone, so this could change, even a lot, but in terms of ballpark pricing this Astro 8K camera seems to be out of reach for the average indie filmmaker. Better think of it as a rental house or big broadcast company item.

What do you think of this 8K concept camera? Any suggestions you’d like to add to the mix? Feel free to reach out to Astrodesign with your feature request and share your thoughts in the comments below!