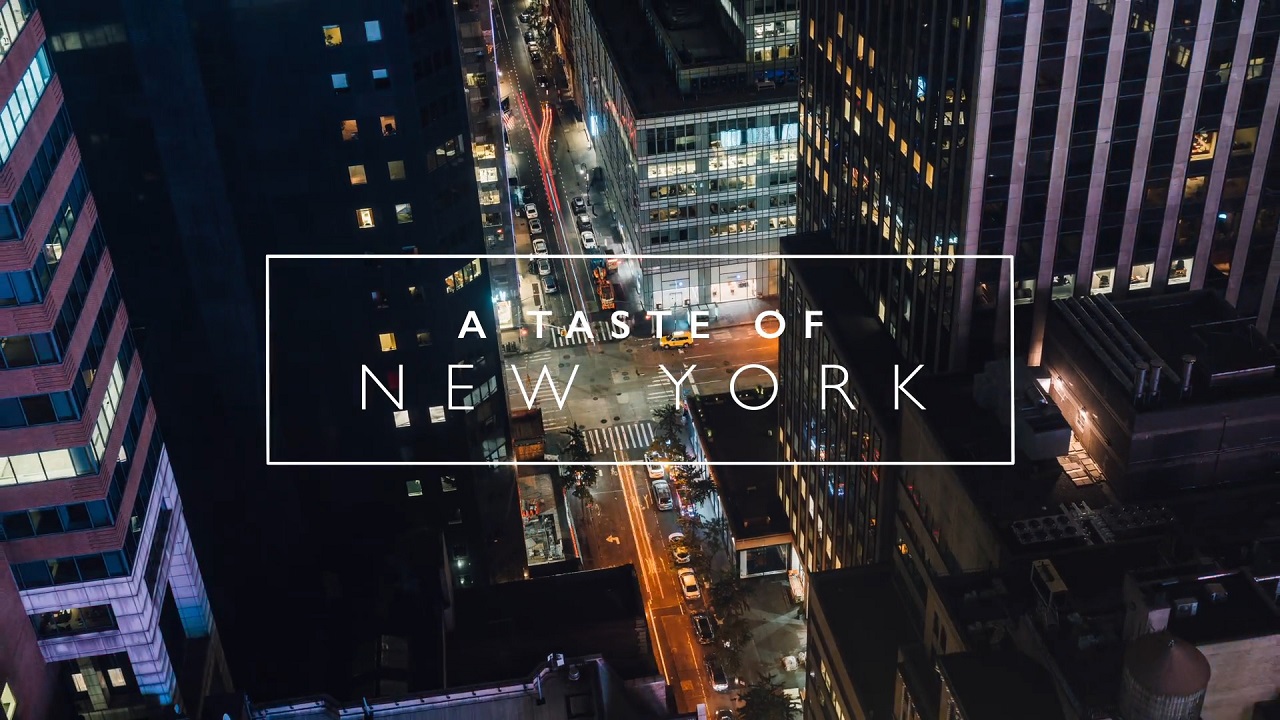 A Taste of New York is a new time-lapse film that has been getting a lot of attention since it was published. It features some new and interesting techniques and a lot of motion designing. We had a quick interview with the creators of the video.

The times when time-lapse videos were just simple compilations of tripod clips with music in background are long gone. Today’s best time-lapse videos are all about motion, story and sound design – something that Austria-based video production company FilmSpektakel is well aware of. Their latest piece is the third instalment in their independent A Taste Of… series, and this time they bring us to New York City.

Peter Jablonowski, Thomas Pöcksteiner and Lorenz Pritz are the filmmakers behind this time-lapse film. They spent ten days in NYC in September 2016, during which they set out to collect a lot of great angles – including from an actual helicopter. They shot 65,000 photos, which took up 2,6 TB of storage space. The final 3-minute video took 36 hours to render on the best-equipped iMac available. 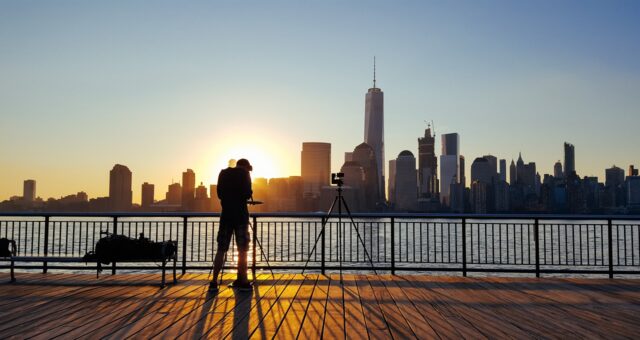 One of the most interesting shots in the video is the clip of the yellow cabs. The guys took photos of yellow cabs whenever they got a chance, covering them from as many different angles as possible. They gathered 2,000 photos in total and compiled them into a hyper lapse around a cab in post production. It took them 5 whole days of post work to get this one shot.

We asked Peter Jablonowski a few questions about the video:

c5D: How did you come up with the idea of going to New York to shoot the next episode in your A Taste Of… series?

Peter: We always had the plan to try our A Taste Of… series on an international level, so we were looking for a country or city to do this experiment in. We’ve been to New York two times before so we already knew the city, which made it easier for us to accomplish this project.

c5D: I guess that the Yellow Cab clip was the hardest and most time-consuming clip in the video, especially from a post-production point of view. Are there any other clips that were also difficult to shoot? Did you have to overcome any extraordinary obstacles to get the exact angle you wanted?

Peter: The helicopter ride was one of the best and at the same time most challenging things we experienced in NYC. We had never been on a helicopter before and flying in between those skyscrapers is pure adrenaline. Trying to take stable pictures while having the doors off is extremely difficult. We first tried it with the help of a single-handed gimbal (CAME-TV Single) which worked fine when the helicopter hovered above one place, but during movement it failed completely because of the strong winds. Most of the helicopter shots in the video are hand-held and stabilized in post production. 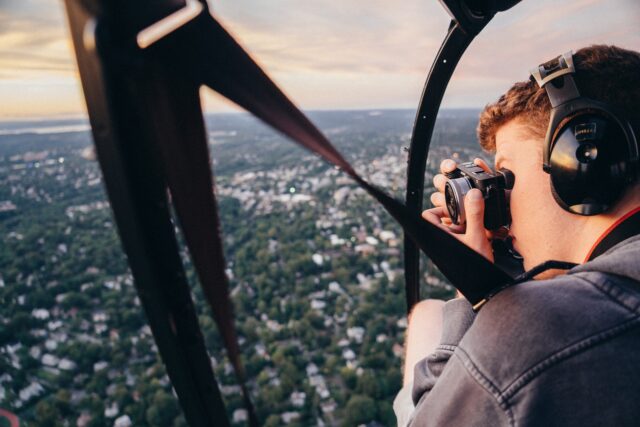 c5D: Did you have any problems with the police or other authorities when setting up tripods and all the gear on the streets? Did you have to get any permissions for all that?

Peter: Luckily we had no problems with police at all. We were well aware of where tripods are allowed (on the streets, etc.) and where and when tripods they are forbidden. In these cases, we knew how to make do with sand bags, magic arms or even with a stack of tissues. For each location we tried to bring as little gear as possible so we wouldn’t attract too much attention. The authorities were very friendly and appreciated our awareness of the rules and laws.

c5D: Any funny BTS stories of your NYC shoot?

Peter: Building security kicked us out of our Airbnb after a few nights because it was being let illegally. We didn’t know anything about that, so we had no plan B when security told us to be gone within one hour or else the cops would show up. Airbnb handled it very well and booked us a hotel right next to Times Square, so we were lucky after all to be right in the city center.

c5D: Do you already have a plan for the next episode in the A Taste Of… series? If you do, which location do you have in sight?

Peter: Yes, we are continuing these A Taste Of… videos, and in fact the next episode has already been shot. To be honest, we are not quite sure when to release it… It will be in a few more months in the future, I guess… Where the next one will take place is still a secret, but if you are following us on Facebook, you could already take a good guess ;-) 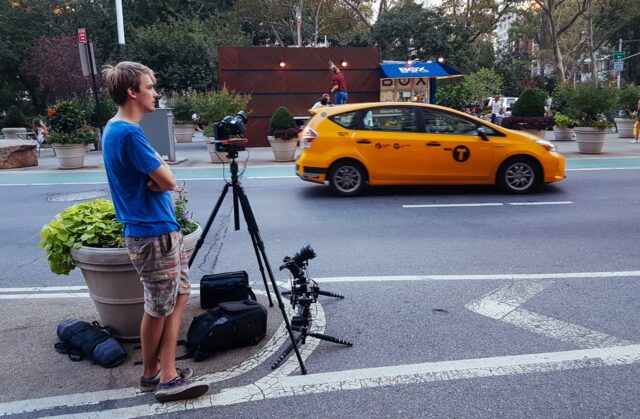 Getting multiple clips at once. Image credit: FilmSpektakel

In terms of equipment, FilmSpektakel used a Sony A7R II, Sony a6300 and two Canon 6D bodies. There is a full list of equipment along with other additional information directly in the video description on the Vimeo link. All episodes of A Taste Of… have received a Vimeo Staff Pick award, so it is really worth watching the older pieces too. Links for those are also in the Vimeo page of the video.

Feeling inspired to shoot a time-lapse video now? Do you have any samples you would like to share? Let us know in the comments below!