In this episode of cinema5D ON THE GO, we wrap up our conversation with William Wages, ASC regarding using Lumix cameras on high-end productions. 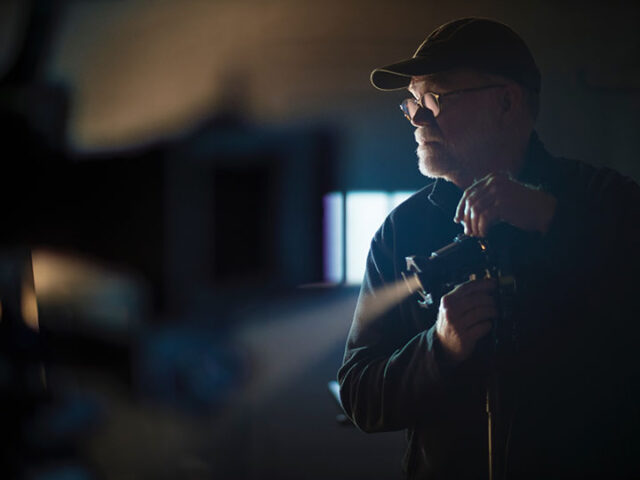 Continuing our discussion about how William has changed to currently preferring the Varicam LT and Lumix environment, he tells us about the blind test he carried out to convince decision makers that the GH series of Panasonic cameras was indeed worthy.

But is there really a place for a Micro Four-Thirds sensor in the world of high-end filmmaking? As William says, the kind of situations that would require deploying a GH camera are exactly those where it would be challenging to set up a follow focus system. For this reason, the more restricted depth of field that the Micro Four-Thirds sensor size offers would in fact prove to be an advantage.

We also discuss Panasonic’s latest addition to its range of filmmaking cameras: the Panasonic EVA-1. While it could prove to be a solid B-Cam option to the Varicam line, for William Wages the small size of the Lumix line is still a major plus over this new model. (Please note that this episode was recorded before Panasonic released the final specs of the EVA-1).

William Wages, ASC also tells us about the four way comparison that he carried out between four of the cameras that he had narrowed his search to: the ARRI ALEXA, Panasonic Varicam LT, Panasonic Lumix GH4 and Sony A7s.