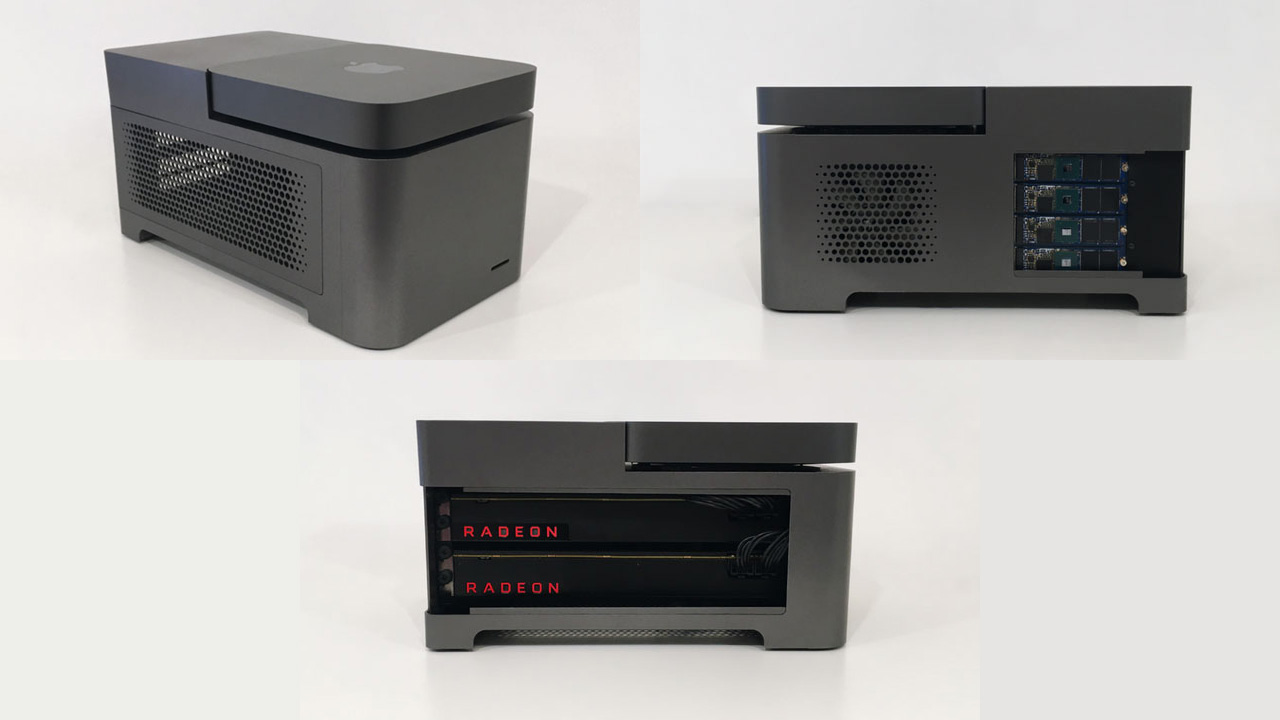 ANIMAIONIC is a docking station for the Mac Mini that adds support for two GPU’s, four SSD’s and a SD card reader. 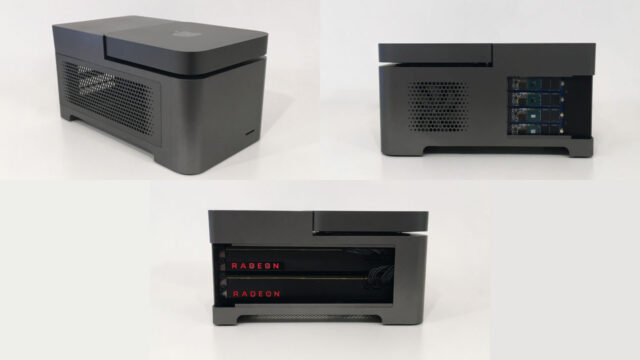 The Mac Mini packs a lot of performance into a tiny chassis. However, by virtue of its size and integration, it doesn’t have the graphics power or storage flexibility of a larger workstation. ANIMAIONIC is an innovative docking station for the Mac Mini, effectively turning it into a viable alternative to the Mac Pro, for some users at least.

ANIMAIONIC is currently on Kickstarter and looks like a promising solution for post professionals on a budget. There are existing external eGPU solutions such as the Blackmagic Design eGPU and the Sonnet eGFX Breakaway Box, and Breakaway Puck. It’s also possible to add SSD storage, and all of these attach via Thunderbolt 3. However, ANIMAIONIC offers this expandability in a compact form factor without the extra boxes and cable mess. 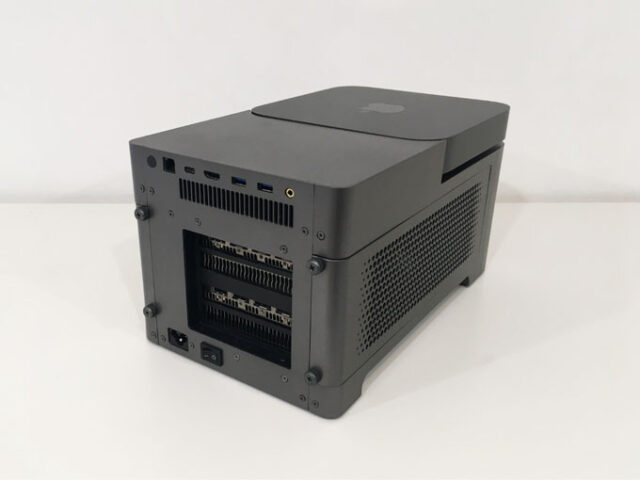 The Mac Mini can be configured with a 6-Core i7 CPU and up to 64GB RAM. This combination is sufficient as a core for many professional post production tasks and resource intensive software. Where the Mac Mini falls short is GPU power, and that’s exactly where ANIMAIONIC steps in. A dual Radeon RX Vega 56 GPU equipped 6-Core Mac Mini with 32GB RAM beats out the iMac Pro and previous generation 2010 and 2013 Mac Pro’s in the Luxmark score, and is almost neck and neck with the Vega 64 equipped iMac Pro in the GFXBench score. 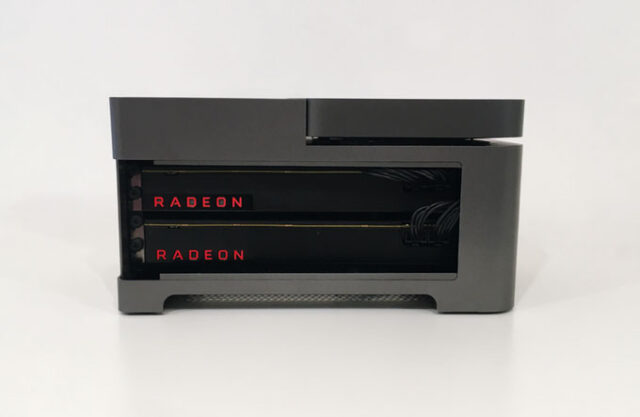 ANIMAIONIC adds two PCIe slots that can be used to add any GPU’s compatible with MacOS Catalina. Four M.2 SSD slots can add up to 8TB of super fast NVME SSD storage. 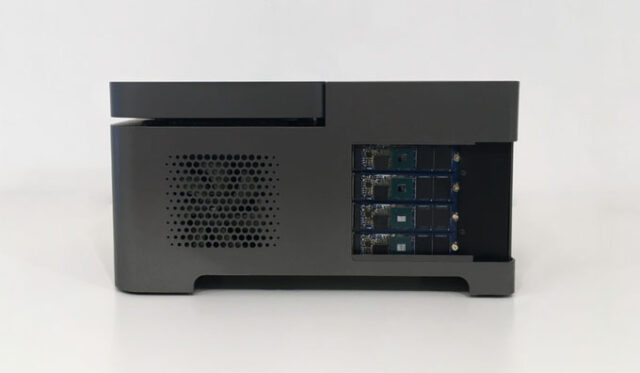 The ANIMAIONIC Kickstarter has a goal to raise $654,947 by pre-selling the ANIMAIONIC at discounted super early bird, and early bird pricing as well as a package including two RX5700XT GPU cards and four 2TB SSD drives. Please note, we are saying this at the end of every crowdfunding-related article: please be aware of the risks when baking a project on a crowdfunding platform. Please read the terms of use. Keep in mind that there can be significant delays when delivering the product. Some products even don’t get delivered at all.

What do you think of the ANIMAIONIC? Will you be backing the Kickstarter to get first in line? Let us know your thoughts in the comments.