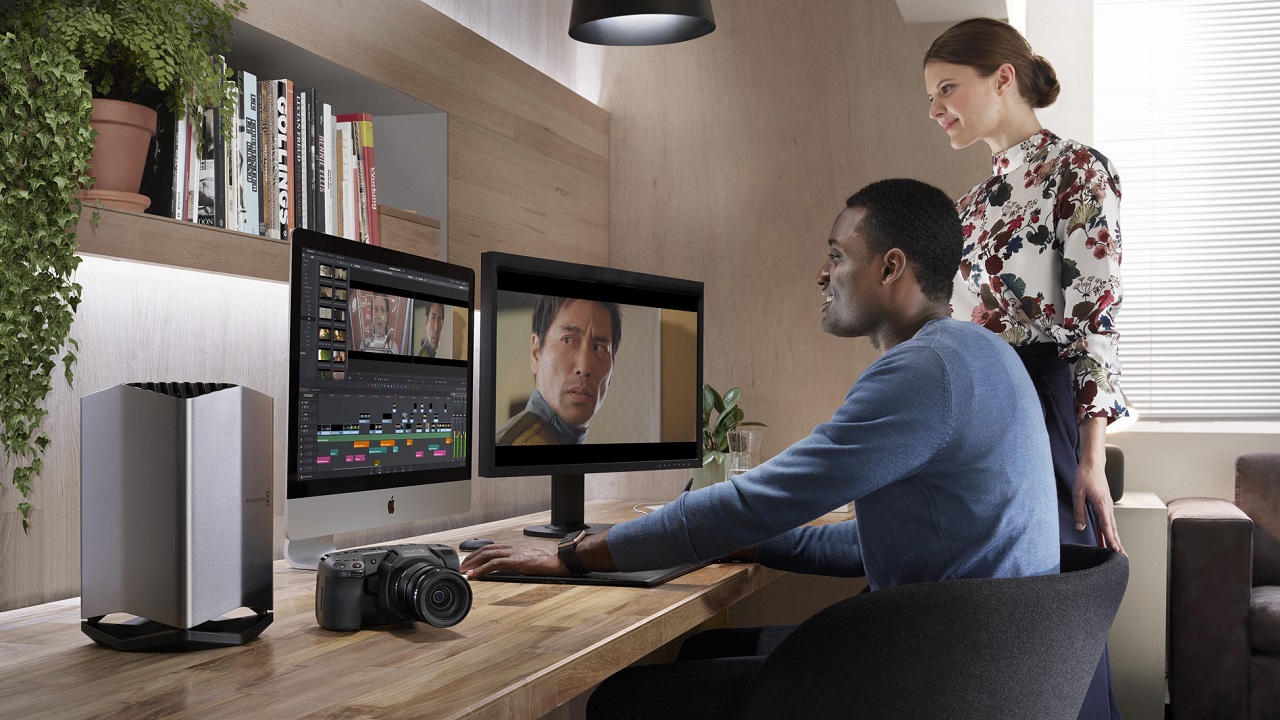 Blackmagic Design just announced the new Blackmagic eGPU Pro for Apple computers with Thunderbolt 3. It incorporates AMD Radeon RX Vega 56 graphics processor with 8GB RAM and adds one DisplayPort connector with support for up to 5K monitors. Available in November, it is supposed to offer almost twice the performance of the original Blackmagic eGPU. 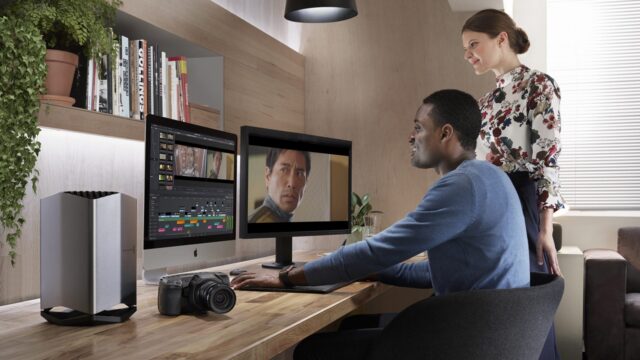 The idea of an eGPU unit is to enhance graphic performance and eventually also connectivity of a computer. A couple of months ago we informed you about the release of the first Blackmagic eGPU for Apple computers (link to our news article). It featured multiple USB and Thunderbolt 3 connectors as well as enhanced graphic performance thanks to its built-in AMD Radeon Pro 580 graphics card with 8GB RAM. Now (only 4 months later) Blackmagic Design introduces an additional more powerful version – the Blackmagic eGPU Pro.

Blackmagic eGPU Pro – What is New?

Biggest improvement from the original Blackmagic eGPU is the better GPU they’re using, obviously. Heart of the new Blackmagic eGPU Pro is the AMD Radeon RX Vega 56 graphics processor with 8GB of HBM2 RAM. It has 2048-bit memory interface with 410GBps bandwidth and 56 discreet compute units for up to 10.5 teraflops of processing power. The RX Vega 56 can fill 94 billion textured pixels per second. 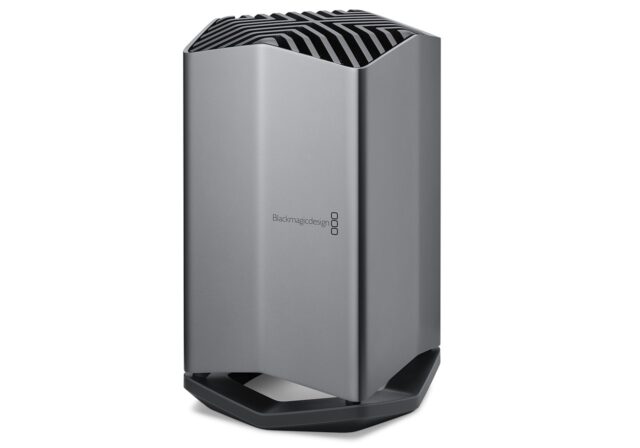 In terms of connectivity, the original Blackmagic eGPU featured two USB-C (40Gbps Thunderbolt 3) ports, one HDMI 2.0, four USB 3.1 connectors and 85W power charging connector. New Blackmagic eGPU Pro has all of those ports plus it adds one DisplayPort connector for connecting displays with up to 5K resolution. The connected device needs to have Thunderbolt 3 connector.

The Blackmagic eGPU Pro has a built-in power supply that powers the GPU while also providing 85W of downstream power via Thunderbolt 3 for charging laptop computers and powering peripherals. The power supply works from 100V to 240V and features a standard IEC power connector so it can be used anywhere in the world. 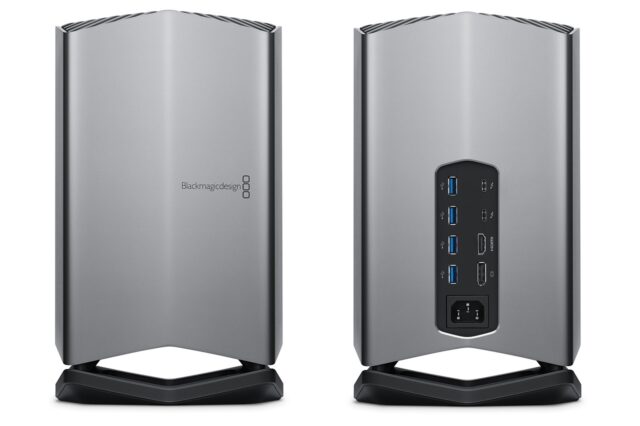 Design of the new Blackmagic eGPU Pro remained exactly the same as the original eGPU. The only minor difference is the extra DisplayPort connector. The chassis with its textured finish is extruded from a single piece of aluminum. What might have changed is the internal thermal cooling system. Blackmagic Design claims it has been designed to balance the airflow and dissipate heat more efficiently while maintaining quiet operation.

The Blackmagic eGPU Pro will be available in November for $1,199.00 USD from Apple directly. For comparison, the original Blackmagic eGPU is currently selling for $699.00 USD.

Do you have experience with the original Blackmagic eGPU? Is eGPU a good solution for MacBook editing and does the performance boost justify the price? What do you think of the new eGPU Pro? Let us know in the comments underneath the article.