Aputure just announced their new small and super powerful MX and F7 LED lights, and our man Eric van Vuuren already reviewed them in detail in this video.

The new Amaran MX light by Aputure is the successor of the popular M9 light, but this time it’s very sturdily built using aircraft aluminium, on the footprint of a credit card. It features 128 LEDs and is supposed to be 3 times as bright as the M9 – when using the “booster” function, it can temporarily output even 4 times as much light as the M9 (for up to 60 seconds). 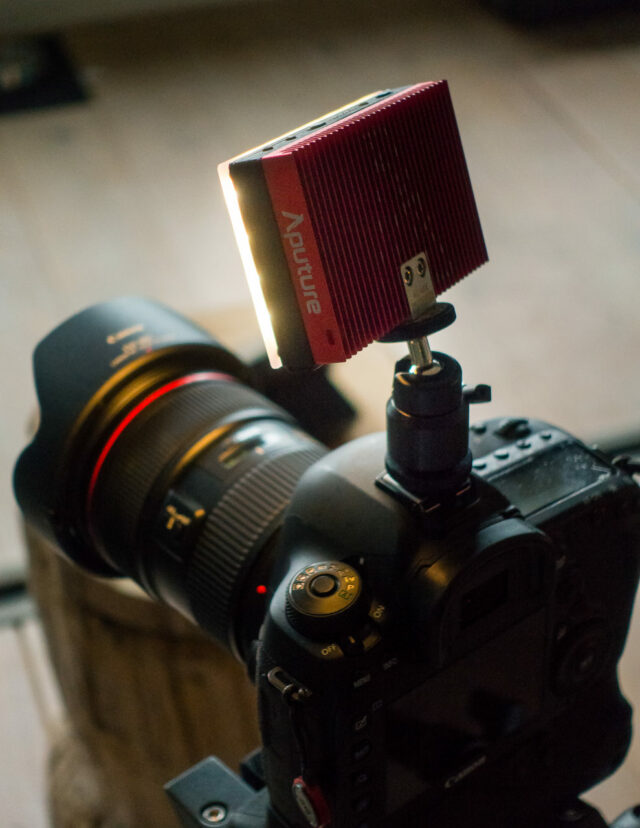 The MX is bi-color and can change from 2800K to 6500K, its CRI and TLCI is more than 95, according to the manufacturer. One charge lasts 40 minutes at maximum power and over 5 hours at minimum power, so in practice it will be somewhere in between for normal use. The internal lithium battery can be charged with a supplied USB-C cable, which is quickly becoming a standard.

Such a light is extremely useful to use in small spaces where nothing else fits, for example in cars. 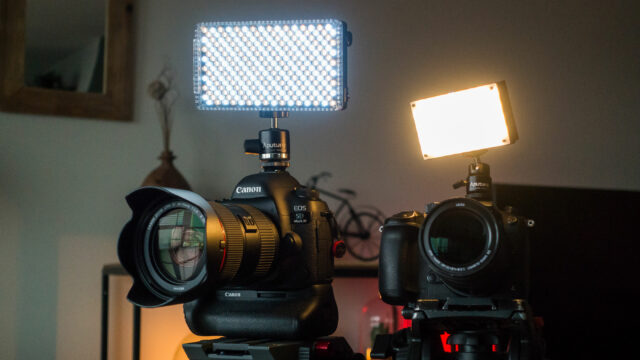 The newly announced Amaran F7 by Aputure is a larger light than the MX, but with a cheaper built (no metal used here) on a larger surface, as you can see in our review. It has twice the amount of LEDs (256) compared to the MX.

Aputure was really innovative with how they solved the “bi-color” dilemma in this light – for the first time ever, a bi-color light has 100% brightness output when set to 5600K.

Here’s how Aputure explains it in their press release:

Bi-Color lights generally only have 50% of the output of a similar daylight panel because they alternate every other LED between 3200k and 5600k, but the ability to change color temperature on the fly has proven to be essential for many filmmakers that are used to working in fast-paced environments. The Amaran F7 solves this problem by adjusting the color range of the LEDs from 3200k to a whopping 9500k. This places the middle color temperature at a perfect 5600k, meaning that for the first time ever, filmmakers have a bi-color light that still has a 100% brightness daylight output for when they need that extra kick.

This is a huge deal – most LEDs can’t really be dimmed to 0% even if the label shows it, and the Amaran F7 seems to be capable of just that. (Usually it “jumps” already to around 10% when starting the LED at the minimum setting of any light.)

The light is powered either through D-Tap or Sony NP-F style batteries. Like the MX, it’s supposed to have a CRI and TLCI of more than 95. 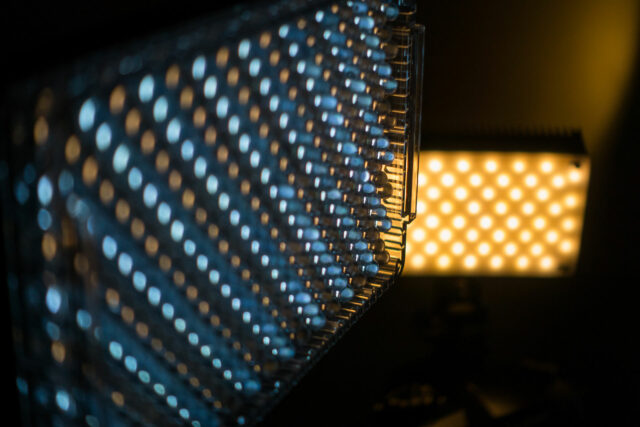 The Aputure Amaran MX is available starting today for $149, the Amaran F7 also today for $98.

What do you think about Aputure’s new lights? Can you see yourself use them in the future on your productions, and for what purpose? Let us know in the comments below.

Thanks to Eric van Vuuren for this video review plus the photos – check out his own personal (Dutch) YouTube channel by clicking here: https://www.youtube.com/user/MrCreativeric