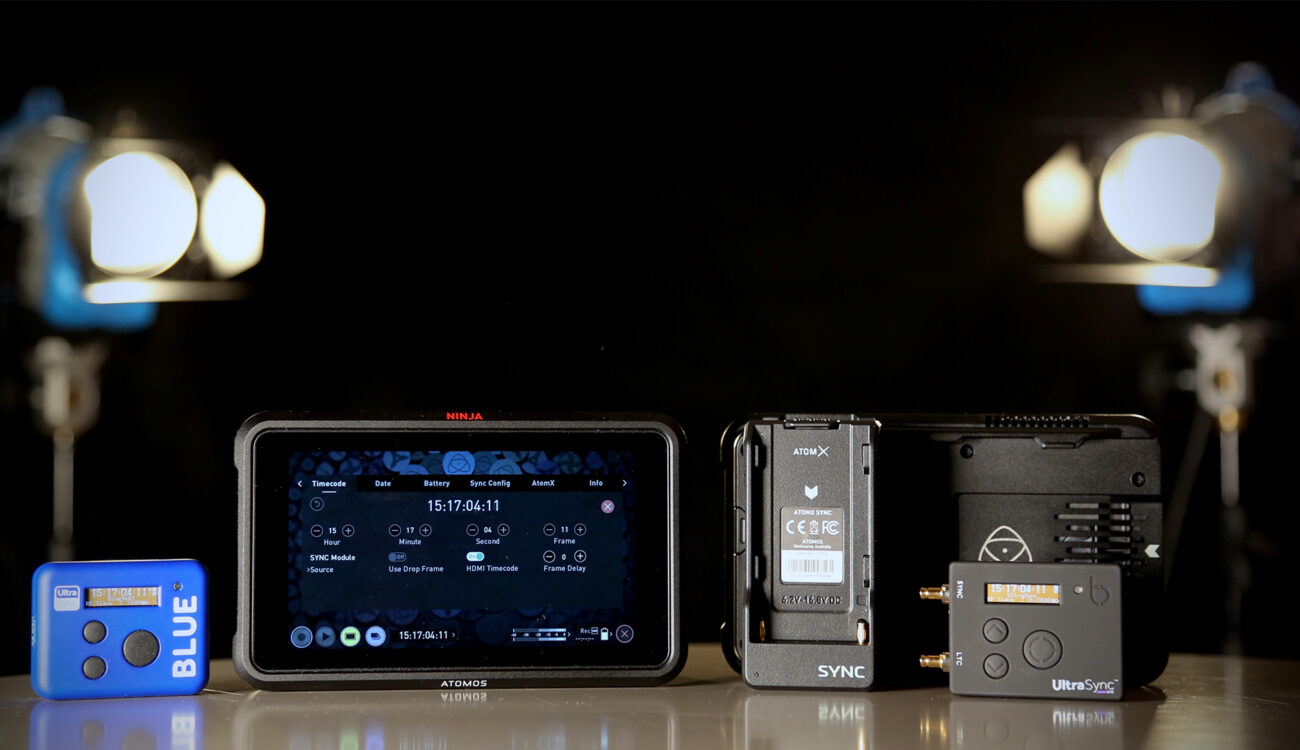 Atomos announced that it has acquired Timecode Systems, a UK-based manufacturer of wireless sync technology. Their plan is to create what they call “truly connected multicamera solutions”.

Who are Timecode Systems?

Atomos has acquired Timecode Systems, a UK company specialized in timecode synchronization. As a manufacturer of timecode generators, they are well known for their UltraSync ONE, UltraSync Blue and SyncBac Pro solutions and products. These cover solutions for DSLRs, DSLMs, pro audio equipment, film and broadcast cameras, wireless transmission via Bluetooth and synchronization solutions specially designed for GoPro Hero models.

Many international professional productions that set the bar in television and movie industry alike are depending on Timecode Systems’ solutions already today. These include “The Grand Tour”, “Top Gear”, “James Bond” and Marvel movies. The equivalent technology behind the wireless control modules and sync units will be integrated across the next generation of Atomos’ product range and additionally presented at no cost within an SDK to third party manufacturers of smart devices, audio gear, cameras and more.

Often editing time and post-production are a bottleneck and more simplified synchronization could speed up those processes on a day to day basis. These new joint operations of Atomos and Timecode Systems will hopefully help with otherwise arduous steps spent in the editing suite while ingesting or synchronizing files or preparing multicamera sessions in post. These new options could save a lot of time and make multicam shoots more “mainstream” and easier to implement when using a multitude of different camera models.

The well-known Atomos Ninja V 5″ recorder/monitor with HDR capability will be extended soon with the brand new AtomX Wireless Sync module. This new product is already jointly designed and created with concerted efforts by Timecode Systems and Atomos. It will bring seamless synchronization of multiple Ninja Vs and with other pieces of gear with integrated Timecode Systems functionality. Thereby daisy-chained Ninja Vs will also be wirelessly controllable while freely choosing which unit will serve as a slave or be the master.

We’re curious to see what the integration of Timecode Systems with Atomos technology will ultimately bring along. Where do you think this will all lead? Are you looking forward to having timecode sync functions within your Atomos recorders, and how would you use it? Let us know in the comments below.