Earlier this month, we already talked about the Atomos AtomX SDI module for the Ninja V recorders. During NAB 2019, we had the opportunity to speak with Atomos’ CEO Jeromy Young about the first module released for the Ninja V. 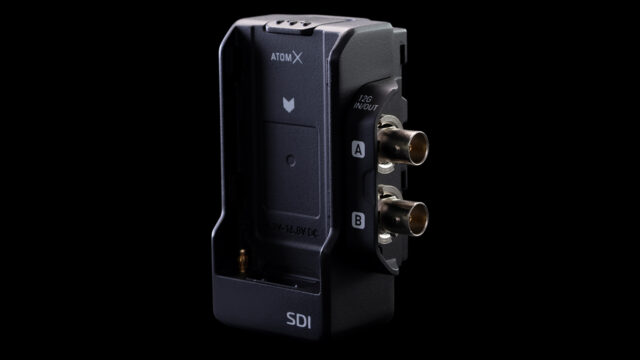 The Atomos Ninja V is a compact and powerful monitor/recorder with a lot of useful built-in monitoring tools and a plethora of available recording formats – including ProRes RAW, but only via HDMI. And the only cameras that output RAW via HDMI so far are the Nikon Z 6 / Z 7 (explained here). The AtomX SDI module, however, will add SDI input and output to the Ninja V, yet without the possibility to record RAW via this connection (for example by using a Sony FS5, FS7 or Panasonic EVA-1 – you will still need a Shogun 7 or Shogun Inferno to record ProRes RAW from these cameras.)

The SDI module features two 12G SDI ports. The ports are bi-directional: they are not only In and Out ports. You can set them to fit your needs, may it be dual-link SDI in, one as SDI In and the other as SDI out, and even as two separate SDI inputs if you need to switch between the two signals. Otherwise, one thing the AtomX SDI module can’t do is cross-convert your HDMI input and output it through an SDI port. 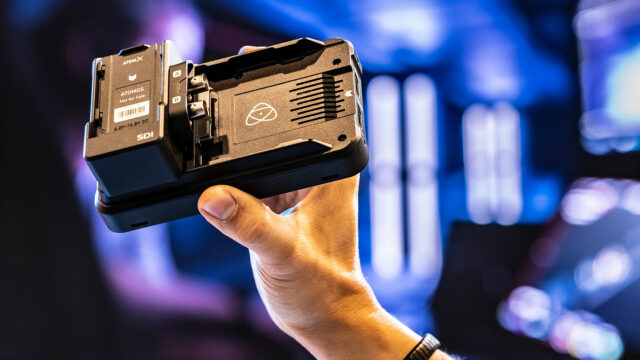 In terms of resolutions, you can record up to 4K60p or up to 2K240p via the SDI module in Apple ProRes or Avid DNx formats. The AtomX SDI module is firmware upgradeable through the Ninja V. So, additional features like cross-conversion may be added in the future. The same NP style battery powers the Ninja V and the SDI module. 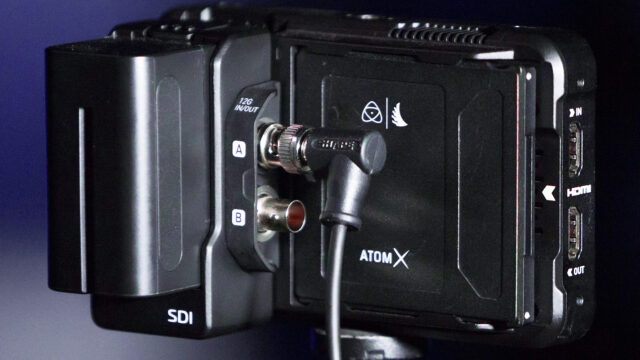 What do you think of the AtomX SDI module? Do you consider buying it for your Ninja V recorder? Let us know in the comments down below!