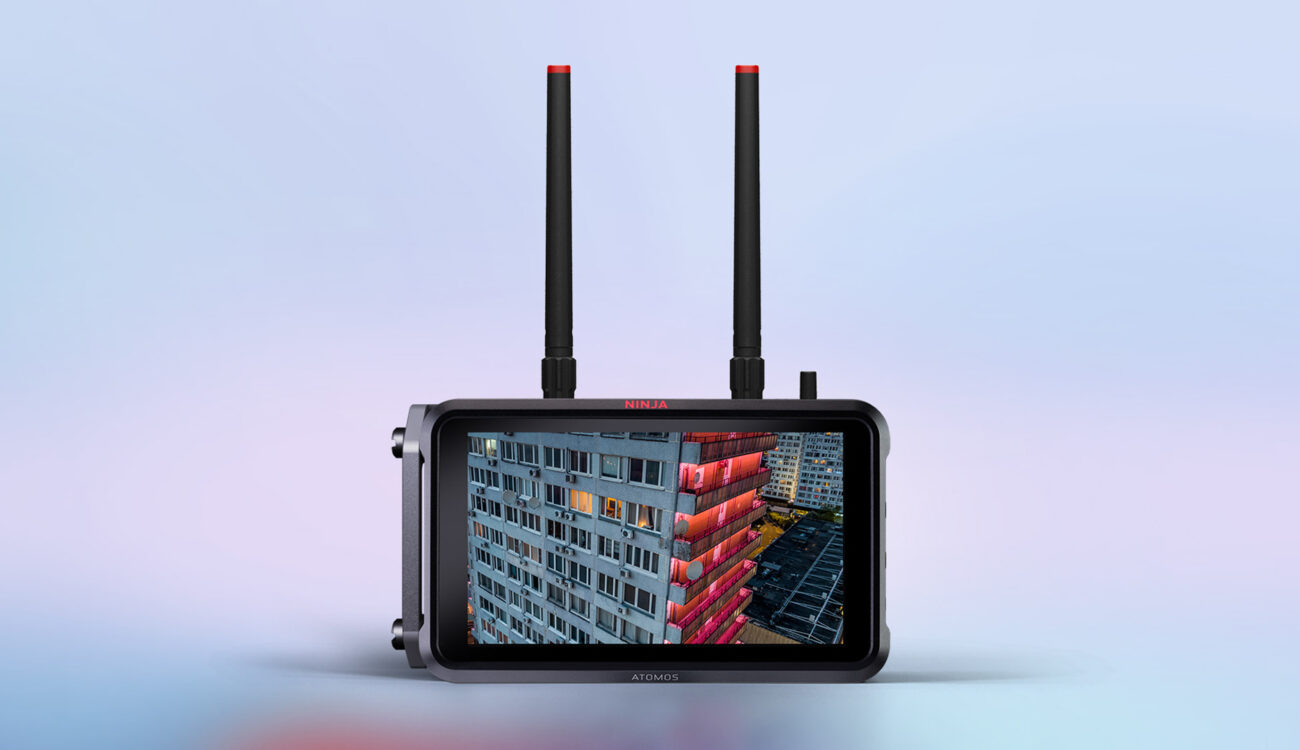 Yesterday, Atomos introduced their first-ever network-connected devices with integrated Frame.io Camera-to-Cloud capabilities: the Atomos Connect accessory for Ninja V/V+ and the Shogun Connect 7-inch monitor/recorder. You can learn everything about these new revolutionary devices in this article here.

Today, the company is widening their offering by announcing Atomos Cloud Studio. This new cloud-based platform offers services that aim at supporting and exploiting the capabilities of the newly-released devices. It consists of an extensive and cost-effective series of tools for live video production, streaming, and more.

Upon launch, the new Atomos Cloud Studio platform, developed in partnership with MAVIS, will initially consist of 2 main services: Capture to Cloud and Stream. At the core of this collection of tools are the capabilities of the newly-released Atomos Connect accessory for Ninja V/V+ and Shogun Connect monitor/recorder. Let’s take a closer look at these services in detail.

The new Atomos Connect for Ninja V/V+ and Shogun Connect monitor/recorder aim at closing the gap between production and post. Indeed, they support direct camera-to-cloud upload.

Both devices allow for simultaneous recording of a high-quality “hero” version of the footage (DNxHR/DNxHD/ProRes/ProRes RAW) and a lighter proxy variant (H.264/H.265). The latter can be instantly uploaded to a cloud-based platform and the process begins while the camera is still recording! This allows team members to share footage on-the-fly for review and remote collaboration without the need of waiting for cards to be offloaded.

As unveiled yesterday, Frame.io is the first cloud-based platform to receive support from Atomos products. However, the Australian company also announced they’ve been working on integration with other file-sharing services.

What’s great about Atomos Capture to Cloud is its democratic approach. Indeed, this technology is compatible with a vast number of cameras. These range from high-end cinema and mirrorless models to smartphones (more on this later). Furthermore, all these different devices can be synced via Atomos AirGlu™ wireless timecode lock technology, which is smartphone-compatible via Bluetooth and also works with Atomos UltraSync.

The new Atomos network-connected devices also feature direct live streaming to some of the most popular platforms. These include YouTube, Facebook Live, and Twitch. This is made possible by the new Atomos Stream service which relies on industry-standard encryption to safely transfer your data.

Upon launch, the units will on be capable of streaming to a single platform at a time. However, Atomos announced that simultaneous delivery to multiple platforms will become available later this year via a “premium service”.

Along with Capture to Cloud and Stream, Atomos and MAVIS are also joining forces to provide an exclusive preview of Atomos Live Production. This set of tools is here to replace a professional control room for live video and remote collaboration. So forget a truck full of complicated gear and hardware for your next live event coverage!

Atomos Live Production aims at reducing the complexity of this type of video work. Its cloud-based tools include a video switcher, sound mixer, built-in graphics, and effects. Basically everything you need to make the live event look good on screen!

By including the new Atomos Connect and Shogun Connect in your multi-camera setup, all video and audio sources will be synced and streamed directly to Atomos Live Production. Its tools can then easily be accessed from a browser, an iPad app, or a compatible control panel. Anytime, anywhere and on a budget!

The director and crew working on the live show can view, produce, and mix footage on the go, even from remote locations. In fact, communication between team members shouldn’t be an issue, thanks to an integrated talkback technology. This ensures the crew can communicate easily, only using their iPhones.

To celebrate the return of the NAB Show, Atomos also partnered up with MAVIS to develop a special version of the MAVIS Pro Camera app for the iPhone. This new version natively supports Capture-to-Cloud integration with Atomos Cloud Studio and will be available for free for the whole duration of the NAB Show. This smartphone solution seamlessly integrates with other Atomos devices, even supporting the AirGlu™ wireless timecode sync protocol over Bluetooth.

The app allows for 4K 10-bit HDR video recording and slow-motion capture up to 240fps (depending on the resolution). Users can choose between the H.264/H.265 codec and also Apple ProRes (up to 4K30) on the new iPhone 13 Pro and iPhone 13 Pro Max.

Finally, the MAVIS Pro Camera app comes packed with a large number of monitoring tools similar to those of Atomos products. These include waveform, false color, anamorphic de-squeeze, and frame guides, to name a few.

Like the new Atomos Connect for Ninja V/V+ and Shogun Connect, Atomos Cloud Studio services will be available starting June 2022. The platform will be free for an initial promotional period of 3 months. Afterward, it will turn into a monthly-based subscription with prices lower than $10/month. A free plan with limited features will still be available.

Moreover, if you’re curious about experiencing all the capabilities of the new Atomos devices and Cloud Studio in action, you can do so by visiting the Atomos booth (#C9526) at NAB Show in Las Vegas (April 23-27th).

Are you a content creator or streamer working with live events on a daily basis? What do you think about the new Atomos Cloud Studio? Let us know your thoughts in the comment section below!