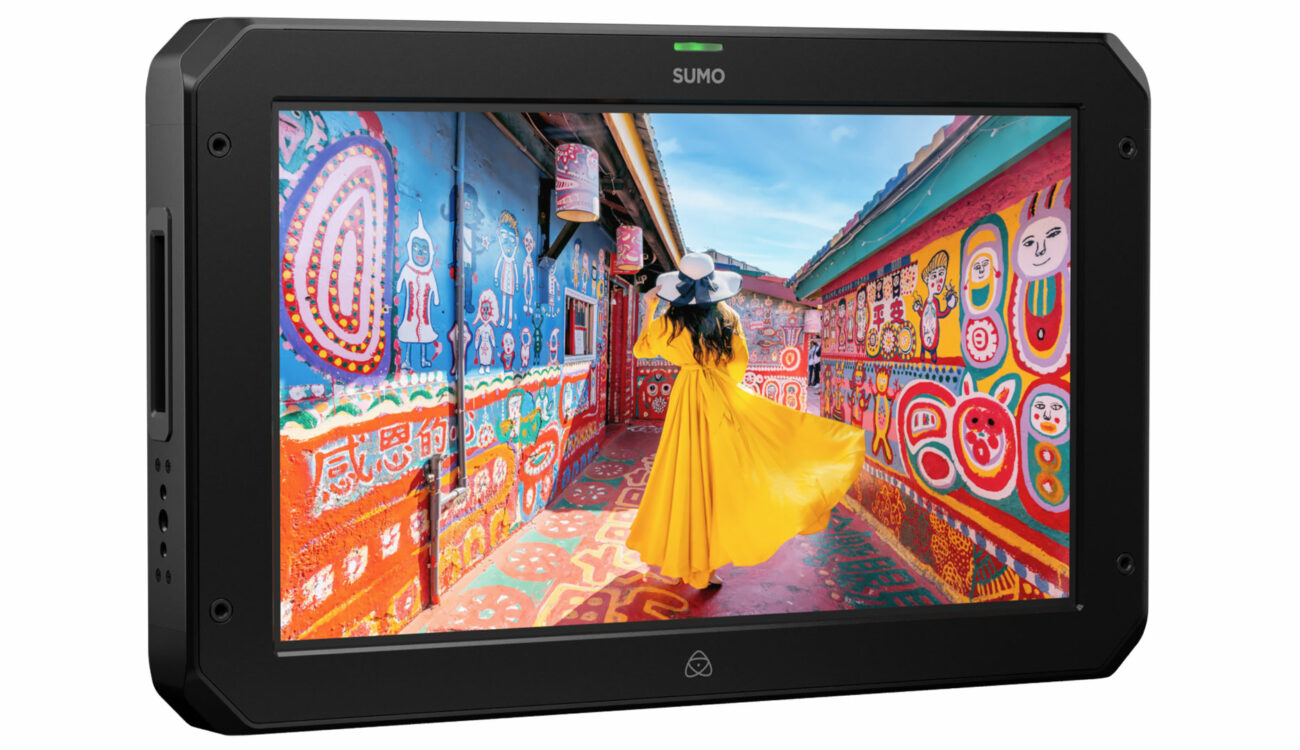 Atomos Sumo 19SE features a 19″ 10-bit QLED touchscreeen display with 1920×1080 resolution and 1200 nits brightness for HDR monitoring. It can record ProRes RAW up to 6K 30p or ProRes and DNxHD in 10-bit 4:2:2 up to 4K 60p and act as a live video switcher with ISO recording. The device features four 3G-SDI inputs (with two 12G-SDI inputs), one 12G-SDI output, as well as HDMI 2.0 input and output connectors. For audio, there are two XLR inputs with phantom power as well as two XLR outputs. The Sumo 19SE is available now for $1,995.

The Australian monitor-recorder manufacturer Atomos has recently been innovating its smaller products, such as the 5″ Ninja V and (to a certain extent) also the 7″ Atomos Shogun 7.

Atomos, however, also make larger devices such as the Neon line or the 19″ Sumo. The latter just got a successor – the Sumo 19SE. Let’s take a look at what is new.

As its name implies, the new Sumo monitor/recorder again features a 19″ screen. The original Sumo was announced during the NAB in spring 2017, so it has been more than five years. What is new with the Sumo 19SE?

The touchscreen display has the same size and resolution (1920×1080, 19″), but the new 19SE features an 8-bit + FRC QLED (quantum dot OLED) display, while the first Sumo had an IPS LCD display with 8-bit + FRC. With 1200 nits, the brightness stayed the same on paper. Atomos claims that the new Sumo 19SE can provide HDR monitoring with HLG and PQ curves.

In terms of I/O, the new Sumo 19SE now has four 3G-SDI inputs with two 12G-SDI that are backwards compatible. What also remained unchanged, is the HDMI 2.0 input, HDMI 2.0 output, as well as one 12G-SDI output. For audio I/O, the new 19SE also features two XLR outputs and two XLR inputs and a headphone jack.

ProRes RAW recording up to 6K30

Any SDI or HDMI video source can be recorded in up to 4K 60p 10-bit 4:2:2 in Apple ProRes or Avid DNxHR codecs. It supports ProRes LT and DNxHD 36 for extended recording times.

Thanks to 4x ISO and program record, the 19SE can record four sources (in up to 1080p60) separately as well as the fifth “program” channel of the mixed feed. Switching is asynchronous, allowing the use of cameras that do not support timecode/genlock inputs. The device provides signal cross-conversion with 4K>HD down conversion options.

The full-size XLR connectors have 48V phantom power for connecting two external microphones with balanced analog audio recording and monitoring. The Sumo 19SE has dedicated meters, gain controls and adjustments for frame delay on each channel. Mic or line-level audio can be seamlessly synchronized with embedded audio from HDMI and SDI sources.

The full specs of the Atomos Sumo 19SE can be found here on the Atomos product page.

The new Atomos Sumo 19SE can be purchased right now for $1,995 (around €2,400 including VAT in Europe). On top of the monitor itself, you will also get a Master Caddy II, BattWing mounting bracket, mounting screws, two desktop feet, and an AC power supply.

Do you use the original Atomos Sumo in your productions? Do you think the new 19SE is worth upgrading to? Let us know in the comments section underneath the article.