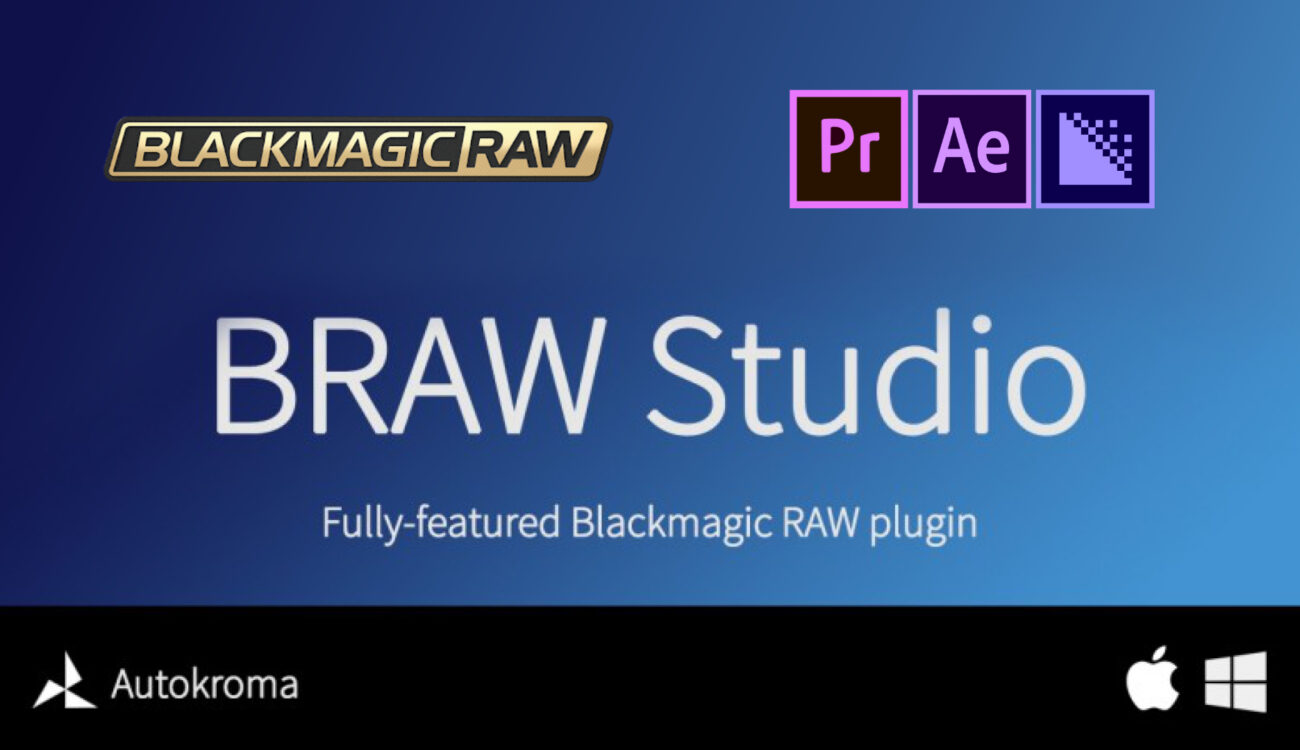 With the new 2.5.1 update, BRAW Studio runs on Apple Silicon Macs now. The new Apple CPUs are based on the ARM architecture instead of x86 like previously. Thus, software producers need to adapt their programs to work flawlessly and make use of the benefits of the new architecture. FYI, BMD’s own Blackmagic RAW SDK already has supported Apple M1 Macs for a bit over two months by now.
The new version also supports MFR (Multi-Frame Rendering) in the beta versions of After Effects 2022.

Of course, it’s a valid question, why you should use BRAW Studio instead of BMD’s free official RAW SDK utility, which also adds support for Premiere and After Effects. My colleague Jakub Han wrote a detailed comparison in an article last year.

But to sum it up here: BRAW Studio features a lot of functions like global presets, a panel for easy and quick grading, and Metadata. Autokroma claims that BRAW Studio runs smoother and offers support for their plugins.

Autokroma also has a blog post on why they recommend using their plugin over the official one, you can find it here.

Blackmagic’s plugin is quite minimal with not a lot of settings. They are obviously focussing on DaVinci Resolve and the symbiosis with BRAW.

Who is BRAW Studio for?

I’d say BRAW Studio is ideal for people who don’t want to work with DaVinci Resolve, but still want to use BRAW to the best of its capabilities.

The plugin is available on their site for 69.50€, you can also download a trial that allows playback of 500 frames.

Would you use BRAW Studio over the Blackmagic RAW SDK? Let us know in the comments.