Providing compactness for on-camera microphones, the Azden SGM-250CX is designed around small DSLR and mirrorless cameras for run and gun shooting.

Capturing high-quality on-camera sound when filming run-and-gun style as a single shooter can be a challenge. Azden aim to combat this with the SGM-250CX microphone, designed for on-camera use from DSLR and mirrorless cameras up to small production cameras. 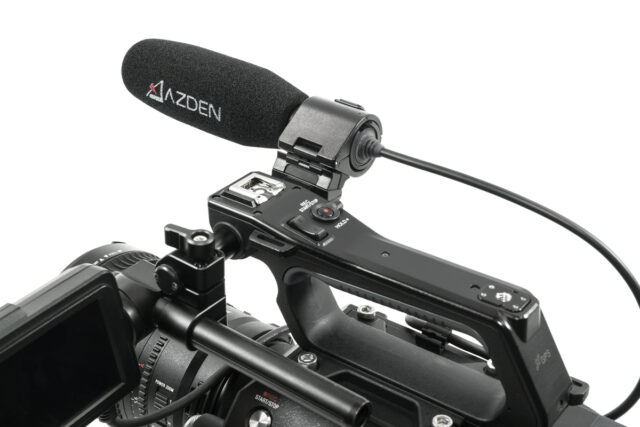 With size and performance in mind, the microphone barrel has been kept considerably short for an XLR shogun microphone, with a length of 153mm. It is powered via +48V phantom power and not from an internal battery, so it is recommended to use it with an on-camera audio device such as the Sony XLR-K2M or Panasonic DMW-XLR1E.

The SGM-250CX connects via XLR, which is much more ideal for integrating into a professional sound solution than a mini jack. It also means the microphone can be used on video cameras with XLR inputs.

The Azden SGM-250CX is available now, and at a reasonable price of $199.00 it certainly is an affordable solution for on-camera sound.

Are you looking for a high quality on-camera and XLR microphone for your filming? Let us know in the comments.